Mei Lin and I dropped by at Pulau Jong this morning after we went to check out her clams in the Deep South. 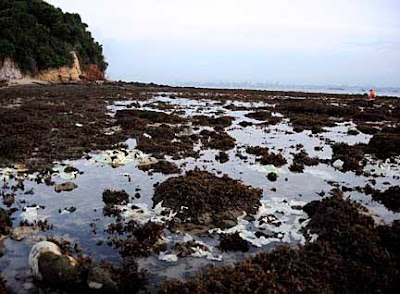 Our trip to Jong was short as the tide was already turning when we arrived.

Alas, there is still quite a bit of bleaching going on at Jong. The pale and white leathery soft corals were quite obvious. 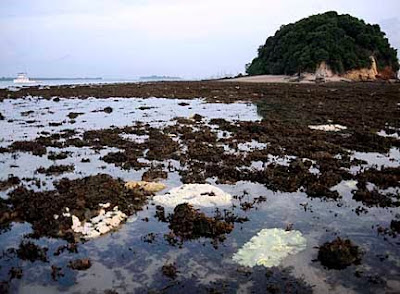 Here's another view of the Jong reef flats with the Semakau Landfill on the horizon. 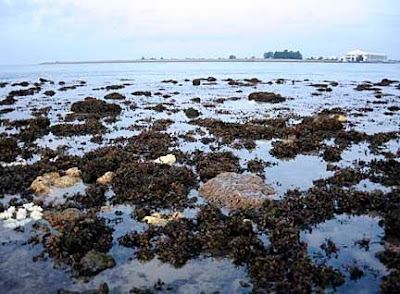 Many of the large leathery soft corals seem to be 'splitting up' into smaller colonies. I'm not sure what is going on. 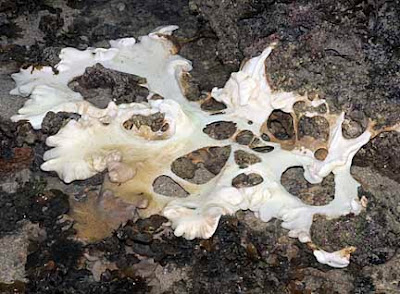 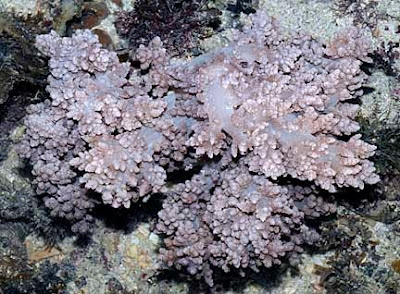 And I saw one large Cauliflower coral (Pocillopora sp.) that looks perfectly normal! 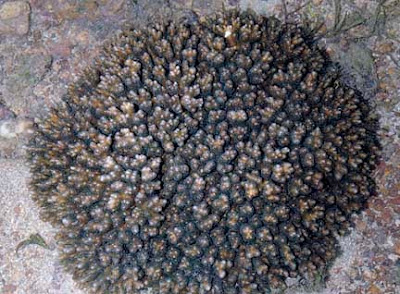 As for the other hard corals that we saw on our very short trip, some were still bleached but there were many that looked normal or only had small portions of bleaching. 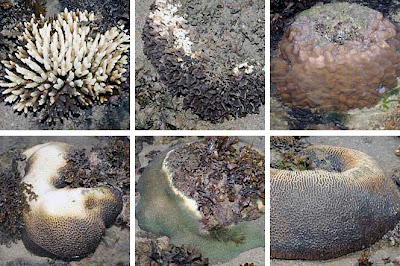 I came across this strange creature that I had seen on Cyrene recently. It too had dead central 'branches'. 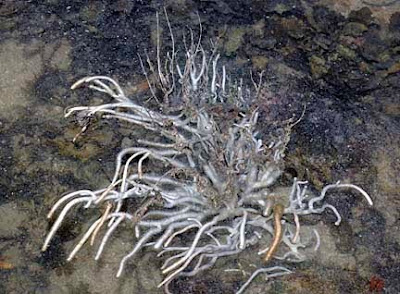 Mei Lin checked on the two large Fluted giant clams (Tridacna squamosa) that are found on Pulau Jong. They are both still fine. 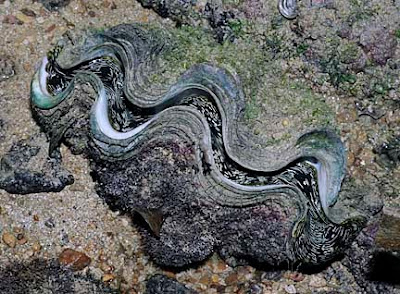 Compared to the big ones above that are about 30cm long, we earlier visited a cute small one below that was only about 15cm long! 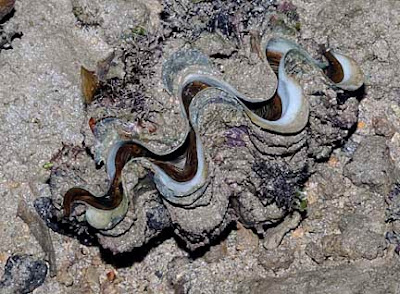 Wow, we sure have a lot of giant clams on our shores!

Today, all the different shores we visited were abloom with Sargassum seaweeds (Sargassum sp.). These tough large long seaweeds grow on dead coral and can form a golden brown curtain on the reef flats. 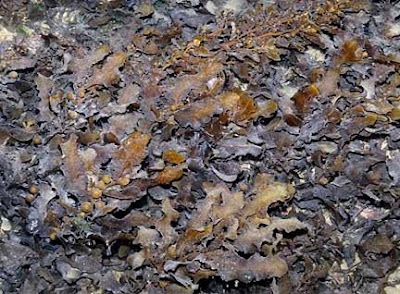 The Sargassum bloom makes exploring the flats nerve-wracking as we have to step very carefully to avoid hurting corals and other animals. And to avoid stepping on Mr Stonefish. Poor Ivan got stung by a stonefish during a Sargassum bloom. We shall have to be more careful in our trips in the months ahead.

See also Mei Lin's blog for more about the giant clams, her work on them and other sightings on Pulau Jong.

Tomorrow, we explore another submerged reef for the first time!
Posted by Ria Tan at 4:34 PM