Today, another night trip to Cyrene! We land at 4am in the dark of the new moon. 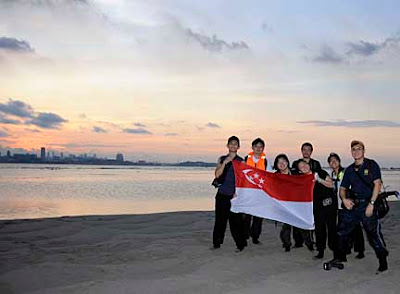 At sunrise, we hurriedly take a group shot as the tide was rushing in! I can't think of a better way to celebrate National Day!

Among the sightings that made my day, was this pair of Saron shrimps (Family Hippolytidae)! My first sighting on Cyrene Reef. These large handsome shrimps are very shy. After a few flashes, they slink away into a crevice. 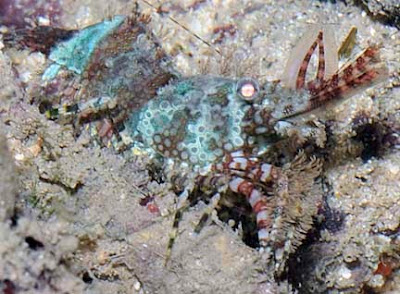 An intriguing encounter was with this strange animal, curled up in an Asparagus flowery soft coral (Family Nephtheidae). At first I thought it was the arms of a large brittle star. But I couldn't find a central disk, and it seems to be one long worm-like animal. I have no idea what it is! 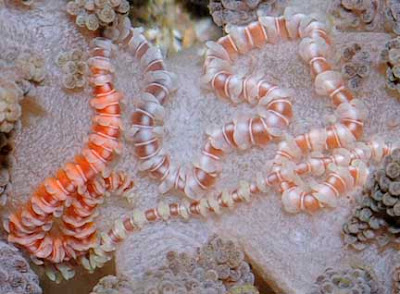 Tiny colourful brittle stars (Ophiothela danae) are sometimes seen in the flowery soft corals. And here's the arms of some brittle stars near the strange creature. 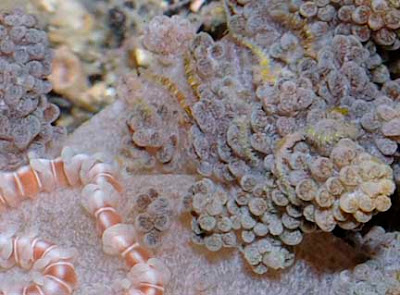 Another tiny animal taking shelter in the soft coral is this very small green shrimp. 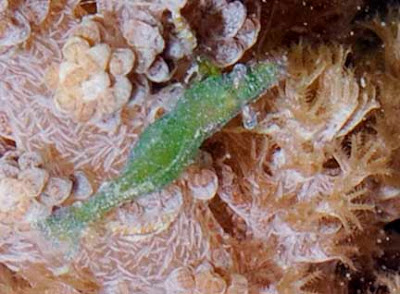 In a branching Montipora coral (Montipora sp.) I saw a pair of these small fat shrimps with pretty stripes and what seems to be giant pincers! They might be Pontoniine shrimps which live in symbiosis with other animals. 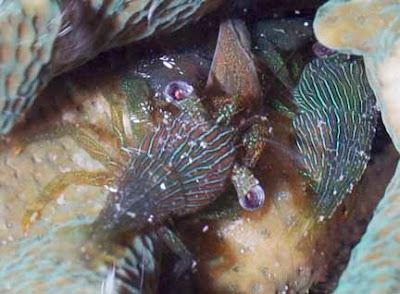 Another crustie-in-a-coral, is this tiny red crab (possibly from the Family Trapeziidae), in an unbleached Cauliflower coral (Pocillopora sp.). 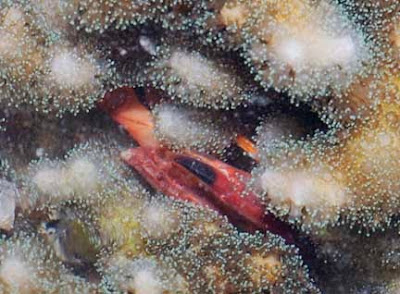 There are lots of big crabs too. At night, many of these fierce Red-eyed reef crabs (Eriphia ferox) prowl Cyrene. I hardly see any during the day. 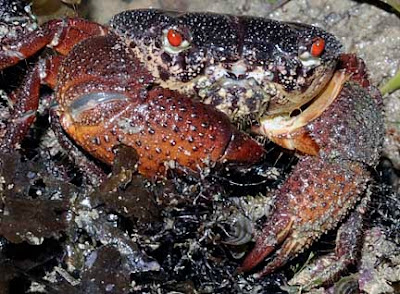 It's always a delight to encounter the brightly coloured Mosaic crab (Lophozozymus pictor), even though it is the most poisonous crab in Singapore! 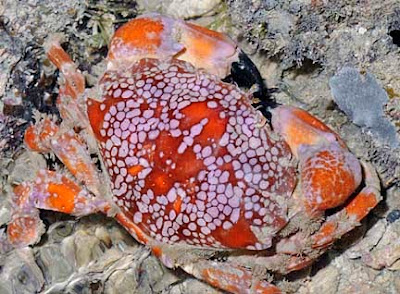 The only nudibranch I saw was one Glossodoris atromarginata. I also saw one Starry flatworm (Pseudobiceros stellae).

I almost missed this Painted scorpionfish (Parascorpaenea picta). It's so well camouflaged! And it's my first sighting for Cyrene! 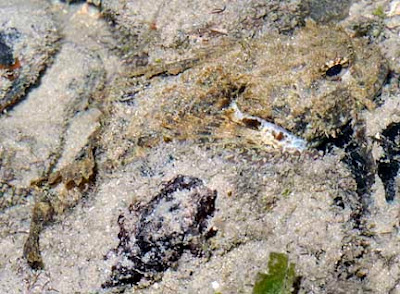 I saw this odd little fish which I think is the Yellow cuskeel (Dinematichthys iluocoeteoides). My first time for Cyrene! 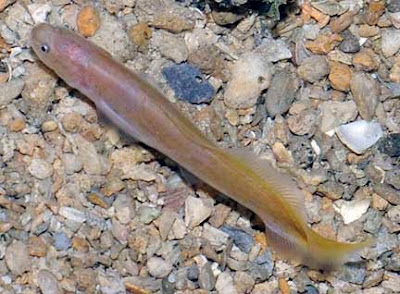 I saw once again, this strange looking organism. Alas, the 'branches' in the centre seems to have died out and the entire colony looks bleached. 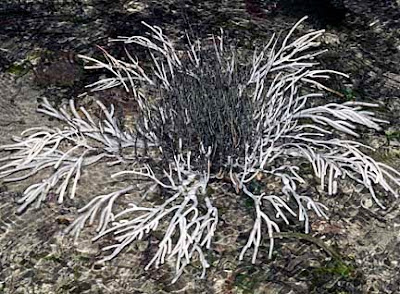 It is probably some kind of soft coral, because the tiny polyps have branched tentacles. 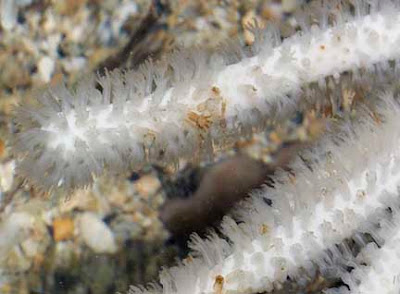 There is still a great deal of bleaching going on. It's hard to be sure in the dark. I did see many leathery soft corals (Family Alcyoniidae) that were unbleached, with about 20% still bleaching. Most of the Asparagus flowery soft corals (Family Nephtheidae) that I saw were not bleached. I didn't see many hard corals today as I couldn't get to the reef edge. I often came across situations like the one in the photo below: one totally bleached hard coral next to one that is totally not bleached. 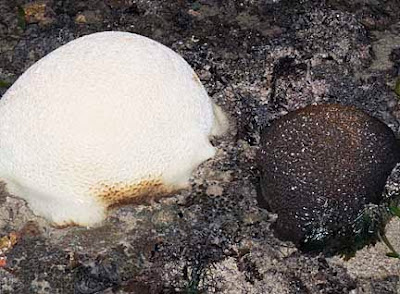 Another pair of bleaching and unbleached hard corals. More about coral bleaching on Bleach Watch Singapore. 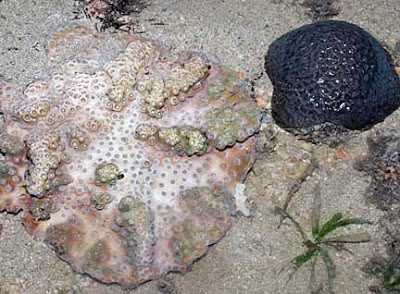 About 20% of the Favid corals (Family Faviidae) that I saw were bleaching, many with small patches of bleaching. But many were their normal bright colours. 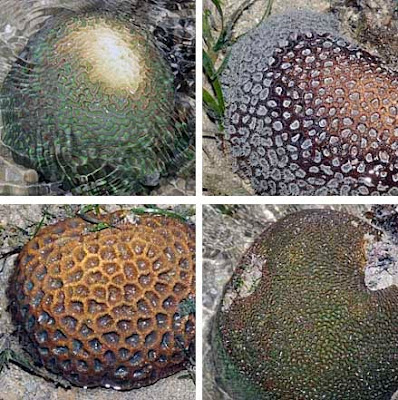 There were many Frilly sea anemones (Phymanthus sp.). Some were bleaching white or a luminous yellow. Others were in strange colours. 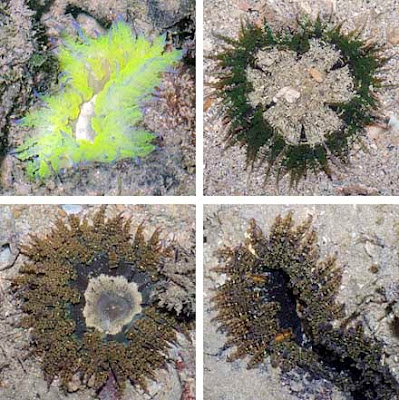 I saw one Snaky sea anemone (Macrodactyla doreensis) that was not bleached. The rest of the team saw two of these anemones. We wonder why we haven't come across any Fire anemones (Actinodendron sp.) on Cyrene. 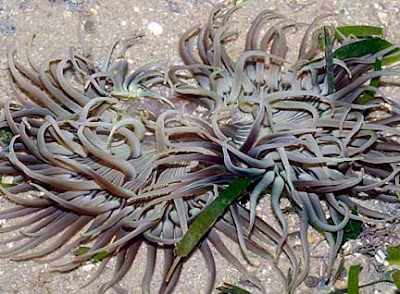 The rest of the team had lots of other interesting encounters! From teeny tiny knobbly sea stars to strange snails and anemones. See the links below.

Sadly, we encountered giant fish traps again today. I saw two traps, while Sam saw four. One of the traps I saw looks like it was salvaged from a trap that had been stomped on. 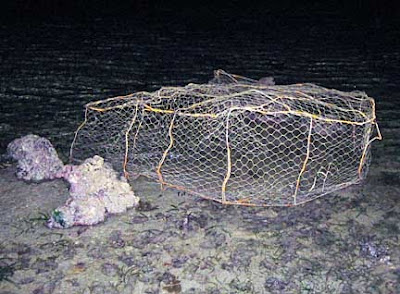 Besides affecting fishes on the reefs, fish traps are often weighted down using live corals or life-encrusted coral rubble. 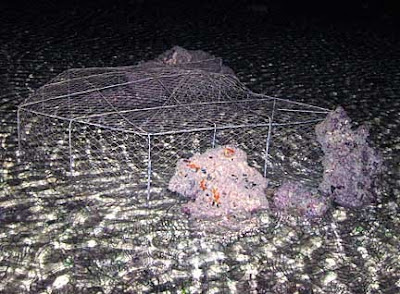 This was one of the fishes seen in the trap. The other was a small filefish (Family Monacanthidae). 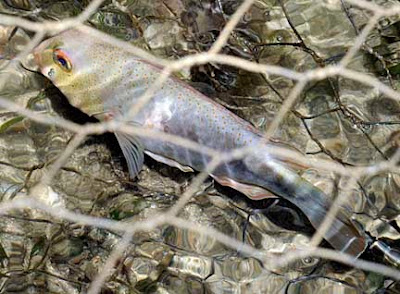 The fishes were released and the traps dealt with. We also encountered 7 large fish traps on our trip to Cyrene last month. It is indeed distressing to keep encountering traps and driftnets on reefs that are already suffering from bleaching.

I enjoy night trips because it's cool, the animals are more active and we get to enjoy a glorious sunrise! I only had time to take a few shots before the tide rushed in over the many many Knobbly sea stars (Protoreaster nodosus) on Cyrene. 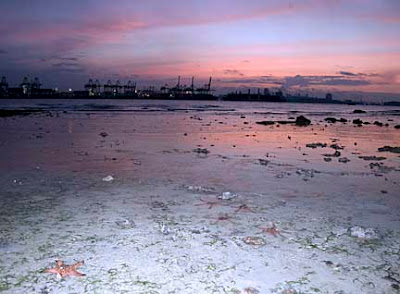 By the time we left Cyrene, the tide was really high! 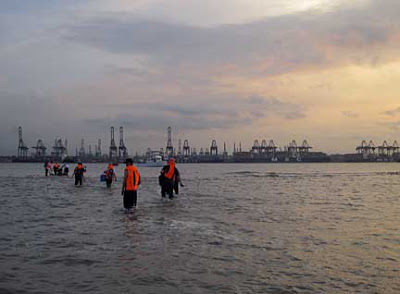 I'll be back on Cyrene later in the week! Can't wait!

Other posts about this trip by