It was a glorious blue sky day. But alas, in addition to the overpowering smell of petroleum, there was crude on the water. 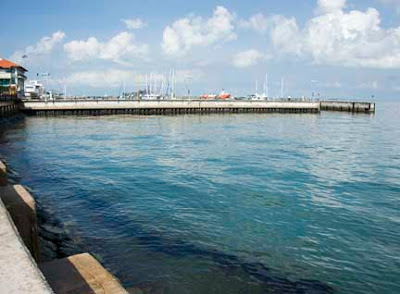 My first stop was at the SAF Yacht Club at Changi East.

There was a ring of black crude floating on the otherwise clear water, near the seawall. 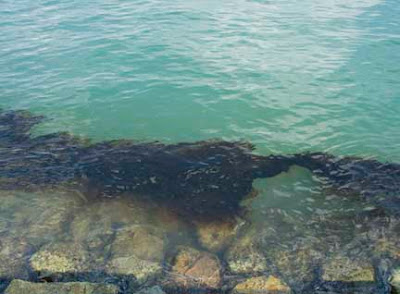 There were many workers out in the sun dealing with the oil. 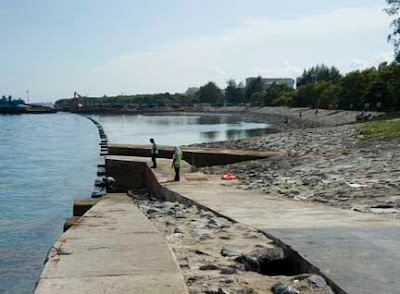 Some were spraying what must be dispersants onto the slick. 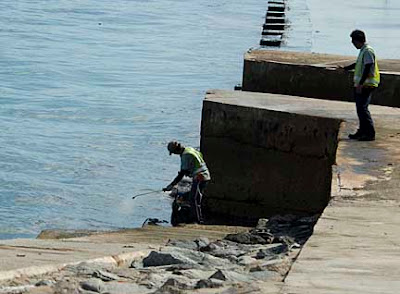 Others were on the high shore. I'm not sure what they are doing. 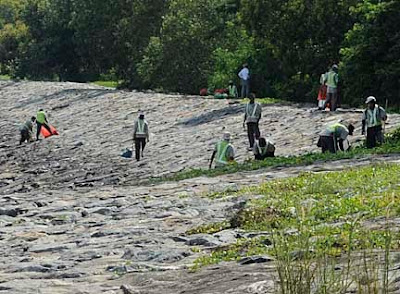 Further out was a floating patch of slick. 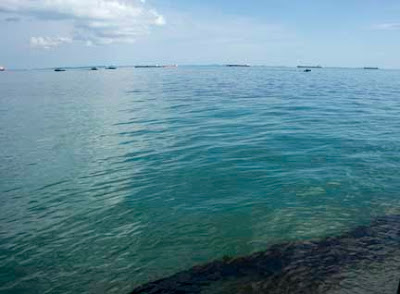 A pair of boats appear to be laying out a boom to trap this slick. 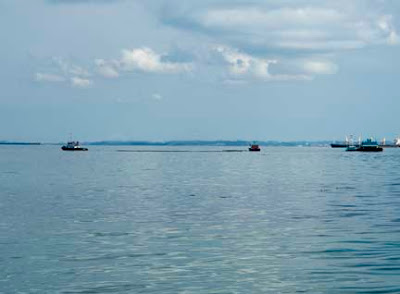 An MPA boat zooms through the slick. But I don't see a skimmer boat nearby. I sense that the plan is to rely entirely on dispersants to get rid of the slick. Out of sight, and all that. Sigh. 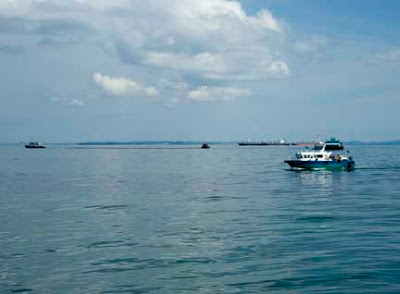 The colour of the water around the MPA boat clearly shows where the slick is. 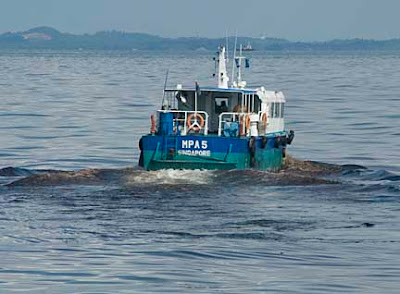 Here are more workers, with their gear and lots of tins of what must be dispersants. According to reports, 41 tons of "non-toxic and bio-degradable" oil spill dispersants are being used on this spill. 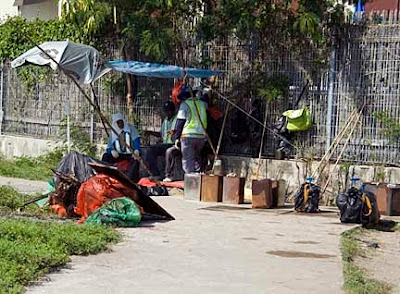 I head next to the shore in front of NSRCC. Again, the smell of petroleum greets me when I arrive. There is a line of slick along the seawalls of the canal. Yesterday, the water in this area was clear, except for a suspicious sheen on the surface. 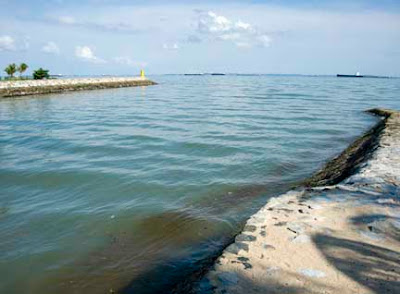 Going down to the shore, the water is not very good. Yesterday, it was quite clear at this spot. 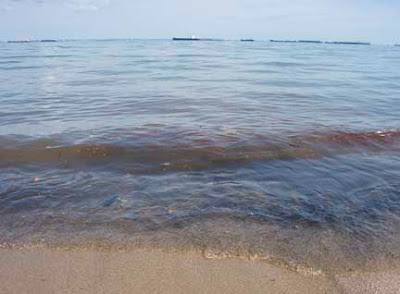 A little further down, the water is really bad. There is a thick layer of brown-black stuff floating in the water. So the entire thing resembles hot chocolate or a chocolate pudding. 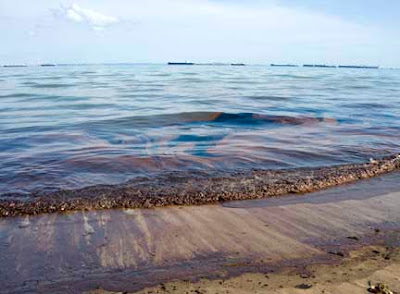 Here's a closer look at it. The orange stuff makes pretty swirly patterns on the black stuff, except that it's deadly and smells really bad. I felt my skin itch when I got close even though I did not dare to step into it. So it's probably not a good idea to handle the stuff. It's probably not just oil, but also dispersants! 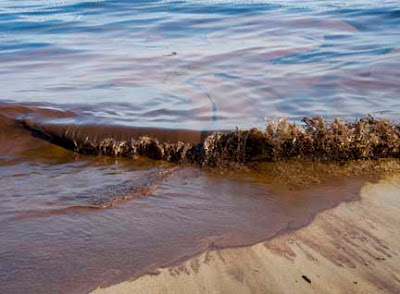 The affected stretch of water seems quite long. And yet, there is not a single worker here. In the distance, is the skyline of the central business district. 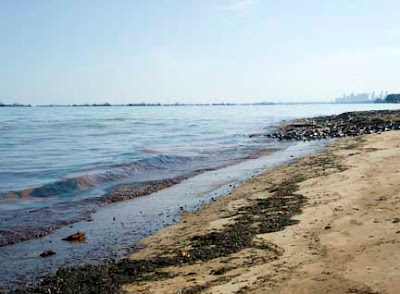 Another sign of spills are plastic bottles blackened with crude. On the shore, there were a few with varying coverage of crude. These bottles were deposited today, after the morning cleanup by an army of cleaners that clear all trash daily from these shores.

Ivan has also posted of other sightings of oil slick at the East Coast and Channel NewsAsia just reported slick on the East Coast. And the Straits Times breaking news just issued this satellite photo of the slick. 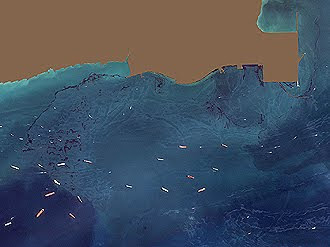 Satellite image taken from above Changi Naval Base (rectangular shaped structure) by CRISP. The bright dots are ships and the oil slick is the patches of black around the coast. -- PHOTO: NUS

Although many people think there is no marine life to be bothered about on these shores as they are reclaimed land and man-made walls, we have encountered some interesting and beautiful sightings here. Such as feather stars, soft corals, sea fans and more on a trip in Aug 09. 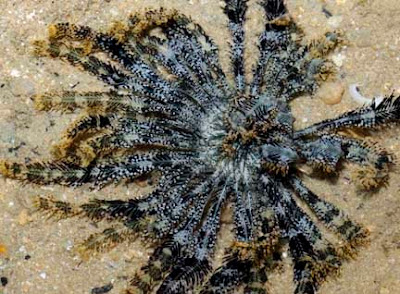 The sandy shores may be reclaimed but they are quite alive! We saw horseshoe crabs, rare snails and more during a trip in Jun 09. 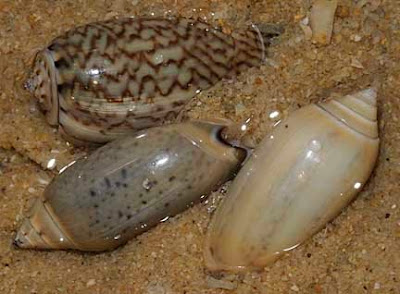 On the artificial walls, wondrous marine life have settled down! 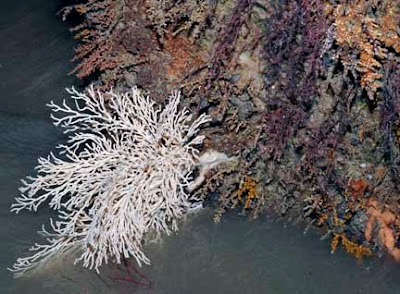 Besides various awesome encrusting animals, we even saw a Bornella nudibranch during our trip in Jun 09. 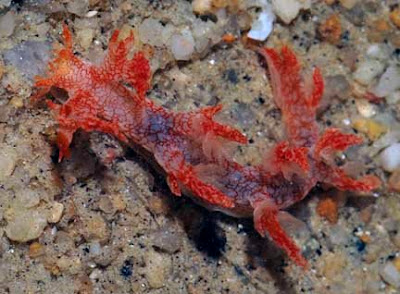 Not to mention that Hawksbills sea turtle hatchlings have been regularly encountered on this shore! And this shore is also a source of new records for Singapore! Such as for surf clams and sea fan snails.

So it is heartbreaking to see the oil washing up here.

And how is Changi doing? I made a quick stop. Ordinary people are enjoying this lovely day out on the beach. In the distance, the mountains of Pengerang. The Johor authorities had earlier told the media that the slick is unlikely to hit Pengerang or Johor shores. 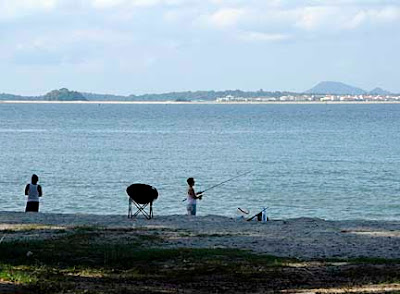 What a relief to see clear waters. There is also no smell of petroleum here. 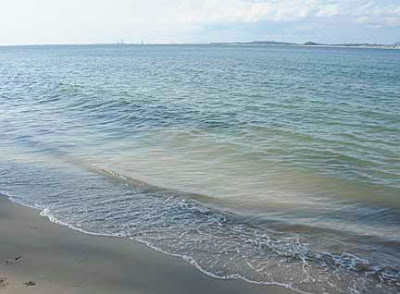 Just to be sure, I make one more stop along Changi. How nice to see kids having innocent fun by the sea shore. In the distance, a dredger near Pulau Tekong, and a gianormous LNG carrier just passed by the SAF ferry terminal. Despite the heavy traffic on waters, our shores are still very much alive and a source of pleasure for many ordinary people. 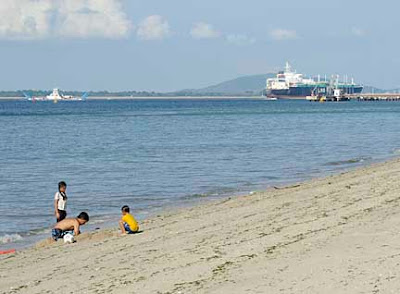 There was a dead jellyfish washed ashore. Which is quite normal. And the water is wonderfully clear and full of seaweeds. As it should be. In the distance is Chek Jawa on Pulau Ubin. 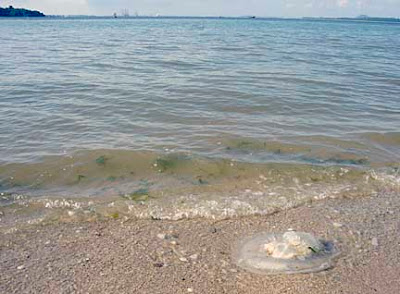 I dread to think of the kind of water that I saw at Tanah Merah washing up on these precious shores!

Tomorrow, the low spring tides begin. I'm not sure if the impact of oil spills will be worse during spring tides. In any case, we have scheduled trips, and will report what we see.

High res versions of the oil slick at the SAF Yacht Club and NSRCC shore have been uploaded on wildsingapore flickr in the folder for pollution. Please feel free to download for media and other uses.
Posted by Ria Tan at 7:00 PM