I saw this 'furry' looking tube worm reaching out for a floating mangrove propagule at Pasir Ris this morning! 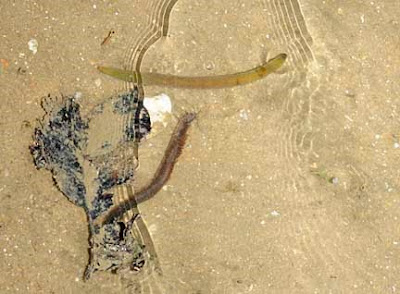 It reached all the way out of its tube and grabbed hold of the mangrove propagule. 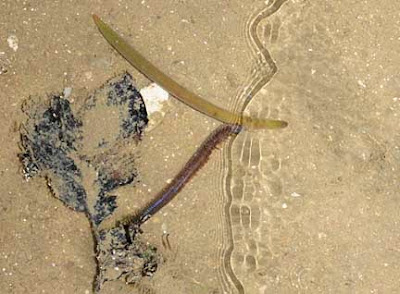 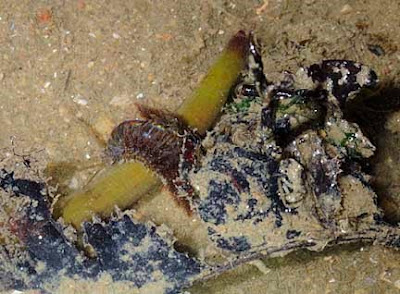 Here's a closer look at the worm. It has eyes, long tentacles and a row of feathery stuff along the body. It's probably the Diopatra sp. tube worm. 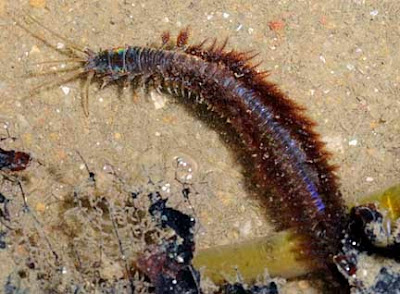 The soft silty shores of Pasir Ris is riddled with all kinds of strange worms. Some had lots of skinny red tentacles.

Others had long skinny banded tentacles.

Are these worms of the Family Cirratulidae?

And just before we left the shore, we saw this odd little worm which seems to have scales along its body. Is it a large scale worm?

Worms may be icky but they form the base of the food chain that supports the myriad other marine life that we find much more attractive.

Here's some of the marine life I saw this morning.
Posted by Ria Tan at 4:36 PM