More than 100 tonnes of fish being farmed in cages in Sungai Teluk Jawa, Johor went belly-up in what was described as one of the worst environmental disasters in the country in recent years.

They were farming the premium giant grouper and tiger grouper, mainly for export to Taiwan, China and Singapore. Kampung Teluk Jawa is one of the state's most popular seafood spots among locals and Singaporeans.

Where are the fish farms?

From maplandia, they are located opposite Sembawang in Singapore, and near Pasir Gudang in Johor. 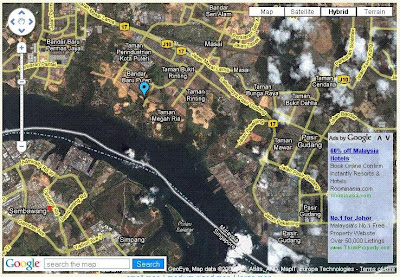 Many Singapore fish farms that were recently in the news are found around Pulau Ubin which lies in the Johor Straits not far from Teluk Jawa. 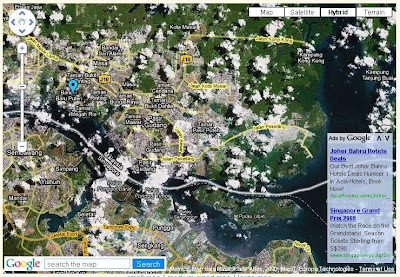 What caused the mass deaths?
The Department of Environment, which collected samples for analysis by the Chemistry Department, has not ruled out water pollution as a cause.

DOE Operations Division chief Wan Abdul Latiff Wan Jaffar said the high death toll could have been caused by water pollution, a depletion of dissolved oxygen or uncontrolled development in nearby areas.

"We should have the results of the analysis in a week."