Seaweeds are NOT weeds!

Teh Jen Lee reports in The New Paper today that "The National Environment Agency (NEA) has found large patches of sea lettuce in the coastal waters off Pasir Ris. A spokesman for NEA said: 'It is not uncommon to see seaweed growing in our coastal waters. NEA has removed the seaweed on the beach as part of our daily beach cleansing operations." Full article also on the wildsingapore news blog.

This is unfortunate as these macro algae provide hiding places for small animals and support a food chain that goes all the way to our favourite seafood. 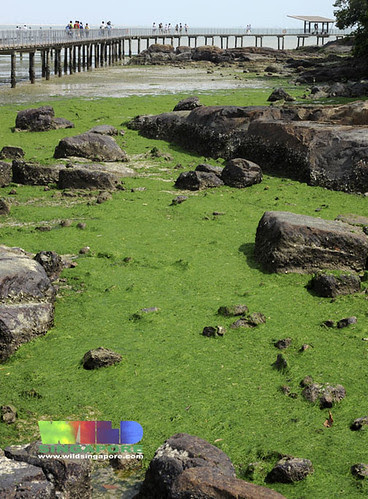 Imagine the shores of Chek Jawa being 'cleaned' of seaweed! It will be very much poorer for this.

Such seaweed blooms appear to be part of a natural cycle and at certain times of the year, it is not uncommon to have large quantities of them pile up on the shores. These seaweeds do not harm people and probably play a role in the ecosystem.

During a trip to Pasir Ris in December, I found a whole host of tiny marine creatures in a pool of Sea lettuce seaweeds. 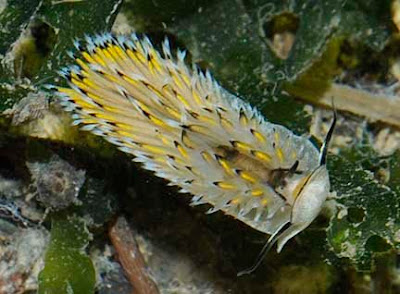 Including this beautiful Cerberilla nudibranch (Cerberilla sp.), tiny sea urchins, shrimps, pipefishes, shrimps, snails with anemones on their shells and other creatures.

We should leave our shores alone and not try to 'improve' them by removing natural blooms. Enforcement will probably bring more positive impact if this is focused on areas such as marine debris, pollution, managing effluent flow from the large numbers of fish farms nearby.