Fish scales, tails and the way they swim have inspired a new approach to generating energy from the tides and moving water. 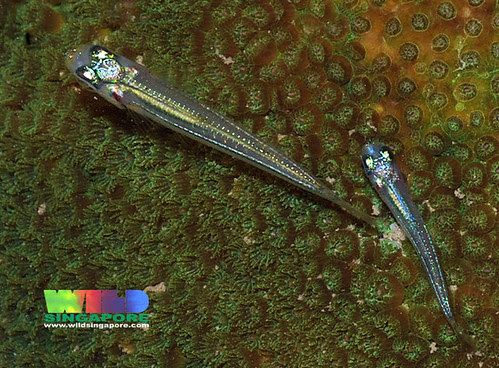 Most attempts to tap water power have employed underwater windmills - tidal turbines use the force of lift to turn their blades. We live in air so we are used to lifting surfaces that support birds, sail boats and airplanes.

In water, however, Nature has devised a different strategy. Most natural swimmers - from tiny sperm to giant whales - create vortices (or little whirlpools) that they push off of to propel themselves forward.

Editor's Note: Each Wednesday LiveScience examines the viability of emerging energy technologies - the power of the future.

Think like a fish not like a bird, say researchers trying to harvest energy from water currents. Their new fish-inspired power generator can work in slow-moving currents where traditional turbines are less effective.

Tidal streams and moving rivers in the United States could generate 140 billion kilowatt-hours per year, or about 3.5 percent of the nation's electricity demand, according to the Electric Power Research Institute (EPRI).

Most of the attempts to tap this potential have employed underwater windmills. These so-called tidal turbines use the force of lift to turn their blades.

"We live in air so we are used to lifting surfaces that support birds, sail boats and airplanes," said Michael Bernitsas of the University of Michigan.

In water, however, Nature has devised a different strategy. Most natural swimmers - from tiny sperm to giant whales - create vortices (or little whirlpools) that they push off of to propel themselves forward.

Bernitsas realized that these same vortices could be used to drive a generator. He and his colleagues have created a machine called VIVACE (Vortex Induced Vibrations for Aquatic Clean Energy), whose cylinders oscillate up and down in moving waters.

A description of VIVACE appears in a recent issue of the Journal of Offshore Mechanics and Arctic Engineering.

Bernitsas' group has built a working prototype in their lab. The spring-supported cylinder bounces up and down in a tank of moving water.

The mechanism that drives VIVACE is called vortex shedding.

As water smacks into the cylinder, the induced turbulence builds up into a vortex that eventually rolls off the back, giving the cylinder a little push as it goes. The next vortex that forms will spin in reverse and give a push in the opposite direction.

These opposing forces cause the cylinder to vibrate up and down. Similar vortex-induced vibrations can be seen with a flag pole or car antenna as wind rushes past, but you wouldn't be able to extract much energy from this shaking because the air is too thin.

The high density of water, on the other hand, makes the vibrations about 800 times more energetic than they would be in air at the same speed. For this reason, the VIVACE system can extract three to 10 times more energy from a given volume of moving water than tidal turbines, Bernitsas said.

It can also work in currents as slow as 2 knots (about 2 mph). In contrast, tidal turbines are not economically viable in tides that do not reach 5 to 7 knots. This is based on a recent EPRI report that assessed the available technology.

"As the cost comes down and as the cost of fossil fuels goes up, slower tidal passages will become economical," said Roger Bedard, EPRI's ocean energy leader.

The vortices that fish use to move through the water may come off their own body or from another fish next to them. In fact, schools of fish can move faster than single fish thanks to this "sharing" of vortices.

The VIVACE design does not try to mimic this "school" behavior - the cylinders are kept far enough apart so that their vortices do not interfere with each other.

"Fish know better," Bernitsas said. "They can harness the vortices generated by the fish ahead of them. I am not that smart."

However, Bernitsas and his collaborators have tried to replicate the roughness of fish scales on their cylinders. They found that a rough cylinder surface could increase the power output by 40 to 70 percent compared to a smooth surface.

"The roughness helps to convert more of the kinetic energy of the water into vortex energy," Bernitsas explained.

Fish tails may also be worth copying. The team has begun to experiment with passive tails that could keep vortices from interfering with each other.

The catch of the day

Bernitsas' group is working with the U.S. Navy to install two VIVACE systems in the next year: one in the Detroit River and another in an ocean environment somewhere.

The proposed design calls for modules with several cylinders grouped together, like rungs on a ladder. Although the size can be varied, the cylinders for the Detroit River project will likely be about a foot in diameter and 20 feet in length. The researchers plan to generate 3 to 5 kilowatts from the slow-moving (1.5-knot) river.

Although a commercial plant is still a long way off, the researchers have estimated that the cost of electricity from a mature VIVACE installation would be roughly 5.5 cents per kilowatt-hour, which is similar to the current price of wind generation.

"I have no comment about their design other than, let's put it in the water and try it and use an independent organization for review of the test results," Bedard said.