Seaweed as biofuel: the pros and cons

As major energy companies start looking at seaweed aka algae as biofuel, here's a recent report that outlines some of the major issues. 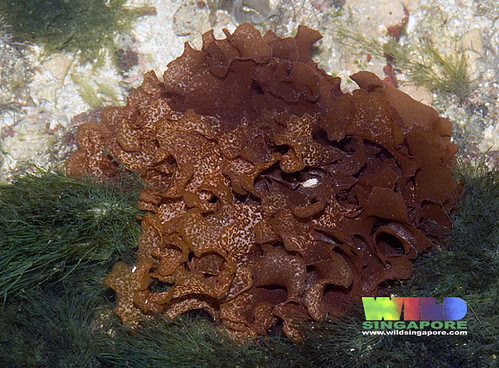 Algae is an intriguing biofuel prospect because it is the fastest growing plant-like material on the planet. One of algae's other great virtues is that unlike corn-based ethanol, many strains can be grown in salt water on marginal land. Algae only need carbon dioxide, water, and sunlight to make their own food and chemical energy through photosynthesis.

"Algae makes oil that can then combust, and it can be used to make lubricants. It only takes a fraction of the space when it is grown in bioreactors, and you don't take something from the food chain."

However, "The process of growing algae to make fuel includes a lot of waste." It also takes significant energy to maintain the viable mass-culture required for commercial-scale algal operations. There is also the risk of the algae escaping from a commercial farm into the environment, overwhelming the natural environment and introducing algal toxins, such as Pseudo-nitzschia. "Pseudo-nitzschia have a potent neurotoxin that can cause paralytic shellfish poisoning - no one can eat the mussels or the clams that accumulate toxins."

They may dwell at the bottom of the food chain, but algae are drawing the attention of top scientists at companies such as Boeing, Chevron and ConocoPhillips.

The photosynthetic organisms have lived on Earth for a billion years, and some researchers say algae could be a key to helping solve some pressing issues facing the modern world. Big oil and other industrial powerhouses are investing in it as a potential post-ethanol biofuel and even as a means to slow global warming.

But scientists caution that while the possibilities are interesting, the unintended consequences of cultivating algae on a large scale must also be considered.

Mark Huntley is the chief technology and science officer for Cellana, a division of Royal Dutch Shell. The physiologist has lived in Kona, Hawaii, for many years, but he has a PhD from Dalhousie University in Halifax and Dalhousie's oceanography department is part of Cellana's algal research program.

There are already several facilities on Hawaii's Big Island that process algae for the nutrition and pharmaceutical markets where algae are common additives. But Huntley says Cellana is the first there to evaluate marine algae's potential as a biofuel.

"Fewer than 20 per cent of the algae in the ocean have been isolated from nature," he says. "One of the most fruitful things to do is look for new — and many are promising. Cellana thinks we'll find more productive strains [of algae] in terms of oil content."

Algae is an intriguing biofuel prospect because it is the fastest growing plant-like material on the planet.

"Algae grows 10 times faster than sugar cane — it is the fastest growing crop," Huntley says. "So try to imagine mowing the lawn three times a day and you have your growth rate."

Researchers at the Center for Biorefining of the University of Minnesota estimate that algae produce 5,000 gallons of oil per acre (about 56,825 litres per hectare). By comparison, corn yields 18 gallons, soybeans produce 48 gallons and palm trees yield 635 gallons per acre.

One of algae's other great virtues is that unlike corn-based ethanol, many strains can be grown in salt water on marginal land.

Algae, from the Latin word for seaweed, are referred to as "plant-like" organisms because they use photosynthesis to make food. But scientists will scoff if you call it a plant. Algae generally lack the roots, stems and leaves that you would find on plants grown on terra firma.

Like plants, algae have photosynthetic pigments, including chlorophyll, that transform the organism into a rainbow of colours from red to green to brown to blue. Algae can be a uni-cellular or multi-cellular but there is extraordinary diversity in its structure with millions of varieties — most of them uncharted.

"Algae is the base of the marine food web," Huntley says. "It is the link from plant production to fish production. Without algae there would be no food in the ocean."

Algae only need carbon dioxide, water, and sunlight to make their own food and chemical energy through photosynthesis. Oxygen, the welcome by-product of this process, is released into the air and the water of the world's lakes, oceans and rivers.
Algae to energy

Huntley says it is technically feasible to squeeze many types of algae to make biodiesel.

"Like all plants, algae has protein, carbohydrates and oils," he says. "It's the same molecule as a hydrocarbon."

Once the vegetable oil is taken out, the residual algae remaining is high-protein matter that can be used in products such as animal feed and fertilizer.

But ramping up algal oil into commercial production is another story. Cellana's pilot project is expected to fine-tune the costs and demonstrate whether algae is a profitable biofuel.

"The first commercial plant is three to four years from now," Huntley says. "Ours is on 100 hectares to start, but these plants could grow up to 20,000 hectares."

Cellana's Kona facility combines closed bioreactors and clear plastic horizontal tubes where algae grow. Closed reactors are much more expensive than open algae ponds, but offer a controlled environment. Huntley is adamant that only local strains of marine algae approved by Hawaiian authorities will be used.

"Plants have evolved to do their best where you find them in nature," Huntley says. "There is a sensitivity in Cellana and awareness about not wanting foreign species."
Back to the future

Prof. Charles Trick, the Beryl Ivey chair for ecosystem health at the University of Western Ontario and a specialist in aquatic sciences and microbial ecology, thinks the focus on algae is déjà vu.

"Much work — good work — was done in the 1970s," he says. "Algae, biofuels and power cells were all developed because of the oil embargo."

The difference now, he says, is that major oil companies are behind biofuels. And there is a sense of urgency.

"The demand is now driven by India and China," Trick says. "We have to do things differently."

Trick says algal biofuel has advantages over other potential sources. "Algae makes oil that can then combust, and it can be used to make lubricants. It only takes a fraction of the space when it is grown in bioreactors, and you don't take something from the food chain."

But he adds that whether it becomes the next "green" fuel is another matter.

"I don't see it going in the tank," Trick says. "The process of growing algae to make fuel includes a lot of waste."

Trick also wonders what the risk would be if algae escaped from a commercial farm into the environment. One of his areas of expertise is how algal blooms grow and move around the oceans, and he has studied enough toxic hotspots to be cautious.

"We look at the freshwater aspects of algae, too," Trick says. "All the Great Lakes have been affected by algae."

Trick is an expert on algal toxins, such as Pseudo-nitzschia, and how they can affect humans. "Pseudo-nitzschia have a potent neurotoxin that can cause paralytic shellfish poisoning - no one can eat the mussels or the clams that accumulate toxins."

Since the first case of paralytic shellfish poisoning was reported on Prince Edward Island in 1987, the toxic algae have contaminated marine environments, sickened humans across the globe and become a subject of intense scientific research.
Beyond biofuel

Biofuels aren't the only commercial idea for algae. Tick's team has experimented with another potential opportunity — carbon sequestration. Algae and carbon dioxide live in symbiosis. Algae grows fastest with a rich supply of CO2 and absorbs this greenhouse gas like a sponge.

True sequestration means you put carbon dioxide away forever. With algae you essentially park CO2 emissions temporarily. "When you take these [algal] cells and burn them they release carbon," says Trick. "Or they decompose and the carbon is released back into the atmosphere."

Trick's research included a controversial, but small-scale, experiment to seed the ocean with iron. "In our ocean fertilization projects we wanted to see what we knew about carbon in the ocean and the food chain. We wanted algae to sink where it is relatively stable for 1,000 years. It was a futile game. We managed to sequester two tonnes — they came out a week later."

Canadian scientists are still studying the symbiotic relationship as a way to control climate change. The Alberta Research Council (ARC) has joined with Innoventures Canada and several provincial research agencies to study carbon-algae "recycling" over a five-year period.

The ARC says the preliminary target for its Carbon Algae Recycling System project is a 30 per cent reduction of the greenhouse gases produced by an average 300 megawatt coal-fired power plant. CARS proposes to feed flue gas (CO2, nitrogen oxides and other emissions) directly from industry into ponds to feed algal growth.

"We are in the early stage of looking at carbon dioxide bio-fixation to micro-algae," says Quinn Goretzky, project manager for strategic initiatives at the council. "Our vision is to transform carbon into a value-added good."

To date they have focused on green algae. Of 21 samples under examination, nine failed to thrive.

"Five were taken to characterization, and that relates to biomass and rate of growth," Goretzky says. "Algae is made up of fatty acids and lipids, which is the most important since they go to fuel. The carbohydrates go to ethanol and the proteins to animal feed and fertilizer."

He admits the process as it stands right now is energy-intensive. The ARC consortium favours a large greenhouse-covered pond system. "This maintains temperature, delays evaporation and reduces contamination."

If the problems with cultivating and processing algae can be smoothed out, Canada could be a participant in a blooming algae industry.

"We know algae can grow in Canada," Goretzky says. "The question is, can we harness Mother Nature to keep it growing and make it commercially viable?"