We spend the last morning tide for the year checking up on Big Sisters Island. 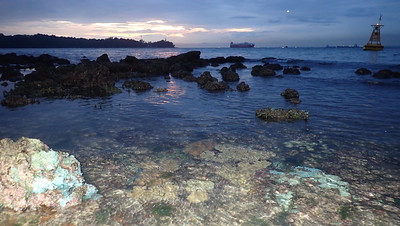 The corals seem to be doing alright and the threat of mass coral bleaching seems to have passed for now. The rest of the team found FIVE Giant clams too! There were also lots of other interesting marine life at this, Singapore's only marine park.

I saw a good variety of hard corals today, most were alright. It's nice to survey corals at night, as many have their polyps expanded and they often have beautiful colours. 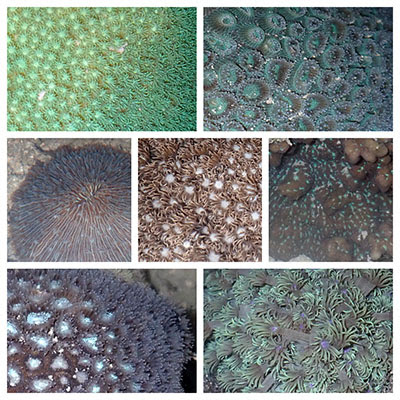 Some small animals live in hard corals. Like the Red coral crab, that lives only in Cauliflower corals. The crab feeds on the mucus produced by the coral, gathering these with the minute comb-like structures at the tips of their feet. In turn, it protects the coral from predators such as sea snails that eat corals. 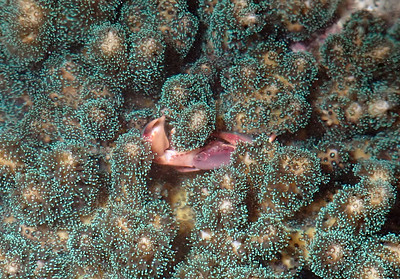 Tiny Coral scallops also live in a variety of hard corals. The clam excavates the hard coral to create a cavity for itself and attaching to the coral by byssus threads. The clam is usually completely surrounded by living tissue. The coral provides the clam a safe place with support and protection. The clam may improve water circulation for the coral which helps the coral feed. 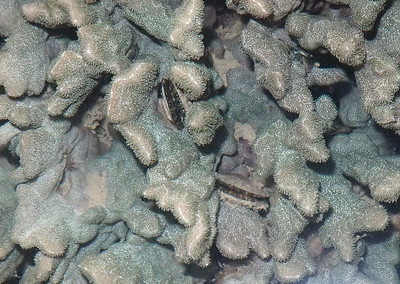 I didn't see any full on bleaching coral colonies. But there were a few colonies that were pale, with small bleaching portions, or dead portions. Some had very large portions that look recently dead. So while some corals may have suffered recently from mass coral bleaching, it seems that the bleaching threat is over, for now. 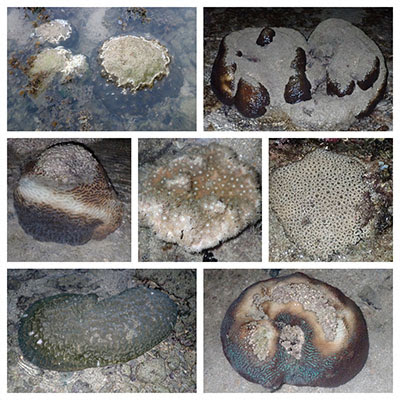 I didn't see any bleaching leathery soft corals. All those I saw seemed alright. I did see one Asparagus flowery soft coral that was very pale. 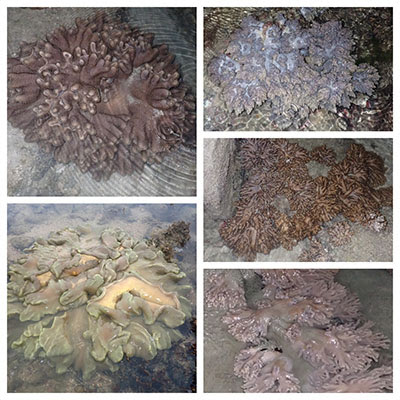 I saw some Giant carpet anemones and they were all fine. A few had clown anemonefishes, but these were very shy and I couldn't photograph them. But Kok Sheng managed a photo of one anemonefish.
The rest of the team saw FIVE Fluted giant clams! Thanks to Dr Neo Mei Lin for confirming the total number seen. Here's the clams that Kok Sheng found.

And here's the Giant clams that Vincent Choo found

Today, I saw many different red crabs! There was a large Mosaic crab, a Red swimming crab, a Red egg crab. And not a true crab but also reddish, the Spotted orange hermit crab. 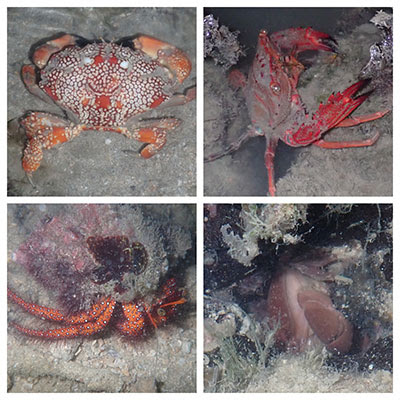 Octopuses are much more active at night. I quietly watched this little Reef octopus as it hunted among the sponges. 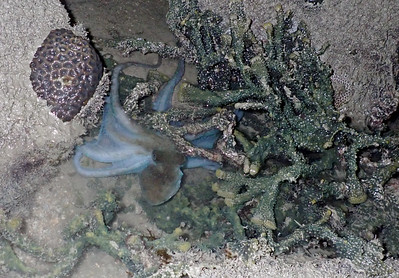 There was a bloom of Bryopsis seaweed in many areas inside the lagoon in the low water mark outside the seawalls. Sargassum seaweed remains in mild bloom on the outer reef edge, normal for this time of the year. This is similar to the situation at our last survey here in Jan 2020. There was a small team of students doing a survey of seaweeds this morning. 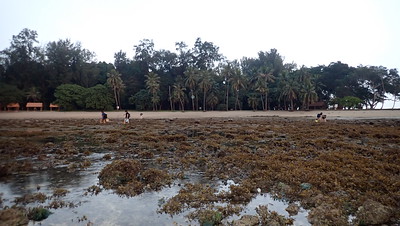 Most of the shores on both Big and Small Sisters' Islands were reclaimed: seawalls were built on the reef edge and the reef flat buried. The original islands were much tinier. 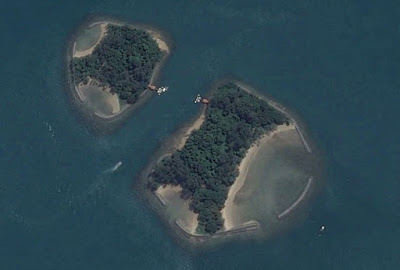 Most of Big Sister's Island is ringed by artificial seawalls, which create two swimming lagoons. Today, I checked the seawall in the middle of the Big Lagoon, both the inside and the seaward facing portions of the seawall.  The level of sand inside the Big Lagoon remains high. I noticed this first on our survey in Jan 2018 and Feb 2019 too. And noted this on our last survey here in Jan 2020. Outside, there were several colonies of Branching montipora coral growing on the seawall itself. I also had a glimpse of a little Black tipped reef shark before it swam away. A shark was also spotted in the Big Lagoon on our last survey in Jan 2020. So it seems sharks do like our Marine Park! 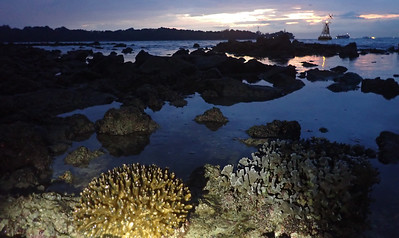 Thanks to NParks for permission to survey before dawn.

This island is now part of the Sisters Islands Marine Park. Like many parks in Singapore, you can visit Big Sisters Island any day from 7am to 7pm. You don't need a guide or a permit to visit during these times.

Marina South Ferries now offer travel to the Sisters Islands on weekends. Besides the ferry, you can also hire a water taxi to take you there from Marina South Pier. There are about 10 commercial water taxi companies located there. You can call to book a taxi or just go to the Pier and get a taxi. Most leisure visitors go with Island Cruise, which caters to tourists.