Next to the landfill, Semakau (South) is alive!

Lying next to Singapore's only landfill, there are living reefs, seagrass meadows and mangroves! 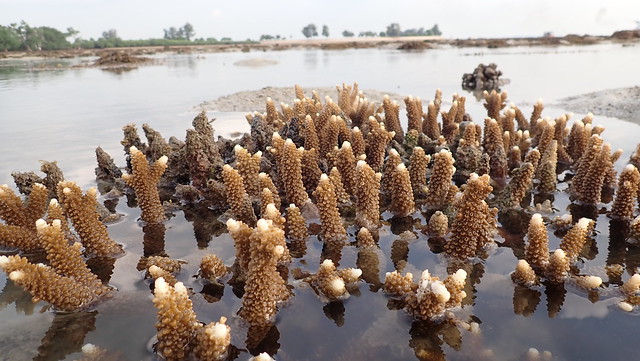 For our first survey of 2020, we saw amazing marine life here.


A Merten's carpet anemone, the first sighting for the whole of Pulau Semakau! I also saw a Fire anemone, many Giant carpet anemones (one with an anemonefish) and several Frilly anemones too. 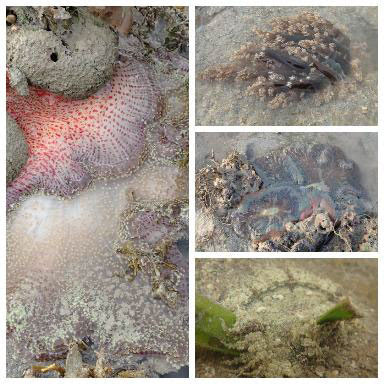 Another first sighting for us of Eggwhite moon snails on Semakau! Burrowing in the sand were also many Weasel olive snails. Leon also spotted a Tiger cowrie and Fluted giant clam! While the rest of the team saw Spider conch and lots of nudibranchs! 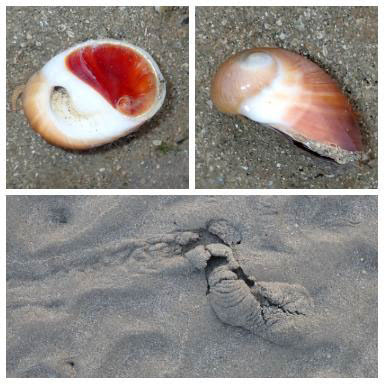 It's amazing what you can see if you just stand still and let the marine life come to you. This Bigfin reef squid swam quietly towards me before heading off to other parts of the pool. 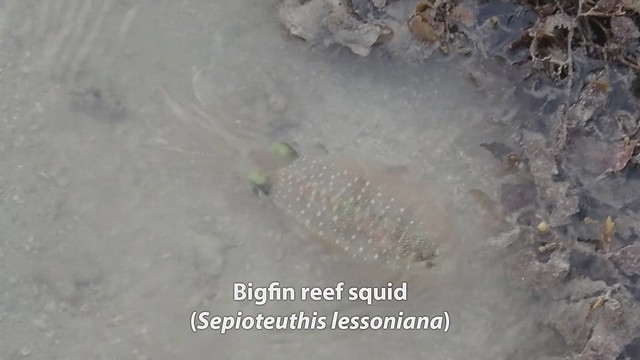 I saw a flatworm floating upside down on the water surface. When it reached a seagrass blade, it turned the right way around and then started to glide away. Is this how flatworms move more rapidly around? 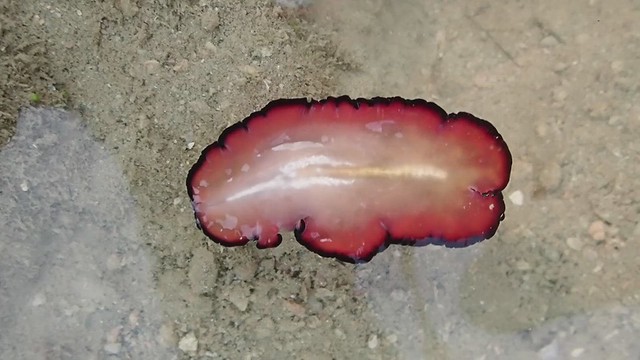 A Red swimming crab was ripping off and eating stuff growing on the rubble. One ripped off what looked like a sponge and scuttled into the shelter of seaweeds, probably to eat it in safety? 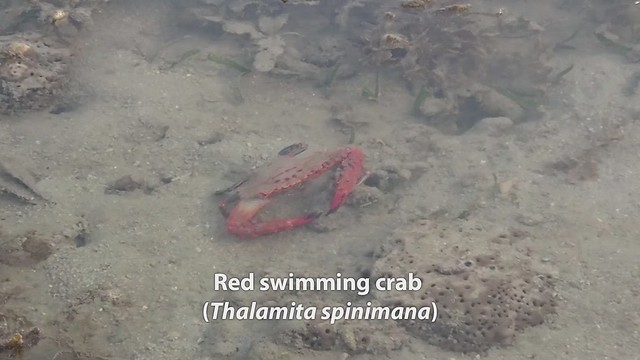 On the sand bar, many tiny Soldier crabs came out of their burrows to feed and maintain their burrows. It's so cute how they create the little 'bubbles' of sand as they feed. 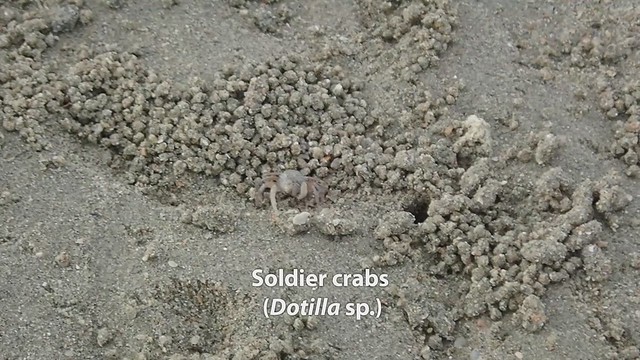 There were lots of Upsidedown jellyfishes. They come in a variety of colours and patterns. 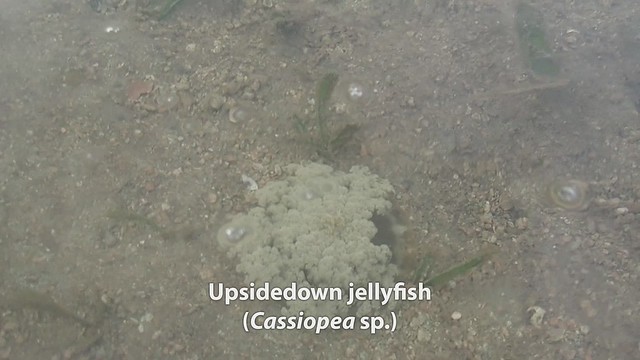 This nudibranch may look like a clownish joke, but the other nudibranchs don't think so. It is a voracious predator of nudibranchs and sea slugs! 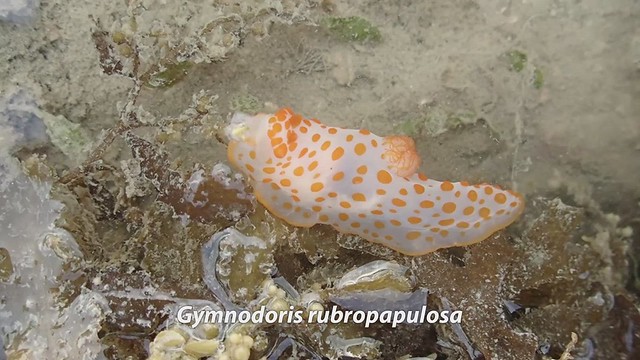 A rather large octopus was stranded in the middle of a sand bar. We gently moved it into a pool of water and it soon recovered. 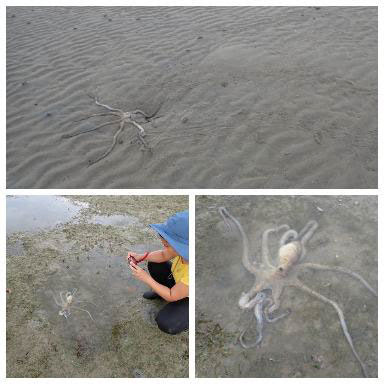 A series of ferocious looking 'teeth' in the sand turned out to be a Strawberry cockle! 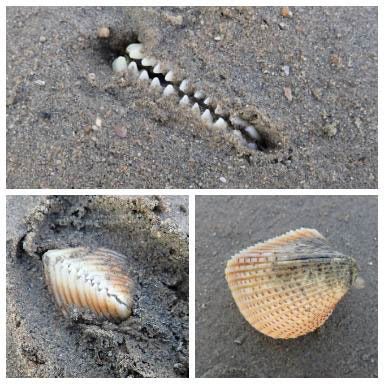 It was nice to see many Common sea stars, some large Cake sand dollars and buried in the sand bar, a few small Remarkable sea cucumbers. At the reef edge, Leon found a Knobbly sea star and Cushion star. The rest of the team also spotted many Tiny maretia heart urchins popping out of the sand. 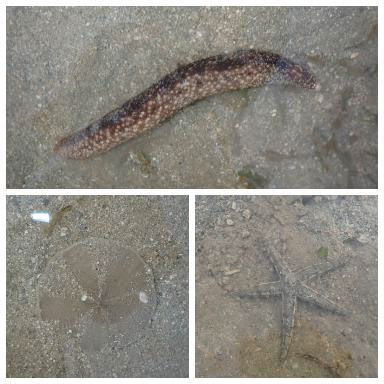 I saw only a few small clumps of Horse mussels. Much fewer than on our last survey here in Mar 2019, when I saw them  in small groups of less than 10, spread apart. They did not take over the shore. 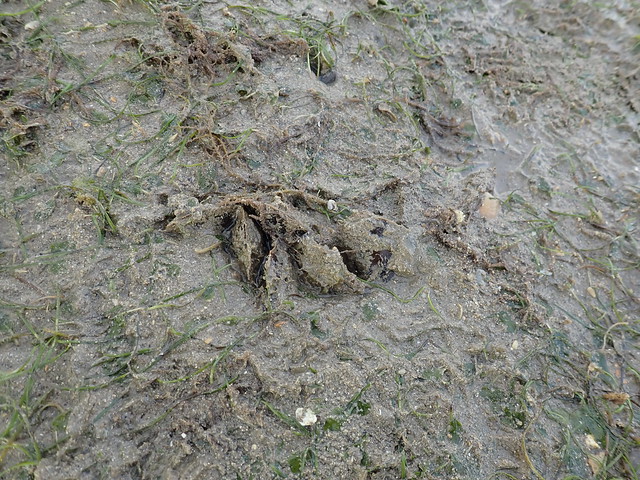 This part of Semakau has some corals but is not very reefy. In addition, the reef edge was covered with a thick growth of Sargassum seaweed, normal for this time of the year. But I did manage to see a good variety of common corals, most were alright and not bleaching. This is an improvement from our last survey in Mar 2019 when I saw many pale corals. 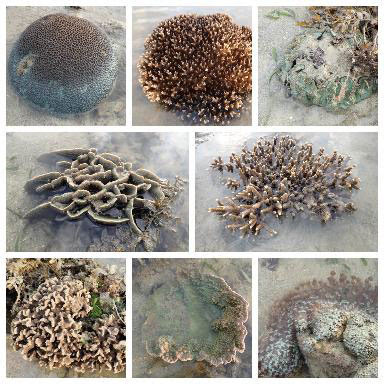 There were some areas densely covered with a variety of seagrasses like Spoon seagrass and Needle seagrass. 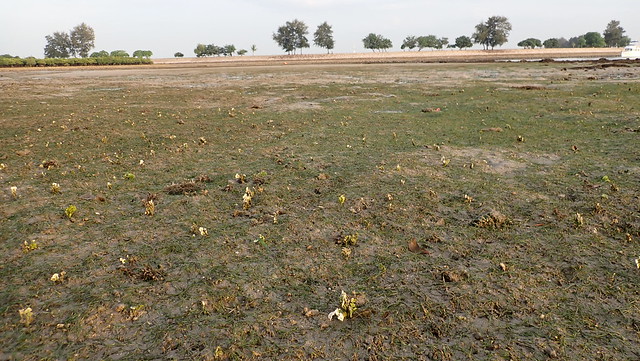 While I saw a few clumps of longish Tape seagrass especially near the reef edge, most of those in the middle of the intertidal were cropped short. Other seagrass species like Sickle seagrass were also cropped short. This is somewhat similar to what I saw on our last survey in Mar 2019. 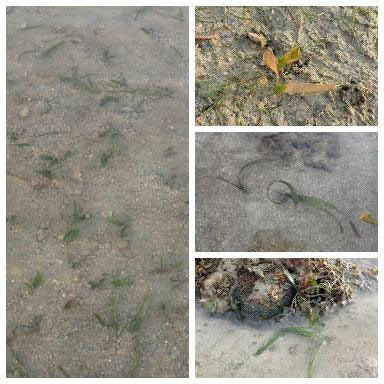 I didn't survey the mangroves, but thankfully, Liz Lim did. Among the special sightings was this Fiddle crab. Here are more of her photos.

The shore we surveyed is next to Pulau Semakau's original mangroves. It is next to the Landfill and on the shore is Singapore's largest fish farm. On the horizon, the petrochemical plants on Pulau Bukom. 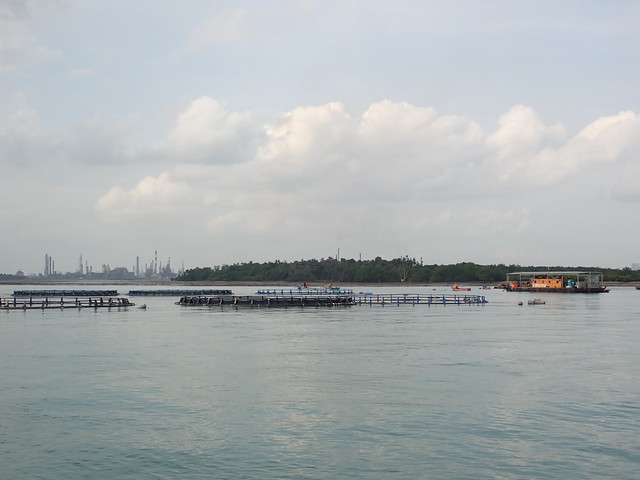 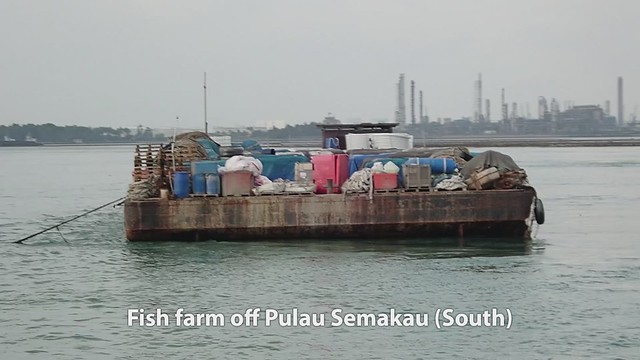 We saw a large plume of smoke that appeared to be rising from Pulau Senang. 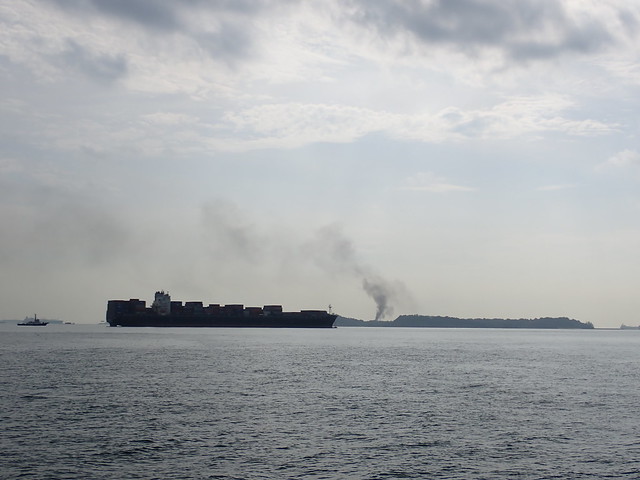 More about Pulau Semakau
Just as Changi Airport and Changi Beach are not the same even though they are near one another and share a name, Pulau Semakau is NOT the same as the Semakau Landfill. The Landfill was created by destroying all of Pulau Saking, and about half of the original Pulau Semakau by building a very long seawall. Fortunately, the landfill was constructed and is managed in such a way that the original mangroves, seagrass meadows and reefs on Pulau Semakau were allowed to remain. 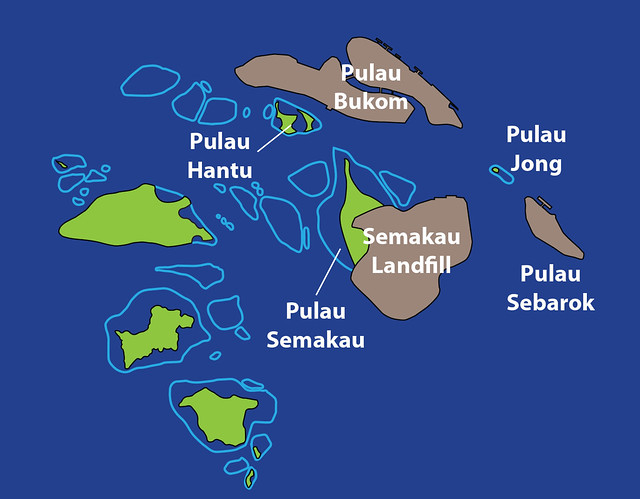