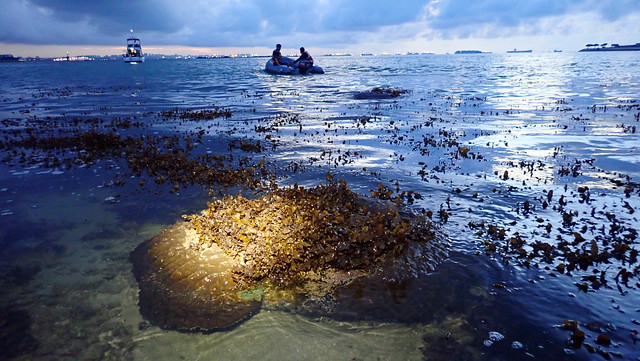 We arrived with heavy rain indicated at Jurong and dark clouds blotting out the sunrise.


Fortunately, the gloomy weather cleared up quickly. Here's a video of this lovely island under blue skies as we were leaving. 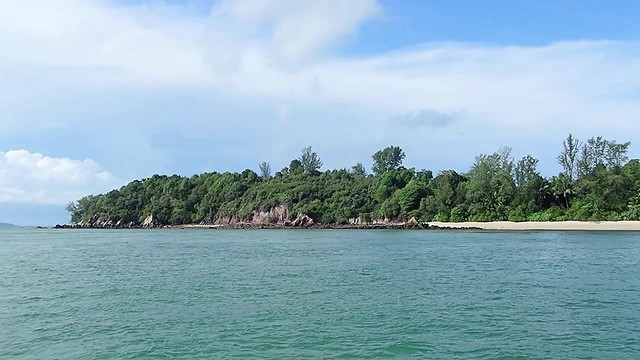 This lovely island lies just a few minutes from Sentosa, and is our shortest boat rides ever. We hardly have time to sit down before we arrive. Pulau Tekukor used to be an ammunition dump which was closed in the 1980s. It is a large, long island and one side of the rocky cliffs remain undeveloped, fronting a long rocky intertidal. Reefs ring the island. 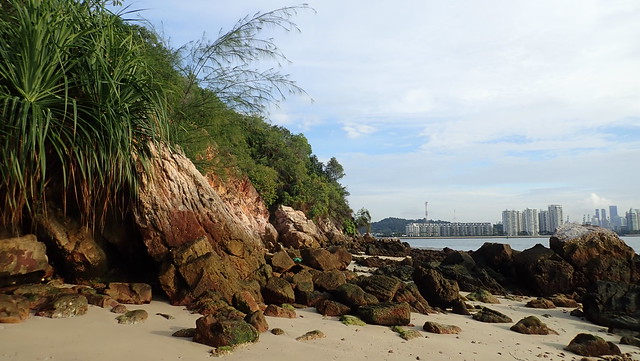 I have not seen a lot of hard corals on this shore since I first started surveying it. But there were a few very large coral colonies especially near the southern end of the island. 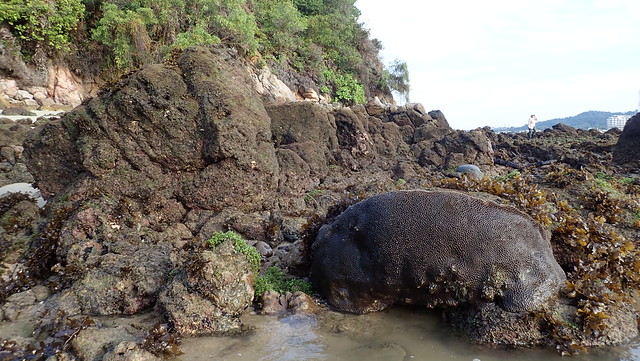 While most of the corals I saw were not bleaching, many had dead portions and there were a few  that were white. 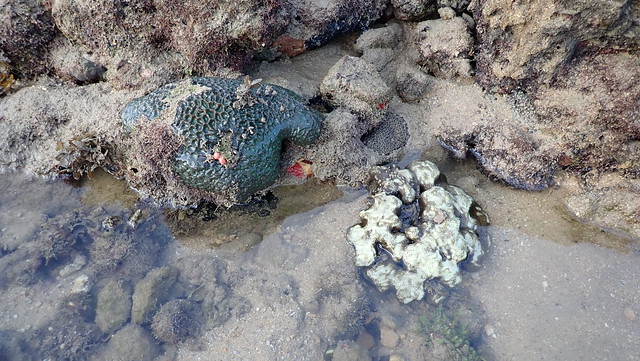 Most of the corals I saw were Boulder pore corals. Most of them were not bleaching, though some were oddly green and some were pale or had bleaching portions. 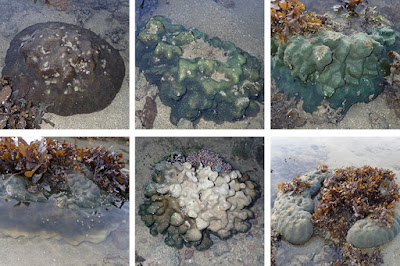 Other corals seen included many Merulinid corals. Anemone corals, Small goniopora coral, Disk coral. I feel as if there are fewer coral colonies and fewer species than on my last survey of this area in Jan 2017. 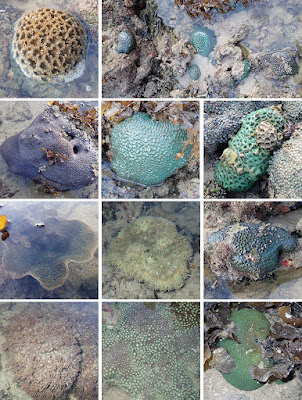 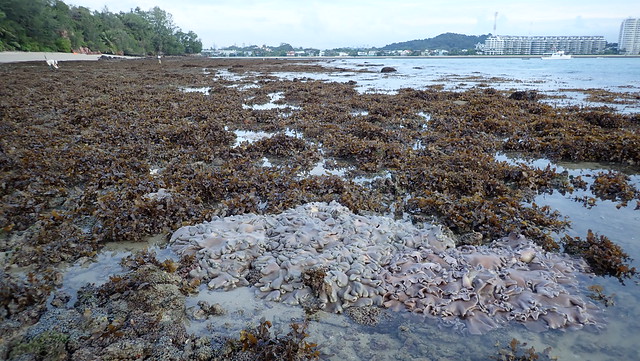 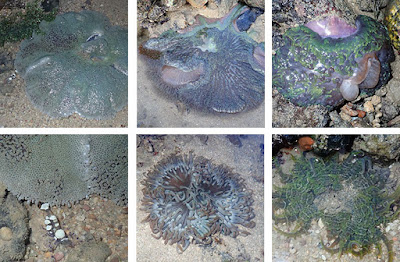 Most of the western shore that I saw continues to be covered with zoanthids of various kinds. 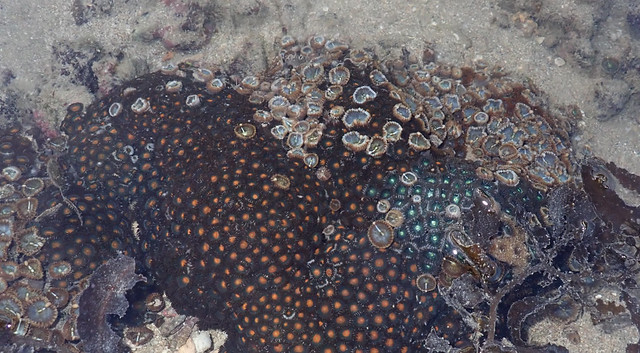 We saw a few Common sea stars! Long black sea cucumbers remain the most abundant echinoderms on the shore. Unfortunately, none of us saw the Giant clam. 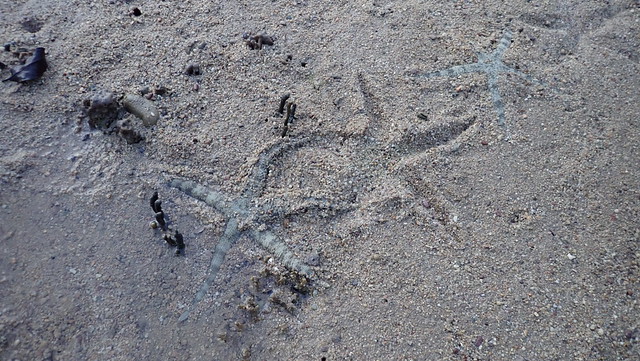 Dayna found this sea star which we don't know what it is. The rest of the team found flatworms, nudibranchs, fishes and more!

I saw larger patches of Sickle seagrass on the western shore, more than I had observed in the past here. 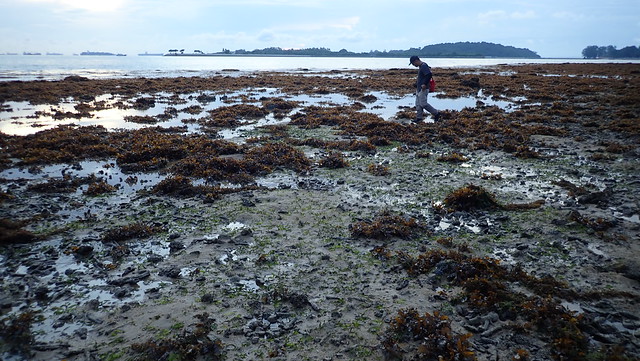 There was also a small patch at the southern tip of the island. The seagrass was fresh and green and not covered in epiphytes. 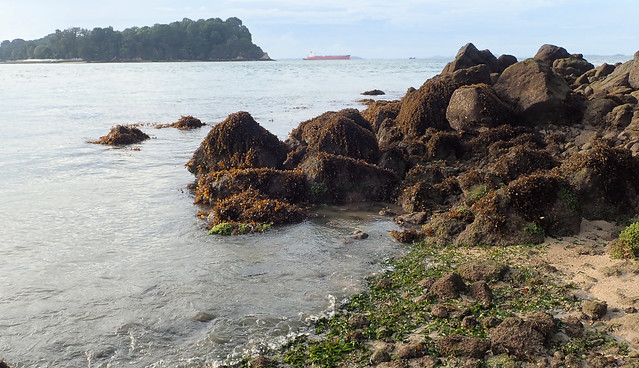 There are all kinds of amazing rock formations on the island. Including small caves, weird patterned rocks and this 'portal' that seems to have resulted from a  huge slab of rock sliding off the cliff. 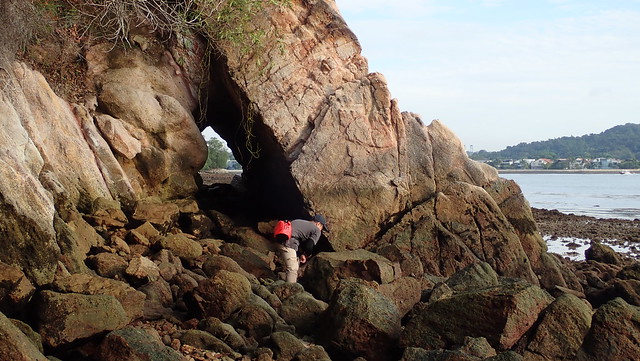 I spent a lot of time looking at the plants that have naturally settled on the shore and coastal cliffs. 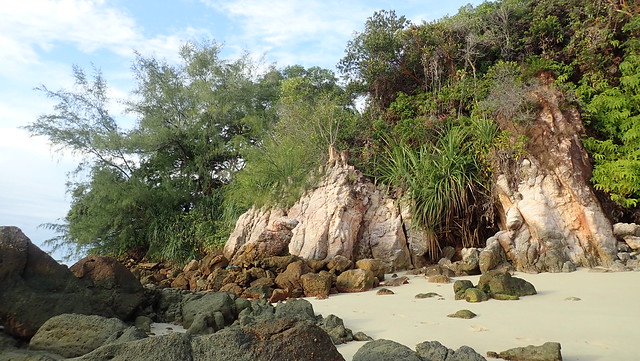 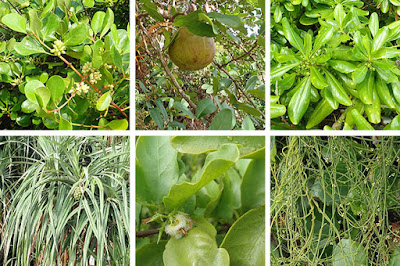 The Rhu trees were blooming. Although they look like pines (which are not flowering plants), Rhu or Casuarina trees do produce flowers. The pink fluffy female flowers turn into prickly fruits that resemble pinecones. The male flowers are tiny and appear on long stems. 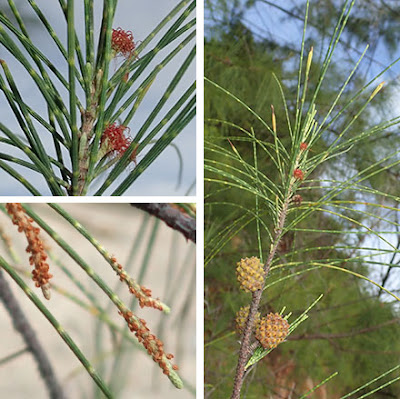 The most amazing plants on the island are the profuse garlands of Raffles pitcher plants. Today, I noticed some ants on the pitcher, clearly eating something that they like produced on the lip and under the lid of the pitcher. Although I looked for some time, I didn't see any ants falling into the pitcher. 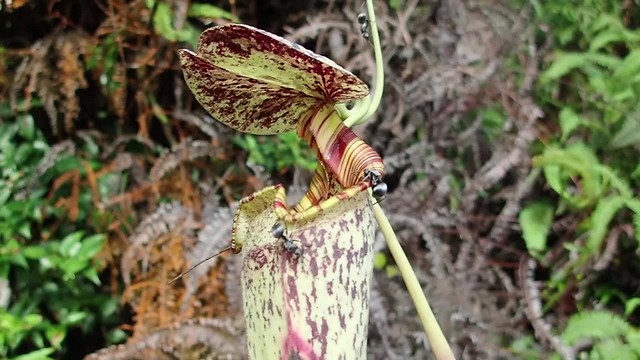 There were also lots of Land hermit crabs on the upper shore. They are naturally found on the high tide line where all kinds of edible stuff washes up. But also litter. Because all our mainland recreational beaches are cleaned daily of litter, these hermit crabs are no longer commonly seen. 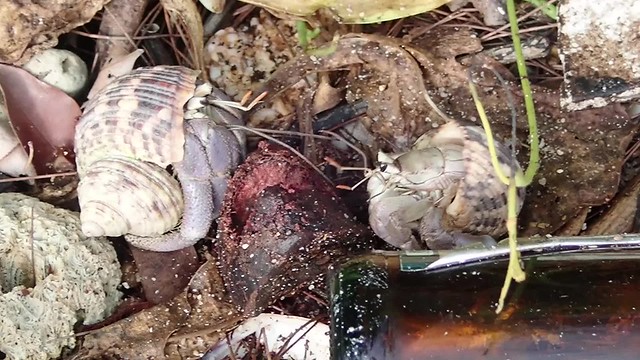 So in a beach cleanup, we must be careful not to remove living animals and the food that they rely upon. Fortunately, we didn't come across any nets or traps on our trip. 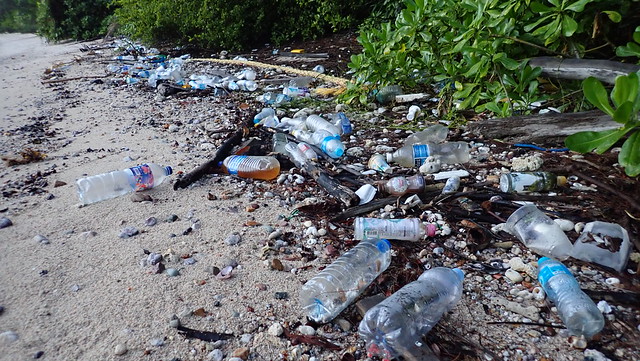 Let's hope this charming little island stays safe until we return next  year.

Richard Kuah and on his blog