Lim Jiayi has written an great paper about the invasion of mussels that I've been seeing at Kranji in Jan 2018 and Mar 2017. 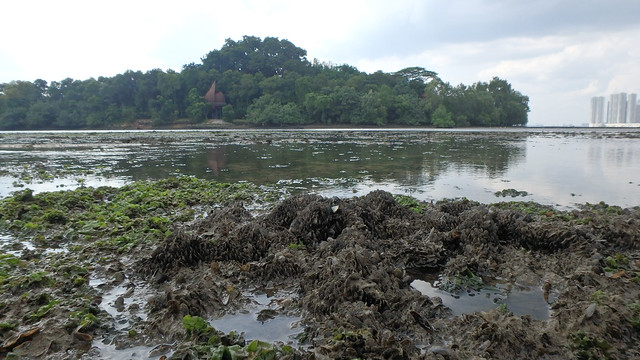 What are these clams? Are they causing harm? Where did they come from? Here are some details from the abstract of this important paper.

The American brackish-water mussel Mytella strigata is reported from Singapore for the first time. In 2016 a survey of intertidal hard structures in the Johor Straits revealed its almost ubiquitous presence in high mean densities, up to 124 ± 32 individuals 25 cm−2 along the shoreline.


Are they causing harm?

Jiayi's study observed they have displaced our native Green mussels.

Subtidal nets employed by floating fish farms were also fouled with this species. Densities exceeding 10,000 individuals 100 cm−2 were observed, to the exclusion of its relative Perna viridis, the Asian green mussel. 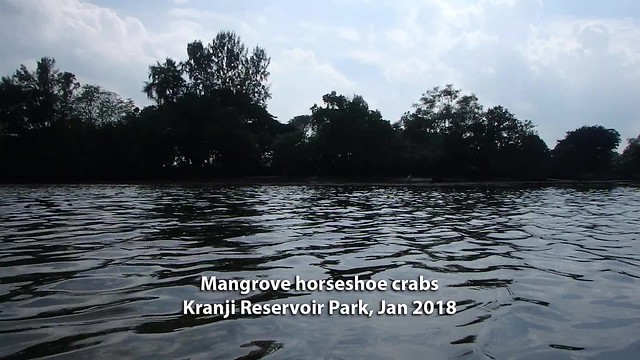 Where do they come from?

Sequences of the mitochondrial COI gene were consistent with mussels from Brazil, Colombia and Ecuador, where they are natively distributed, while shells were reconcilable with type material.

The species may have been transported in ballast water and/or with fouling directly from its native provinces, or spread from the Philippines where there are already established populations of M. strigata, possibly since the nineteenth century.