A lovely blue-sky day at Cyrene Reef with the IYOR volunteer team! 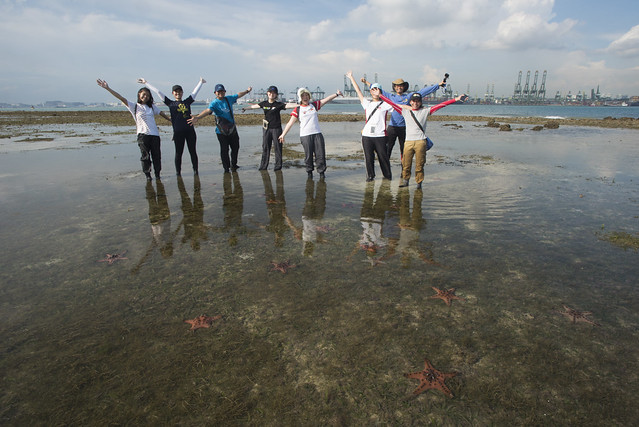 Among the first things we saw were lots of Knobbly sea stars. Mei Lin also found the Pentaceraster sea star!


Elsewhere, the Common sea stars were abundant and many were in mating position. I saw many smaller one, probably males? There were many Oval moon snails and sand collars. We also also a few White sea urchins, one Diadema sea urchin and one Garlic bread sea cucumber. But we didn't come across any sand dollars. 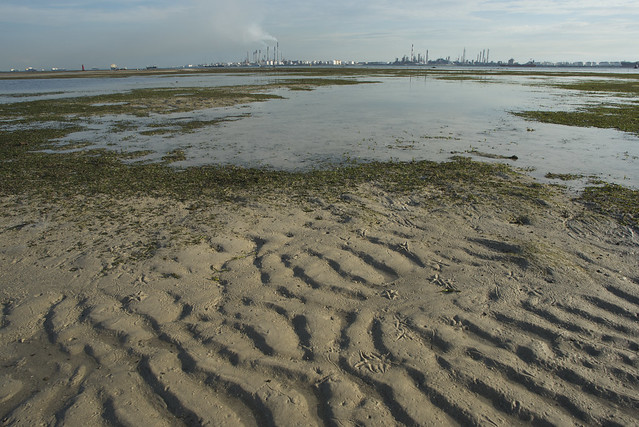 The Common sea star 'walks' using its many tiny tube feet on the underside. 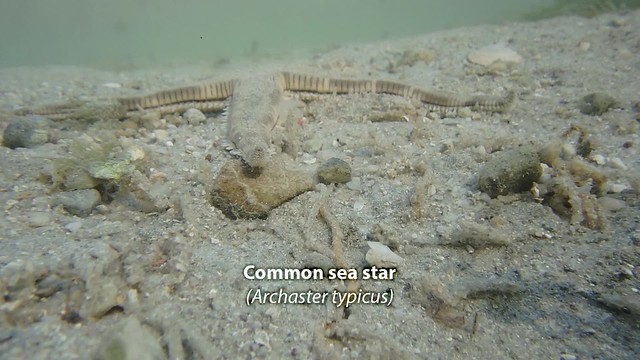 On the sand bar I saw one Orange mouth olive snail, which I only see commonly on Cyrene. 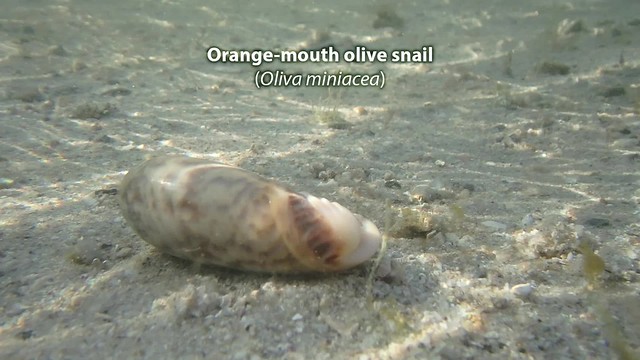 Although it lies in the middle of an industrial triangle and major shipping lanes, Cyrene has some of Singapore's best seagrass meadows. 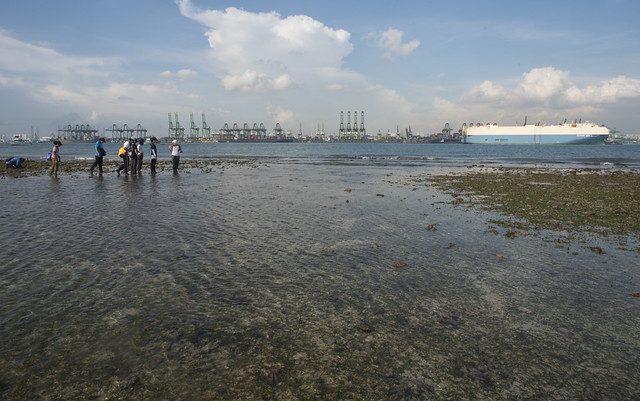 So it's not surprising to see dugong feeding trails! I saw them too on our last trip here in Aug 2017. 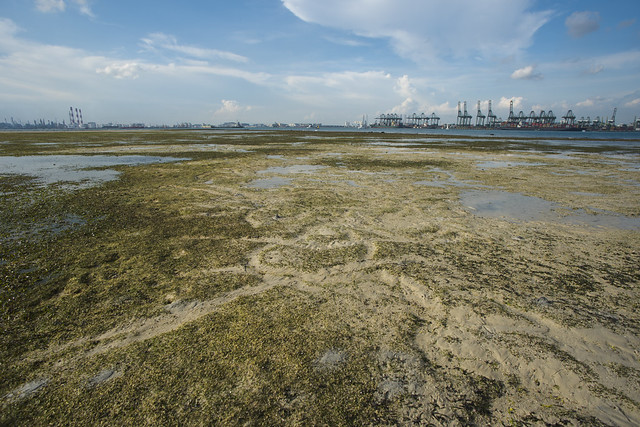 Dugongs eat seagrasses and there are lots on Cyrene. Alas, we noticed much of the seagrasses were heavily covered in epiphytes. And the Tape seagrass were mostly still cropped short. Although Mei Lin found a pretty female Tape seagrass flower. 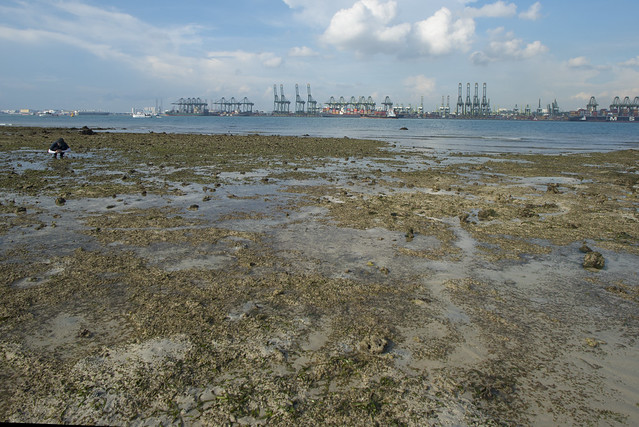 Here's more feeding trails inside a lagoon. Among the seagrasses, we saw some small Forskal's sidegill slugs, a Leaf slug and an Olive flatworm. I saw an octopus too! 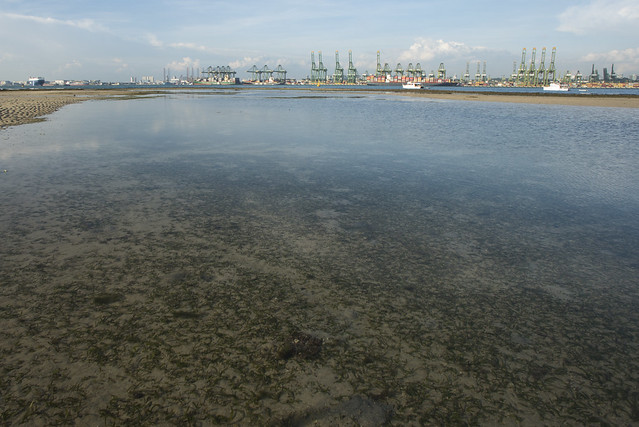 Here's a video of the living seagrass meadows and the octopus hunting in daylight - something I've rarely seen. 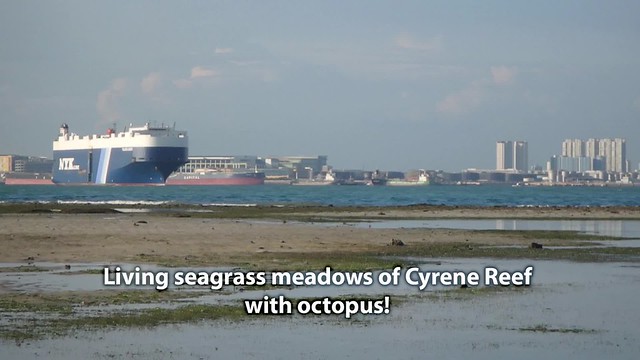 It was a hot hot day! 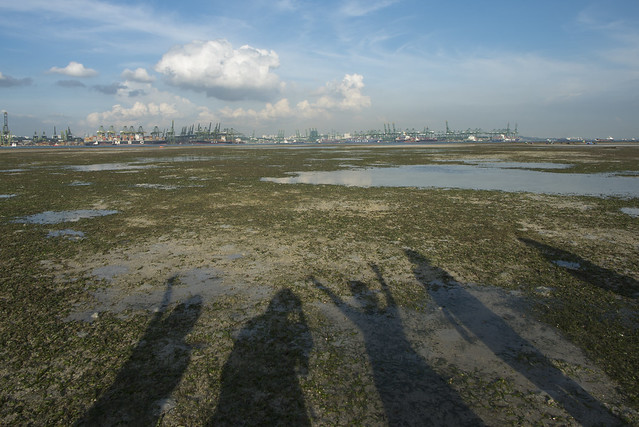 I saw a few hard corals, none of them were bleaching. We also saw one Haddon's carpet anemone and one Snaky anemone, also several Cerianthids. All of them were ok. 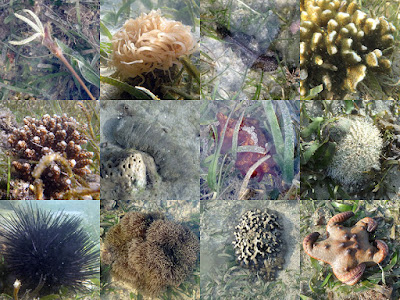 Faiq is hard at work documenting the shore! For upcoming features of our seagrasses. While  Mei Lin shares more about Cyrene. 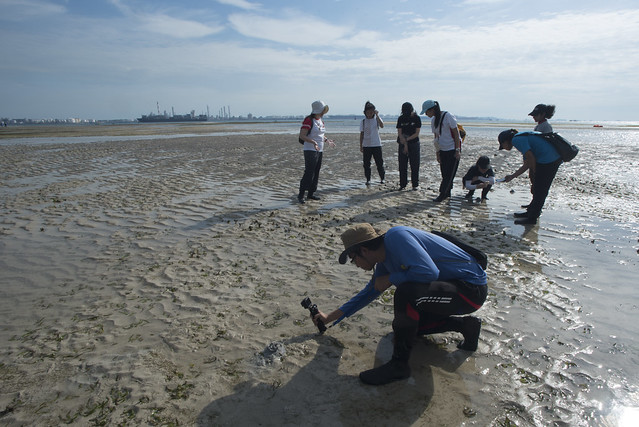 Thanks to Tessa, Talia and Claudia for being so sporting and taking a jump shot! 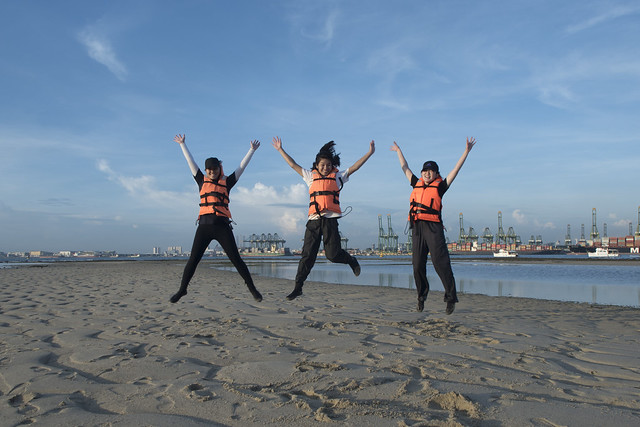 Thank you for the great company as we explored one of my favourite shores!