Among the reefiest natural shores near the mainland is Sentosa Serapong. This shore lies opposite the Tanjung Pagar container terminal and just off Serapong Golf Club. With the kind permission and support of Sentosa and the Golf Club, we survey this shore once a year. 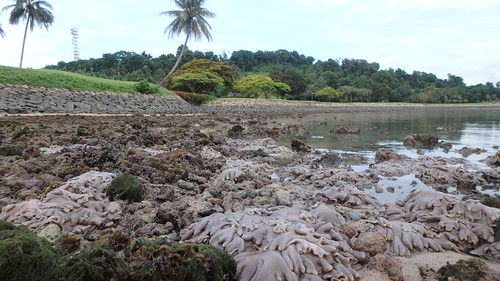 We were worried about what we might see following mass coral bleaching on all our reefs last year. Sadly, we estimate about 50% to 80% of the hard corals had died. But the leathery soft corals looked alright.


We last surveyed the shore in May 2016, before mass coral bleaching peaked in Singapore. So we did not see this reef bleaching at the time. 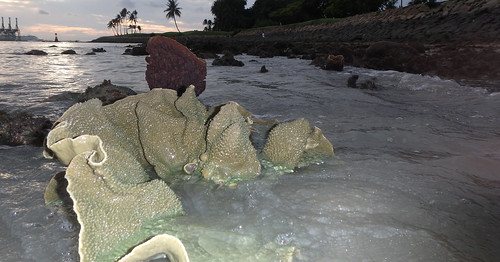 The plate corals seemed to have survived well. Most were still large and were not bleaching. I saw many small new colonies growing. 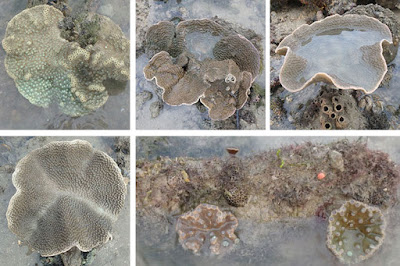 There are large colonies of hard corals just outside the seawall. 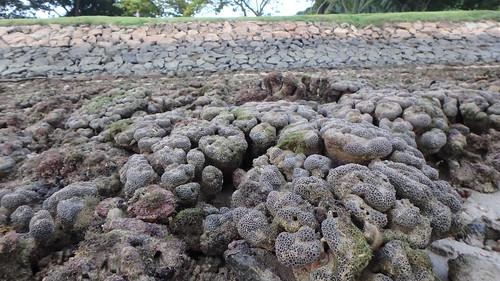 About 50%  of the Anemone corals had died. And some had very pale polyps. 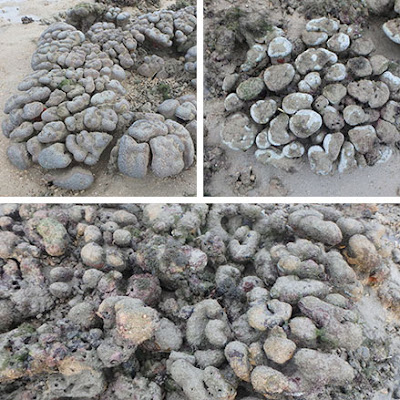 About 90% of the Cauliflower corals had died. They dominated the reef flat when we last surveyed in May 2016 and were not bleaching at that time. 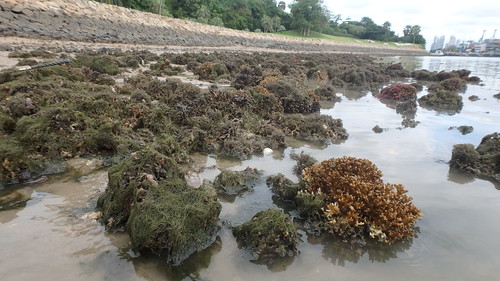 Here's a selection of Cauliflower corals seen in various stages of healthy, half dead to recently dead. 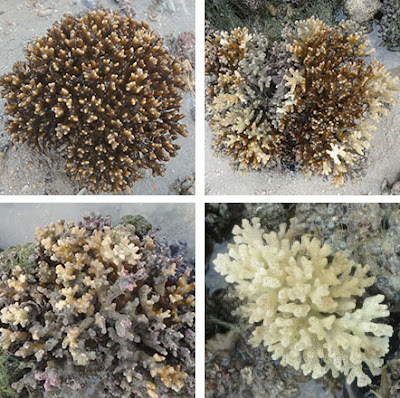 I saw several large colonies of Crinkled sandpaper corals that were alright.

There are still some large and colourful healthy corals on the shore. Including two Anchor corals which bleached badly last year. Some large colonies of Galaxy coral, and two small Brain coral colonies. There were still many Red feather stars on some of the corals near the jetty. 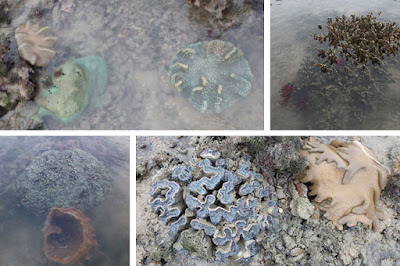 I saw a few small Acropora corals in various stages of healthy to pale to dead. I saw a few Branching montipora corals that looked alright. I did not see any mushroom corals. 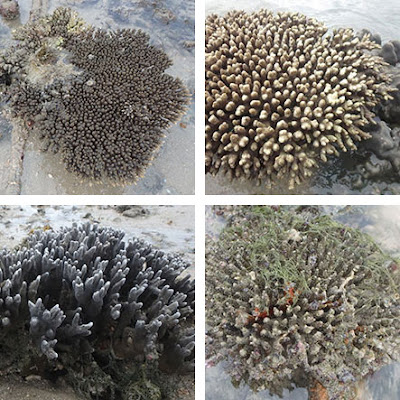 About half of the Pore corals I saw were pale or had pale patches. 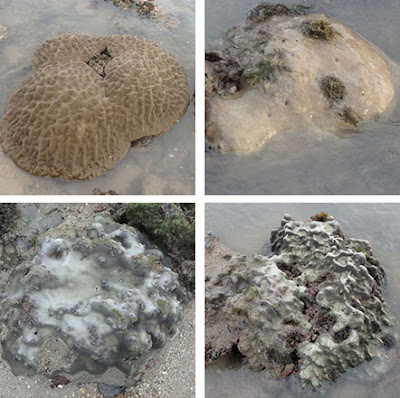 I saw a few Merulinid corals that were ok. But most of them had dead patches and some were pale or had bleaching portions. 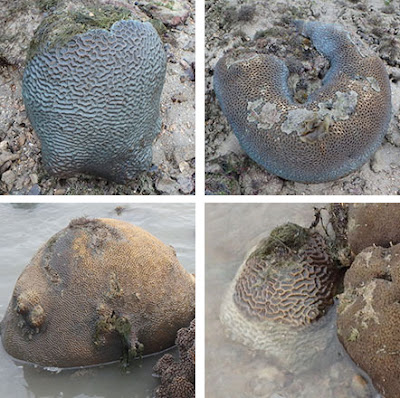 Many of the medium-sized Merulinid corals had large dead portions. 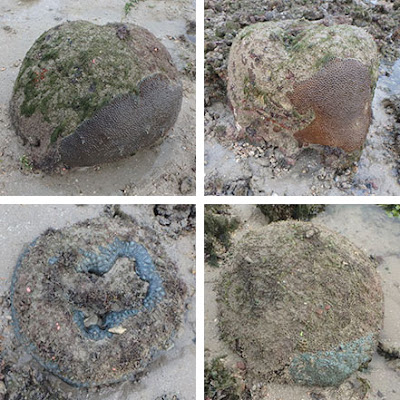 Here's a video clip of the coral landscape today. 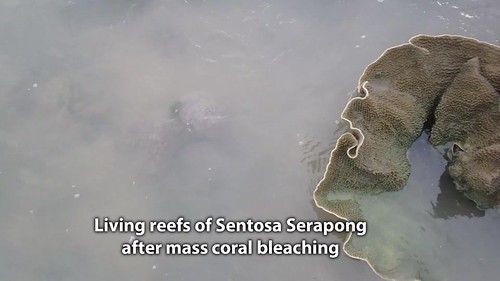 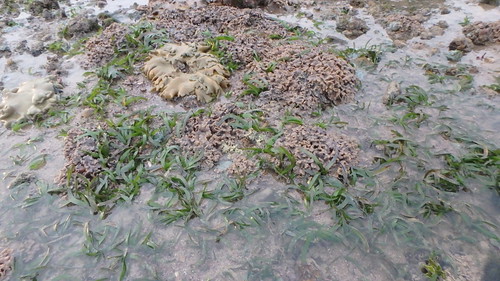 Leathery soft corals of various kinds were still present and all not bleaching. There were also some flowery soft corals but much less in number than before. 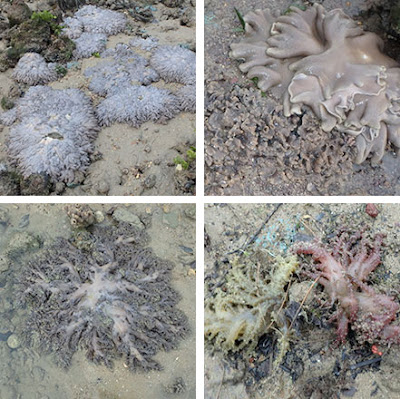 There were sprinkles of Spoon seagrass (small leaved) here and there. A small patch of Sickle seagrass near the beacon. And a few clumps of Tape seagrass with long leaf blades. There was no bloom of seaweeds on the shore. 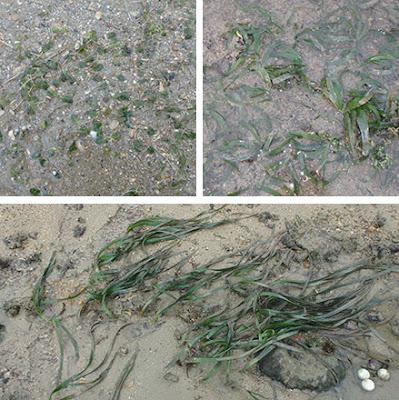 There were still many Magnificent anemones, but I couldn't find Clown anemonefishes in them. Fortunately Shao Wei found one! It was very shy. I also saw one Giant carpet anemone. 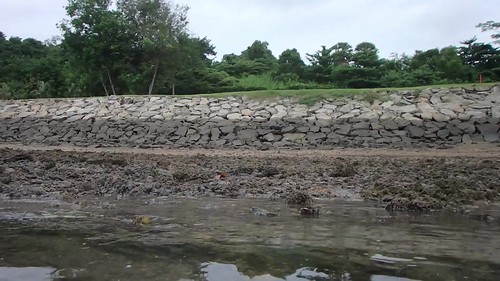 I saw other signs of new life such as egg capsules of snails, egg ribbons of slugs and egg strings of snails. 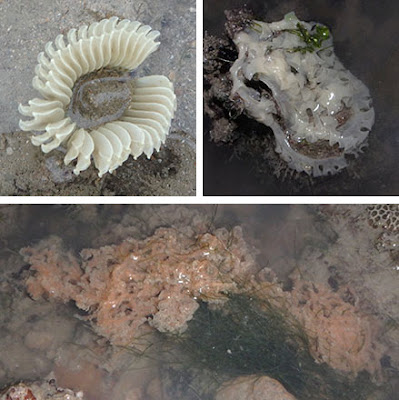 We ended the survey at the Jetty and are glad to see a variety of colourful marine life there. Including large barrel sponges, sea fans and various sponges. 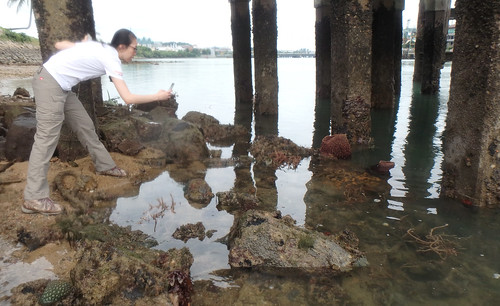 A closer look at the marine life under the old jetty. 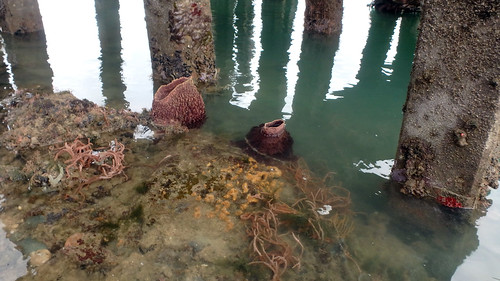 Thanks to Josephine and Shao Wei from Sentosa Development Corp and Sheila of Serapong Golf Course for arranging the survey for all these years. 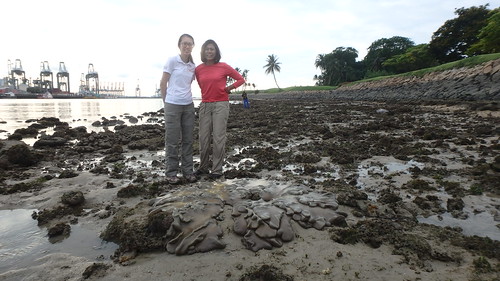 Here they are with the super large leathery soft coral that is still there. I'm sure this reef will pull through and return to its former glory!