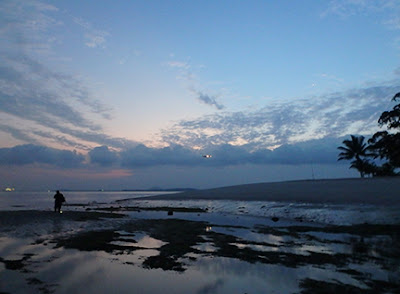 We also noticed changes in the shape of the shore. Were these changes a result of the dredging that took place at Changi Creek in Jan-Jun 2015?


The narrow shore along the beach has changed in shape. There are large sand bars bare of seagrass and the entire area is much firmer. In the past, it was much softer. 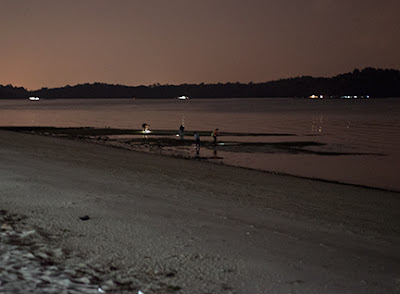 There is another patch of shallow shores near the point. This area has also become very firm. We surveyed the shoreline across the Changi Creek in July 2015 and also noticed changes on the shore and declines in marine biodiversity. 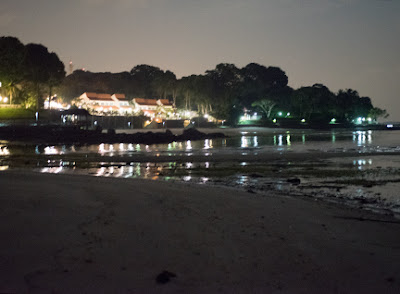 We used to see many Big-headed seagrass octopuses here. Today, I saw one. These poor animals are often harvested by fishermen and used as bait. 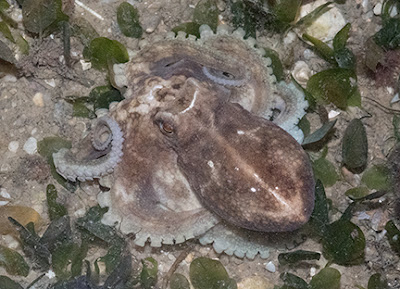 We also saw a few Spiral babylonia snails. This beautiful snail was identified as a new record for Singapore in 2013. Before then, we have not seen them. Now, we often see them on Changi, as well as East Coast and signs of them at Pasir Ris. Where did the snails come from? Does this suggest a change in our shores? 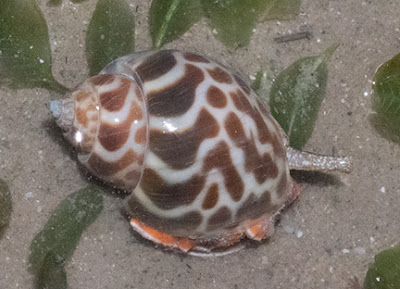 Among the most abundant animals today were the many Ball sea cucumbers on the sand bars. 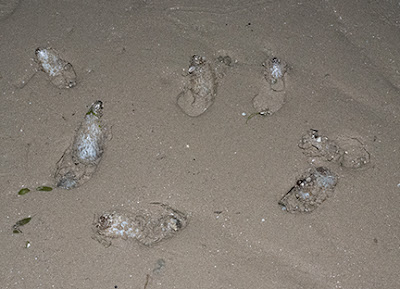 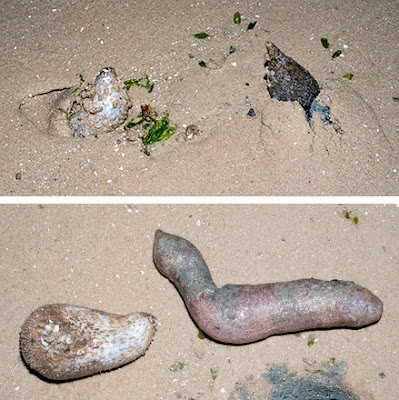 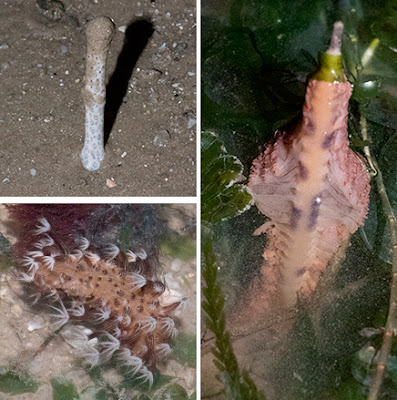 I did find two of these Luidia sand stars which are often seen in this location. 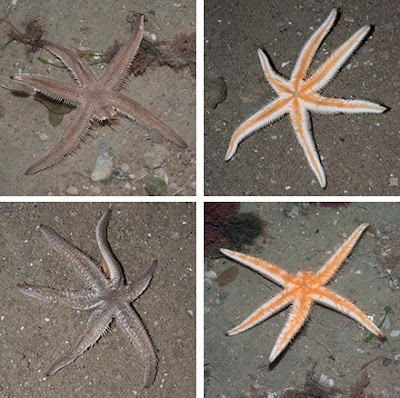 I saw this sea anemone that is often found hitching on shells occupied by hermit crabs. I also saw several Striped sand anemones, and one Peachia anemone.

I saw a few Tiger anemones in a small area where the ground was still soft. I came across one Mini carpet anemone, but I didn't come across any large Haddon's carpet anemones. I also saw one tiny Seagrass anemone.

There was a wide variety of seaweeds on the shore. None were dominating. The seagrasses were doing very well too. Mostly Spoon seagrasses with large and small leaf blades. 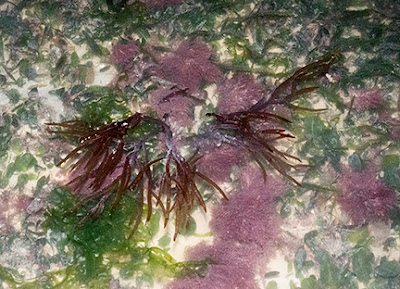 A closer look at the pink stuff, probably some kind of seaweed or perhaps cyanobacteria. We noticed a lot of this too at our survey of Pulau Ubin in Aug 2015. 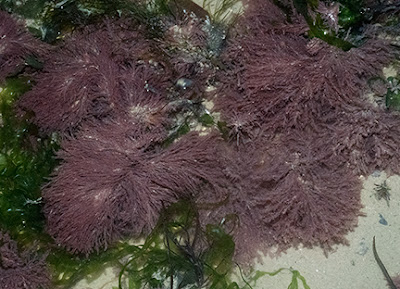 There were also patches of lush Fern seagrass. 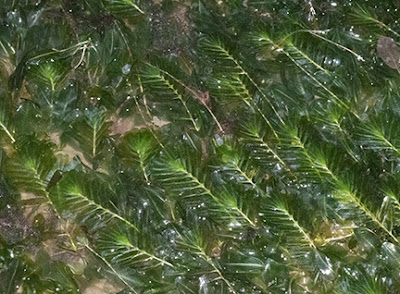 There is a small cluster of rocks opposite the Changi Point Ferry Terminal. I was surprised to see a thick layer of Mermaid fan seaweed growing on one of the large boulders. But zero sponges were growing on the rocks. I am getting more and more disturbed by the recent decline in sponges along the length of Changi and at Pulau Ubin, Chek Jawa and Pulau Sekudu. 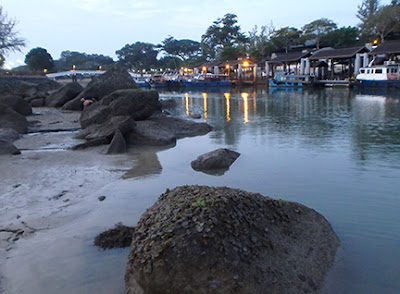 The most abundant animal on the rocks were Zebra corals. 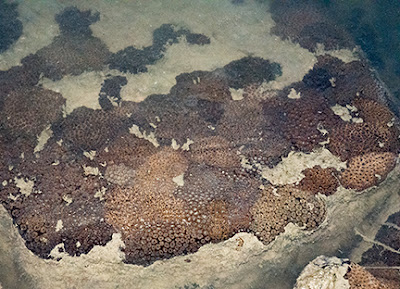 There were several patches of shiny black stuff which might be a sponge or ascidian. There were also a few Crown sea stars, and sprinkles of Banded bead anemones.

Under the stones, it is still quite lively with worms, porcelain crabs, crabs and other small creatures. Also one small Toadfish.

The dredging in this area went on for six months and ended in June. Did this cause the decline in biodiversity that I saw today? Or is something else the cause of it. I realise we can only visit this shore at good low tides which happen mostly in the morning. This means we probably can't check up on this shore until next year. I do hope by the time I revisit, these shores will have recovered.