What do our farmed fishes eat? 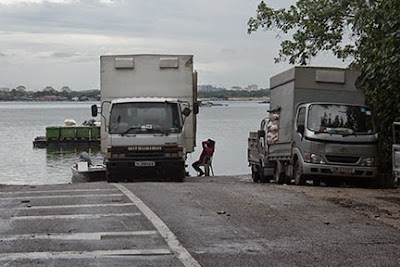 So I wasn't surprised to see carbos being loaded for the fish farms at Lim Chu Kang Jetty. But I was astonished by the enormous quantities of it.


On 10 Mar, I saw a large floating platform about 5m x 5m, with bags of stuff under a tarp. 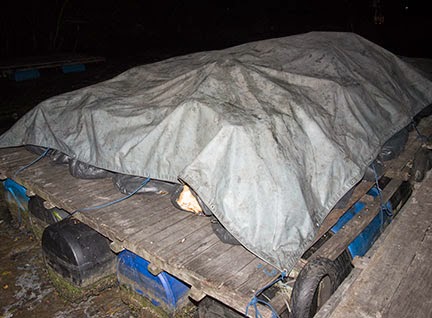 Some bags contain what looks like the ends of loaves of bread? 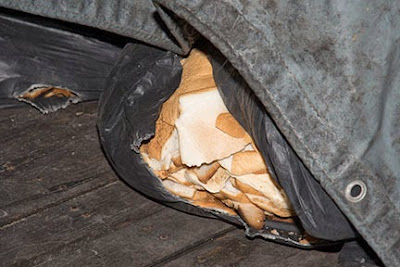 More bags on the other side, the bags are labelled 'sugar' but probably also contain some kind of carbohydrate? There are pieces of bread on the shore. 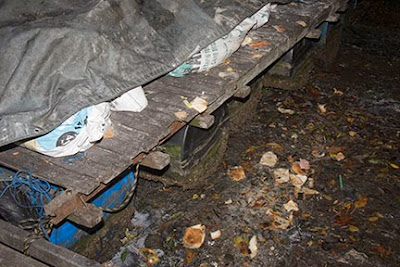 And large chunks of bread stuck in crevices on the jetty. Are they going to be brought over to the fish farms as fish food? 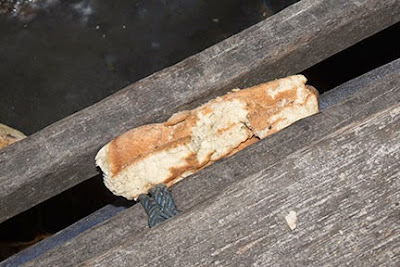 Yesterday (11 Mar) I saw an enormous truck with a lift tailgate at the jetty. Two workers were busy unloading huge stacks of stuff. 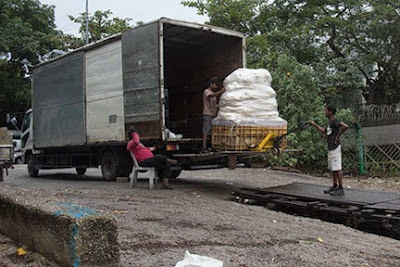 The load doesn't appear to be heavy, just bulky, as the guys zoom the load over to a waiting platform next to the jetty. 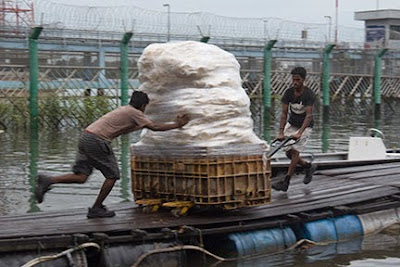 I'm not really sure what the contents are. Some kind of carbohydrate? 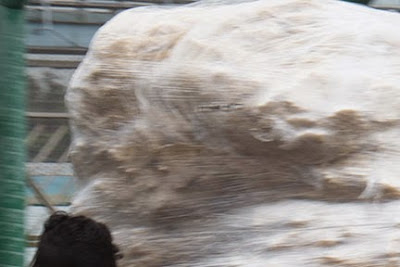 Next to the large truck was a smaller truck. 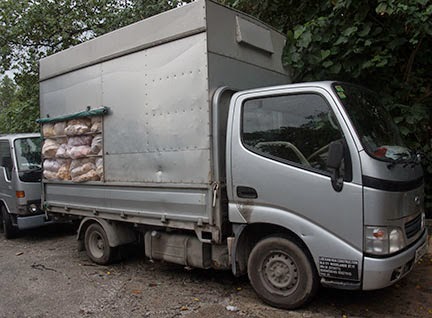 It appears to be jammed full of bags of biscuits. 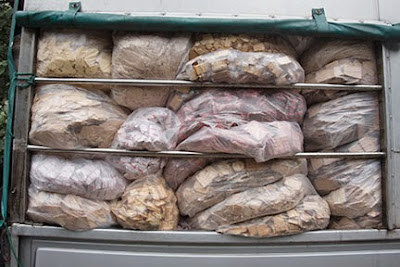 A closer look at the biscuits. Many of them are in individual plastic wrappers. What happens to the wrappers after the biscuits are removed? When we see the shore littered with wrappers of biscuits, instant noodles and other carbohydrates, do these come from the fish farms? 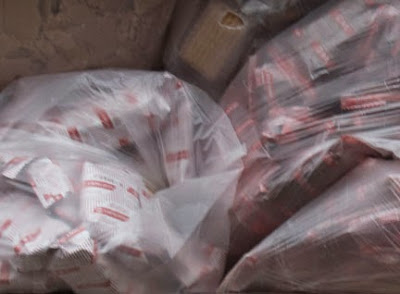 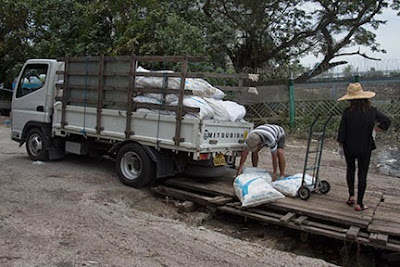 Doesn't quite look like they contain sugar. They appear quite light and squarish. They were all being loaded onto a boat probably heading for the fish farms. 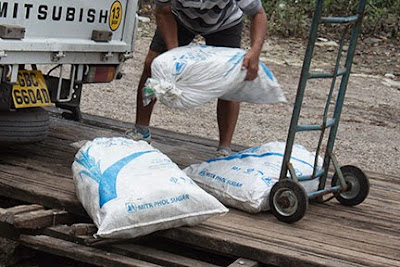 A closer look at the 'sugar' bags. Among the large trash we often see on the shore are such bags labelled 'sugar' or 'rice'. 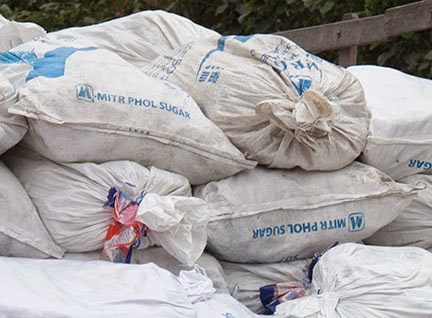 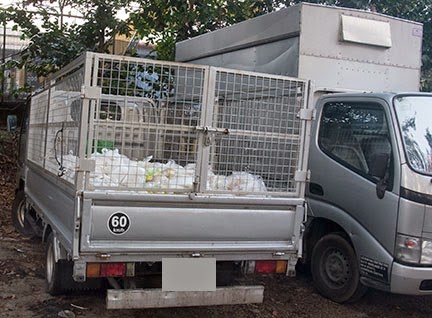 They are still in their styrofoam trays. I wonder if the trays are responsibly disposed after the contents are used for fish food? 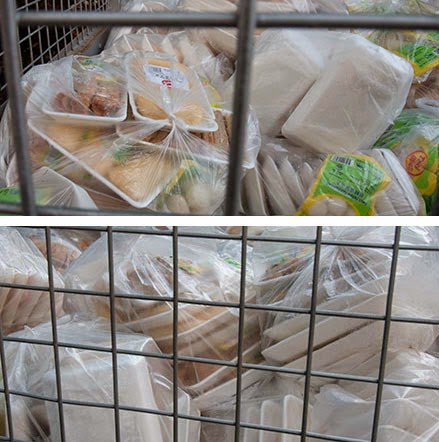 They include what appears to be fish balls, fish cakes, and some white liquid in plastic bags. 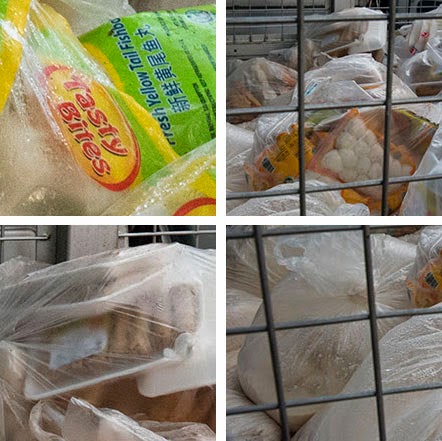 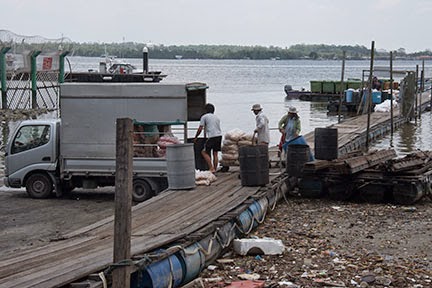 A closer look at the bags of biscuits. 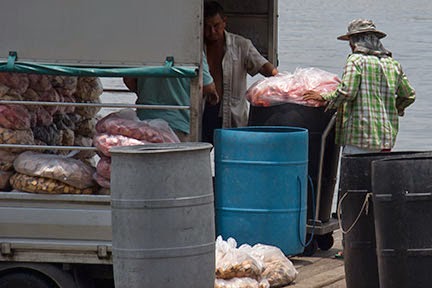 Some of them were in individual packages. 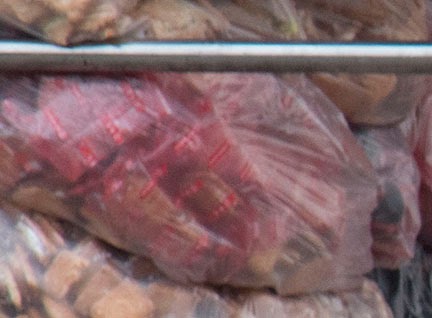 Drums full of the biscuits being dragged down the jetty to a platform-barge. 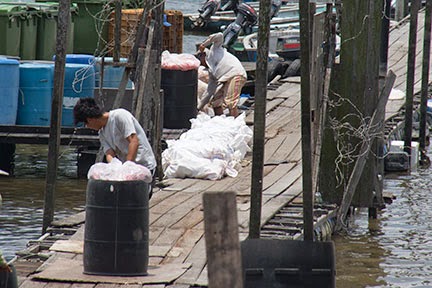 In Oct 2014, when I was also regularly checking Lim Chu Kang Jetty after a mass fish death incident, I also saw biscuits being loaded onto a boat there. 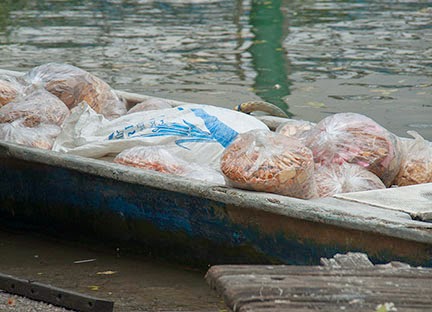 A closer look at the bags. 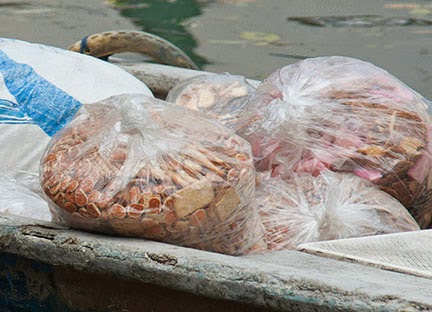 Even though a skip tank is provided for Western fish farmers, and it is well used, it does require farmers to bring their trash all the way back to the mainland. Here's another old post about my efforts to address the trash issue with AVA.