I heard the water was not quite right at Pasir Ris. So I had a quick look there yesterday. 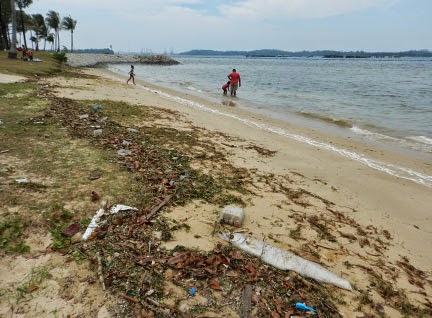 I saw white powdery insoluble stuff deposited at most recent mid-tide line. Dead fishes of various kinds large and small every 20 steps or so. More below about why it is important for human health, to find out what is killing the fishes. 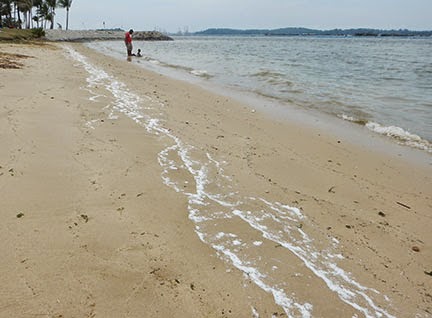 The stuff was hard, flaky, light and insoluble (not scum). Looks a bit like hair-like flakes of wax. 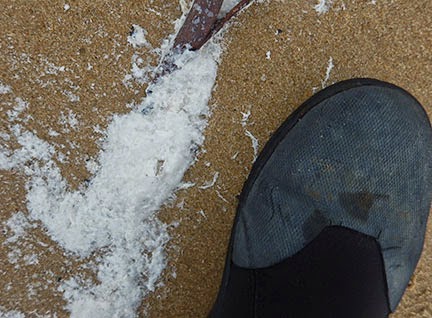 The line of white powdery stuff was deposited for quite some distance along the shoreline. Children were playing nearby. 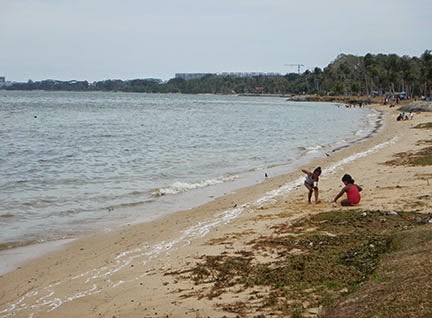 I saw dead fishes of various kinds large and small, wild and farmed, every 20 steps or so. Thanks to IDs provided by friends on my early facebook post, here's some tentative IDs.
These look like wild fishes. I only saw few of them.

Are these farmed fishes?
I gathered these small groupers which washed up a few steps apart. 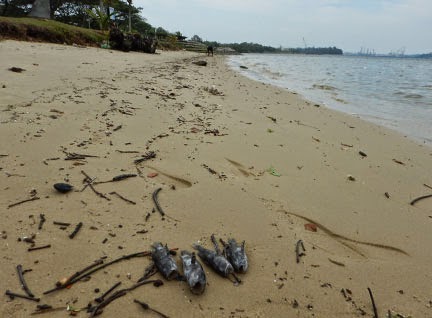 In total, I came across about 20 of these small groupers.
The shoreline was very well used on this long holiday season. There were families picnicking and camping on the water's edge. People cast-netting for fish and swimming in the water. 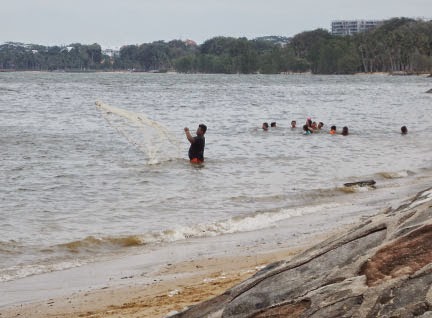 There were many people fishing along the shoreline. The shore didn't seem to be cleaned yet from the latest high spring tide. Perhaps the cleaners are off for the long holidays? 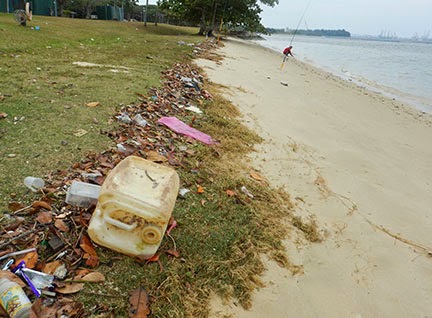 Some people were kayaking and kayak fishing. 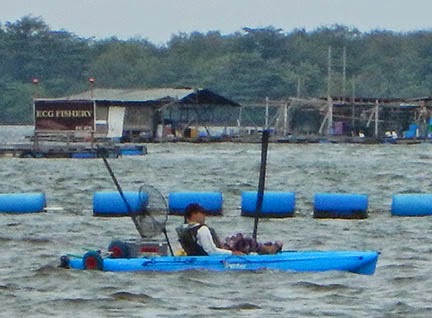 There was a kind of gully on the high shore where water has collected with floating debris. 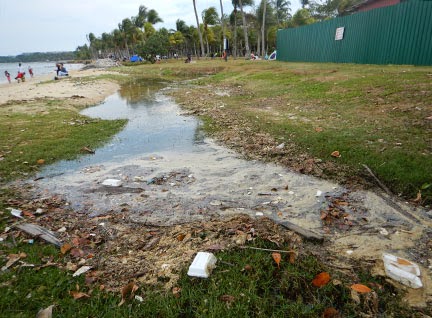 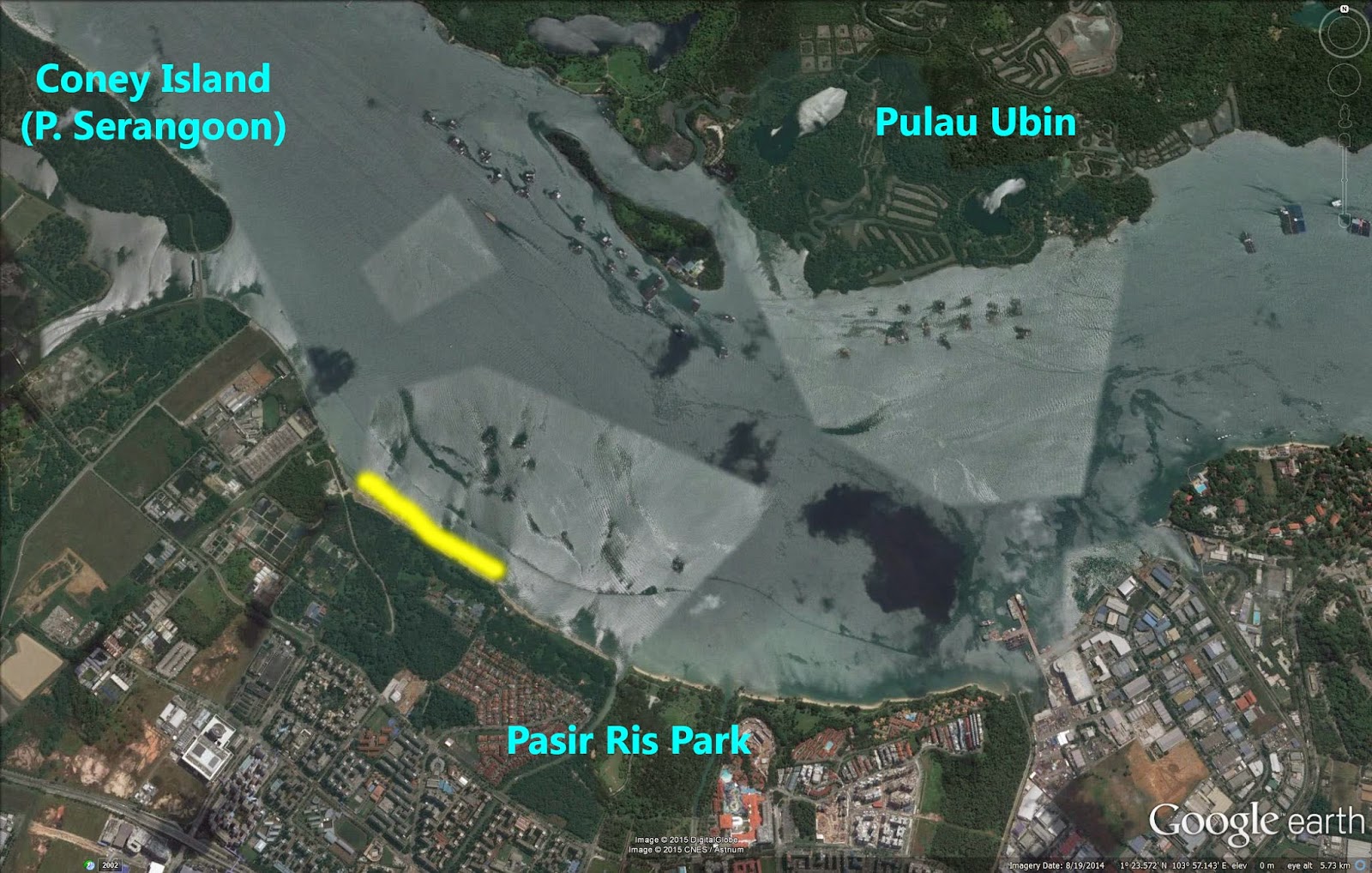 Last night, I received these photos of what is happening at the Eastern fish farms located in the waters between Pasir Ris and Pulau Ubin.

Update 23 Feb: I've been asked to take down the photos I shared earlier. Meanwhile, similar photos are already featured in a Channel 8 News article that aired on 22 Feb. Below are some screen shots. 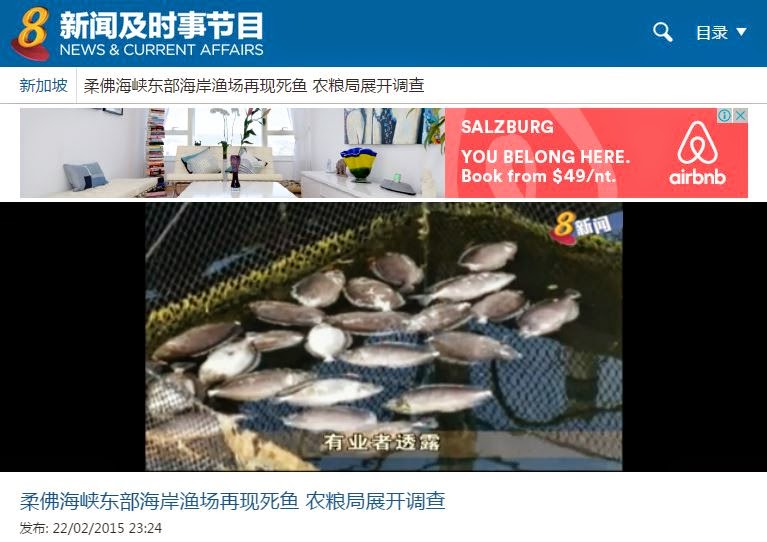 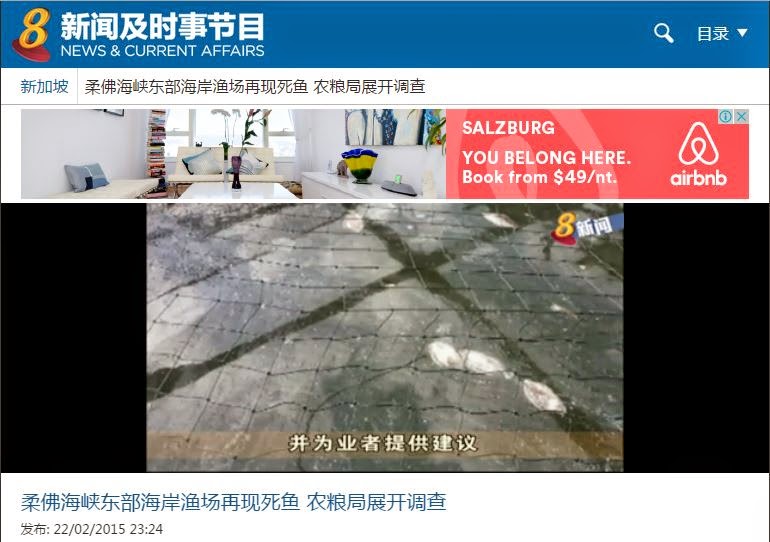 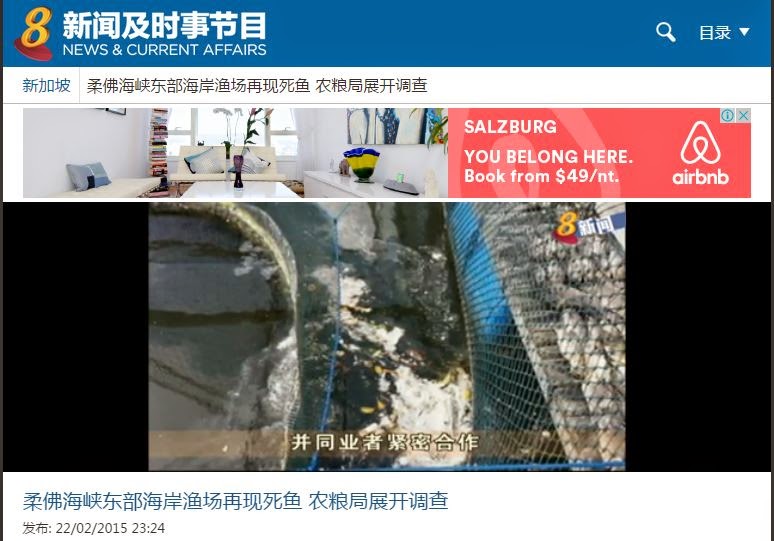 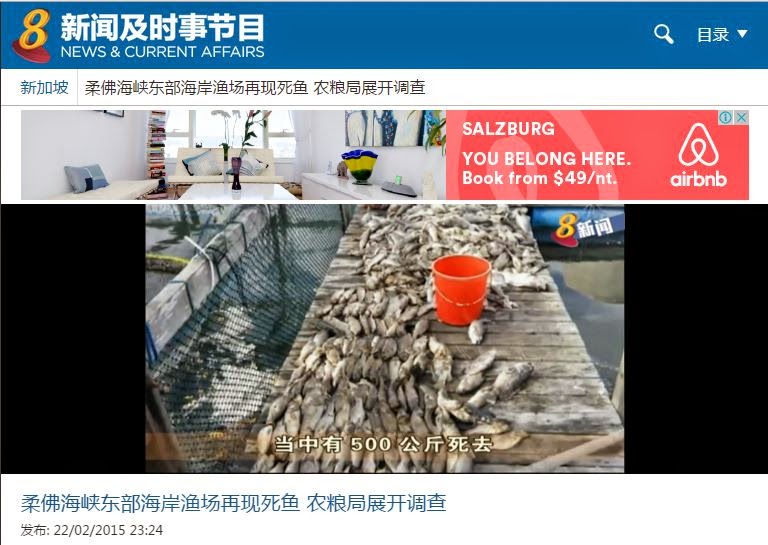 Around the same time last year, there were mass fish deaths at the Eastern fish farms located in the waters between Pasir Ris and Pulau Ubin. Conditions now are rather similar to last year: cloudless dry weather leading to higher water temperatures in the narrow Johor Straits. I noticed seagrass bleaching at Pasir Ris a few days ago, due to heat stress of higher water temperatures?

Is it important to find out exactly what are killing the fishes at Pasir Ris now?