Return to the 'secret lagoon' at Seringat-Kias and we saw a small patch of seagrasses! They looked like Sickle seagrass as well as Needle seagrass! 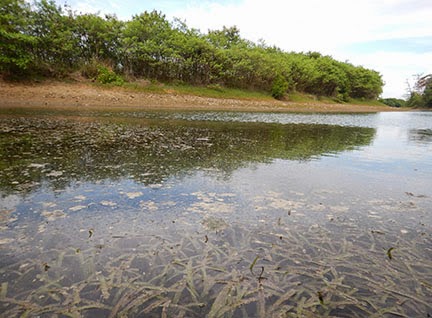 We also came across Api-api jambu, a Critically Endangered mangrove tree! What a lovely surprise to see in this artificial lagoon.


There were also lots of Spoon seagrasses, a LOT of 'scum', and among them, small clumps of different kinds of sponges. 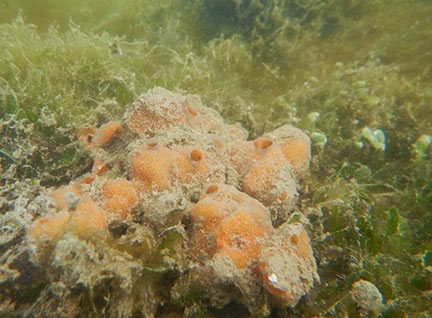 Here's some of the clumps of sponges I saw. 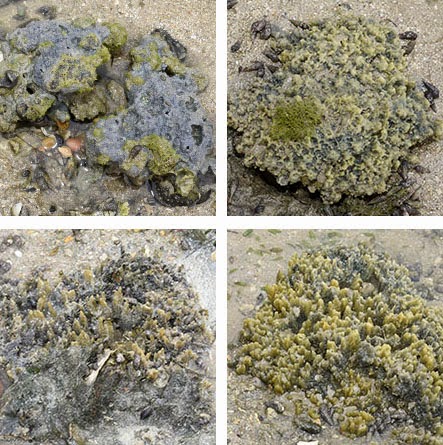 I saw some small Api-api sapling and jokingly said they were Api-api jambu which is quite rare in Singapore. What a surprise to find out it was indeed. The larger flowers and the square stems all the way to the leaf-bearing portion, as well as the lime-green stem gave it away. 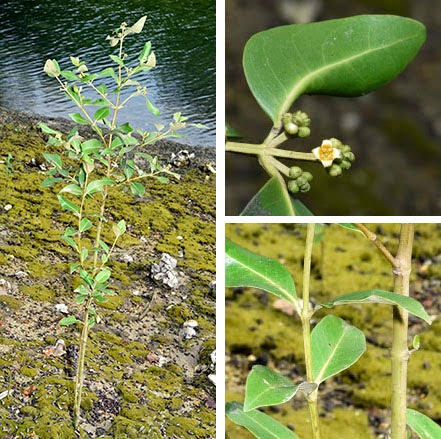 We saw a few more Api-api jambu saplings. So many young Api-api jambu means there should be a mother tree nearby. We turned around and there she was. She is quite tall with a nice thick trunk. Kwan Siong estimates she would be about 10 years old! 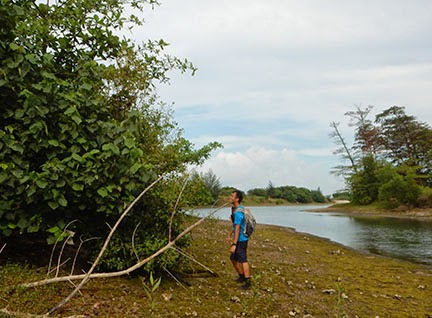 The mother tree was flowering and fruiting profusely. All the fruits were still young. We should come back later and harvest the ripe fruits for replanting this rare mangrove tree elsewhere in Singapore. 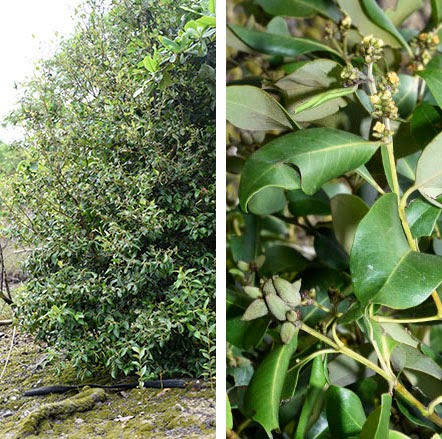 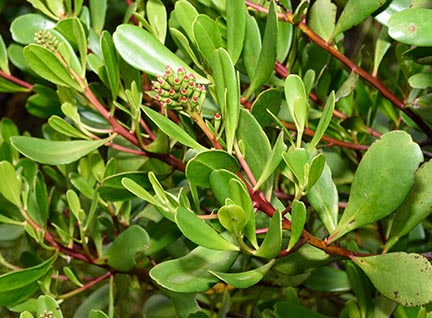 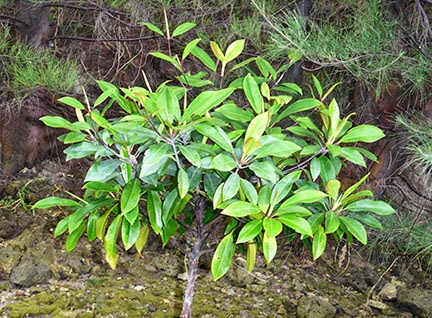 And several small Tengar. Thanks to Kwan Siong, I learnt how to identify these by the spear-shaped stipule or new leaves. But we won't be sure of what kind of Tengar this is until the plant flowers. 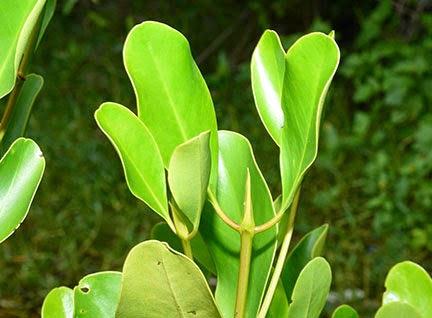 There were lots of Orange fiddler crabs on the shore. 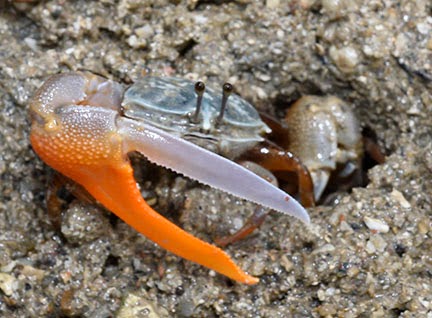 Sadly, there was also a few abandoned crab traps. 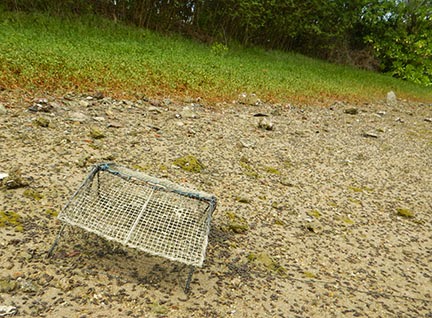 Alas, there is also a line of plastic trash. This is also the line where mangrove seedlings take root. So as they grow up, they have to constantly deal with incoming trash. 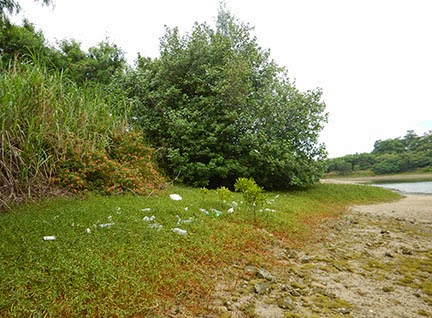 On this trip, I managed to cross the artificial 'canal' between the sea wall. Thanks to help from Kwan Siong. Here's more about my earlier trip to the lagoon two weeks ago. 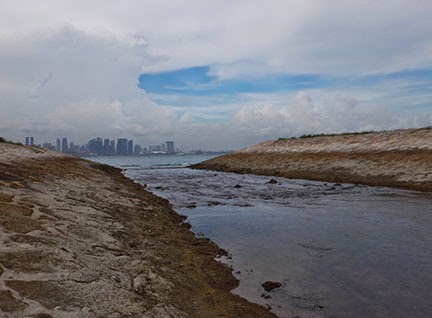 The seawalls near the pontoon are encrusted with corals hard and soft, as well as other marine life such as huge Long-spined black sea urchins. 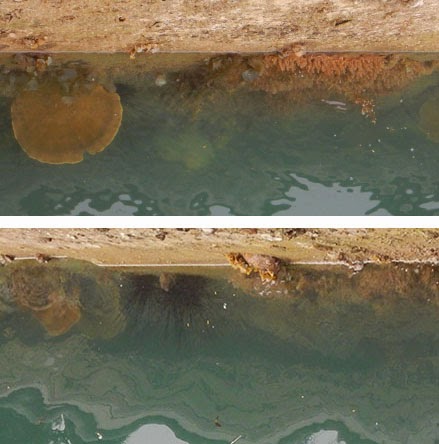 The pontoon was also encrusted with colourful life. In the water beneath, I saw all kinds of reef fishes, but they were too fast to take photos of. 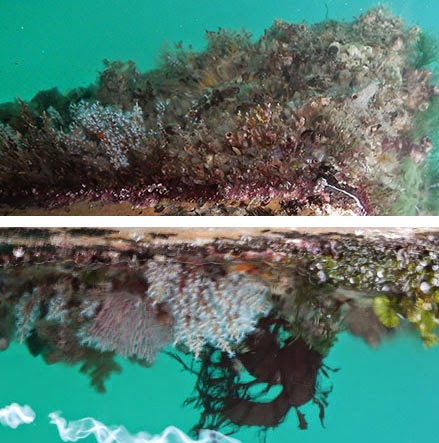 Where do all the mangrove trees come from? What kind of marine life settles on seawalls. Hazel and Wen Ting from Peter Todd's lab are studying these and other questions. Thanks to the ladies for letting us come on their trip.
Posted by Ria Tan at 11:01 AM