Checking up on dead fishes at Sungei Buloh 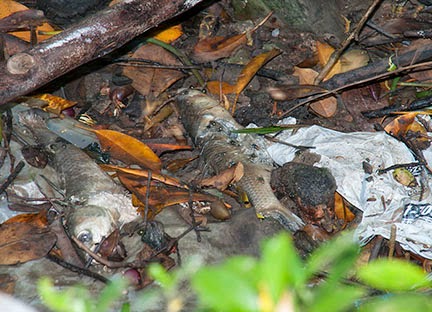 On 25 Jul, I returned to Sungei Buloh to check on the dead fish situation. I also attended the opening of the Lorong Halus Jetty where for the first time in decades, fish farmers in the East are provided with industrial-sized trash disposal containers dedicated to fish farm trash on the mainland.

There were not many freshly dead fishes. I saw about 30 dead fishes and most looked like they died in the days before. 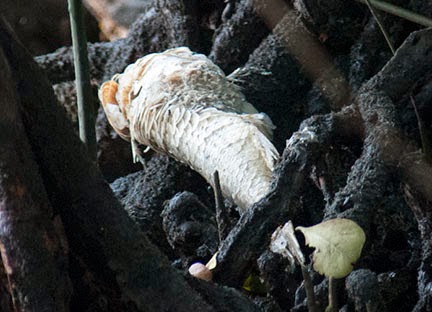 Along the sides of Sungei Buloh Besar there remained some scummy bits, but no floating dead fishes. 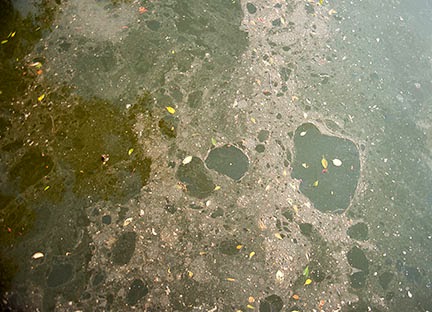 The water under the Main Bridge was the usual greenish and there were lots of halfbeaks and archerfishes as usual. In the Pond next to the Main Hide, I saw lots of tiny baby fishes. So it looks that things are returning to normal. 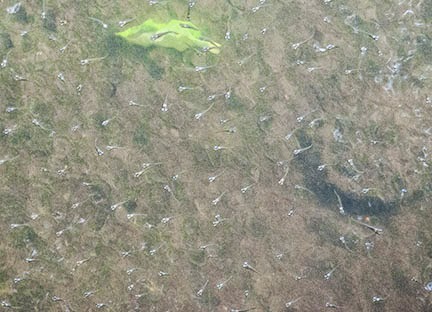 There were two small Malayan water monitor lizards patrolling the shores. These scavengers will probably eat most of the dead fishes. 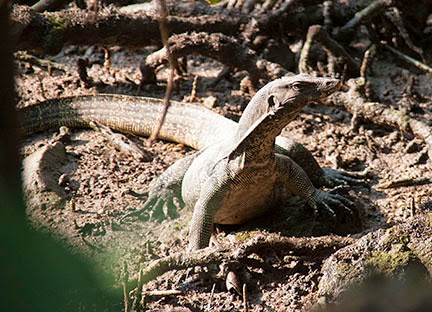 Healthy mangroves have better ability to recover from pollution impacts. This is why it is important to minimise impacts and prevent threats that are within our control. Just off Sungei Buloh Wetland Reserve and towards the west are 54 floating coastal fish farms licenced by AVA. On the other side of the Johor Strait, there is reclamation going on. 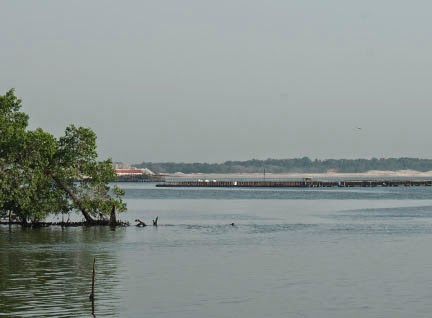 The Sungei Buloh mangroves like all our other shores are impacted by marine trash. These large boards and planks come from industrial users and not recreational users. 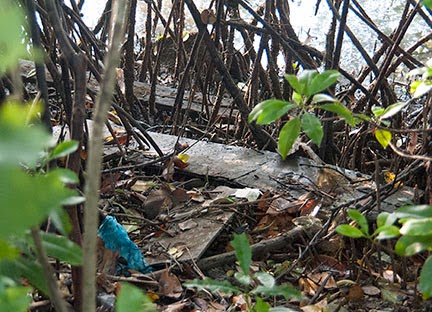 There are large containers trapped in the roots of the mangrove trees. 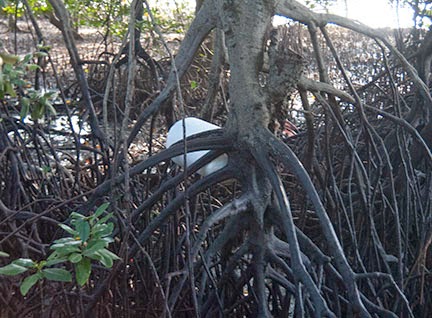 Along my short stroll I saw several large fish meal bags, used to contain feed for fishes raised in aquacultural cages in the Johor Strait. 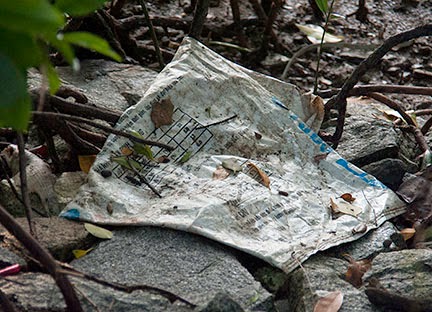 I also saw many large bags of detergent. 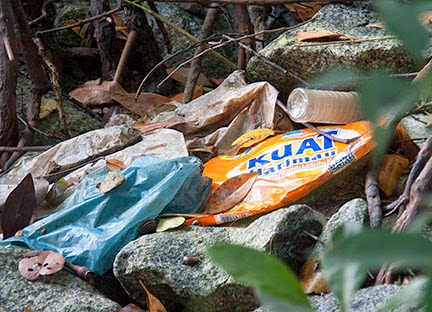 None of the 117 coastal fish farms licenced by AVA are provided with daily door-to-door trash collection. Although this service is provided by MPA to all ships parked in port, and by NEA to all businesses and households on the mainland.

With the launch of the Lorong Halus Jetty last week, the 63 coastal fish farms in the East have for the first time since the 1970's been provided with industrial-sized trash disposal containers dedicated to fish farm trash on the mainland. 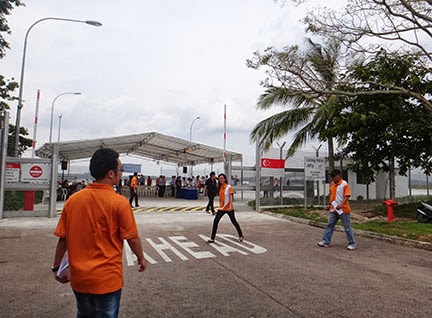 But fish farmers still have to haul their trash to the mainland. This is the Bin Centre at the Lorong Halus Jetty. 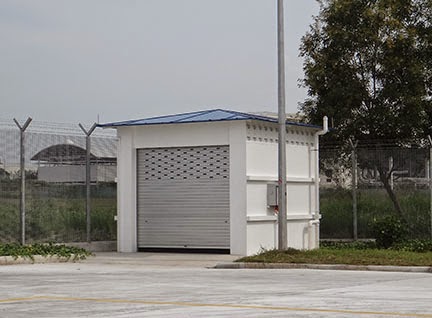 The media during the opening were given a look at the inside of the Bin Centre. 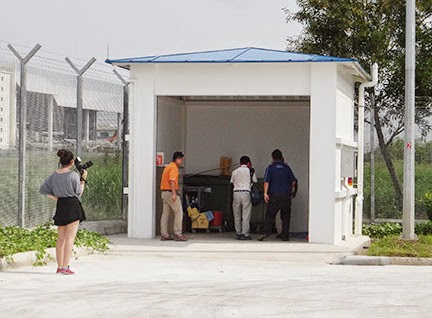 There appears to be two standard green bins in the Bin Centre. 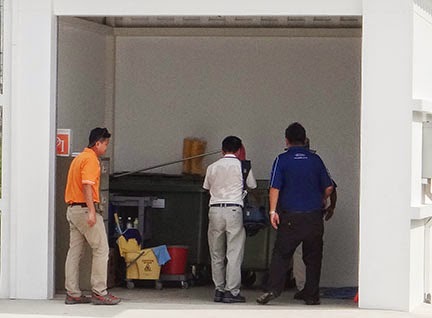 Here's a look at bags of fish meal, with small fish farmers' vessels and a larger AVA vessel. 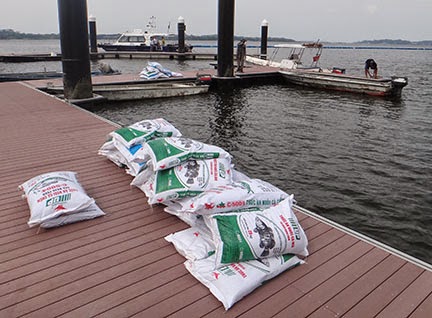 The facilities provided include a concrete jetty as well as floating pontoons for smaller vessels to berth. 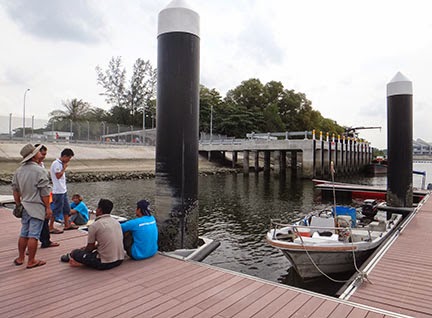 It remains to be seen if this arrangement improves the trash situation on the Eastern shores nearby such as Pasir Ris and Pulau Ubin.

Fish farm trash on our shores