Shock from the Deep, with otter on Day 3 of the Southern Expedition

Electric rays! These cute little fishes were among the finds during the Deep Dredge today! They were last recorded in 1964 and are different from the spotty electric ray that we have seen in shallow water. 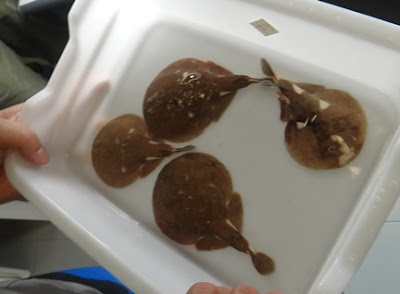 AND lots more interesting finds during the dive survey too.


Today, Dr Tan Koh Siang, the Expedition Leader joins the Expedition. He was called away and had to miss the first two days. We are sure glad to have him back with us. 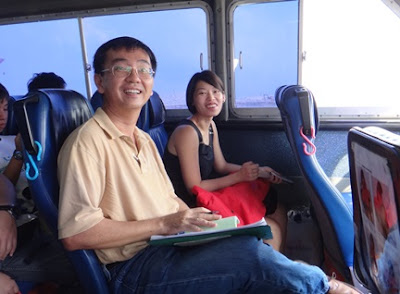 I am always amazed at how the TMSI staff, like Helen, can drive the buggy so rapidly backwards all the way to the end of the jetty. To pick up luggage, supplies, meals, people, etc. 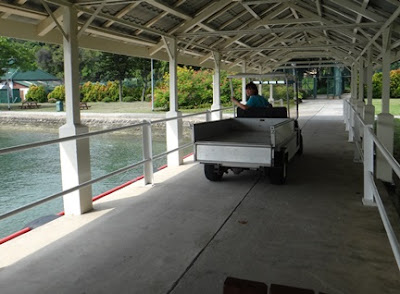 When I arrived at Base Camp, it was awfully quiet because everyone had already left, either for the Deep Dredge or for the first dive of the Expedition. I decided to check out the pontoons in the middle of the Base Camp lagoon. And there was already someone snorkelling there! 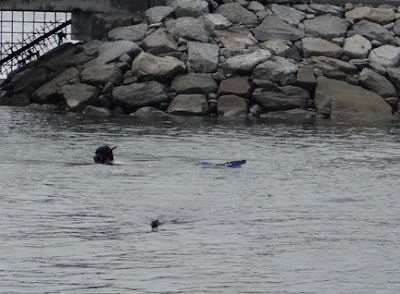 I wasn't surprised to see hard corals, soft corals and all kinds of other animals settling on the pontoon. We have seen similar beautiful marine life on other artificial structures in Singapore! 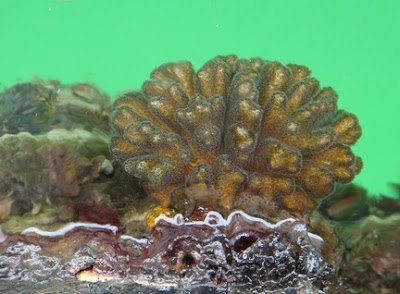 I couldn't find anything special and just decided to bring back some clumps of seaweeds to see if there were any sea slugs in them. This is best done back at the lab where we soak the seaweeds and then observe. Wow, we found flatworms, lots of worms and other tiny creatures. But no slugs, sadly. 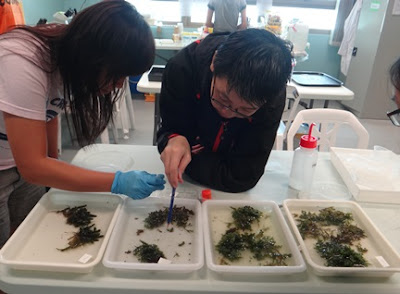 Prof Daphne has processed the sea anemone found yesterday in 100m deep water. It looks very much like the anemones we saw during the Northern Expedition, but when preserved, it didn't change colour like the Northern ones. Hmm...sea anemones can be so puzzling. 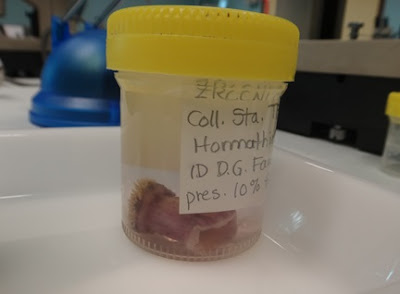 All too soon, the divers are back. Despite the low vis and strong currents, they managed to get all kinds of stuff! 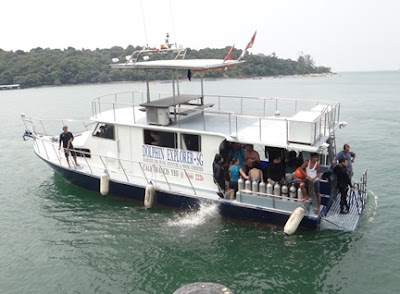 Dr Daisuke Uyeno has found a fish with his focus of study: parasitic copepods. These copepods infest all kinds of creatures and are more visible when their long reproductive masses emerge from the poor host. In this photo, the long tails and short 'sausages' emerging from the fish. Eeks. 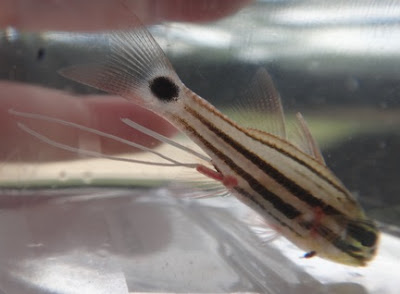 Soon after, Dr Bertrand and the Dredge Team have arrived back too. Wow, he sure is muddy! 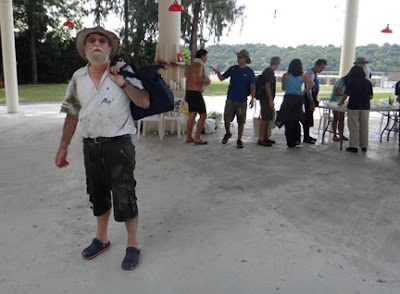 Thanks to Dr Joelle Lai, we have a glimpse of the second Deep Dredge for the Expedition. She took this photo during the dredge. I understand they hit 114m on today. It was indeed very muddy! 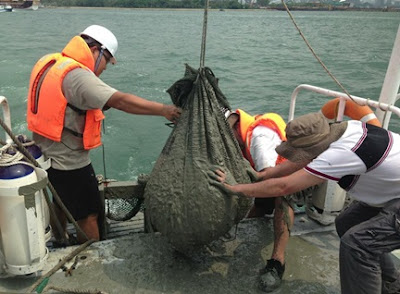 With this huge load of stuff coming in, the ladies are busy assigning numbers, setting up sorting lines and quickly dealing with all the specimens in an orderly and organised manner. Meanwhile, we all had another lovely lunch. 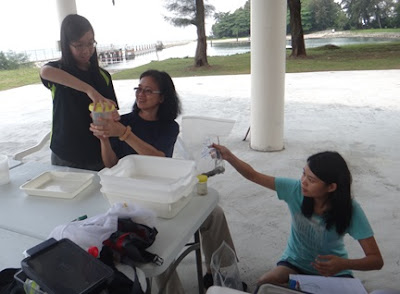 The Deep Dredge brought up lots and LOTS of basket stars! This time, many of them intact. Wow. We had once thought that these creatures were rare or even no longer found in Singapore waters. 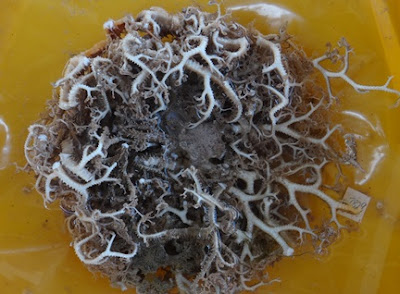 There were also lots of very large beautiful feather stars. Some that don't look familiar to me. Here are just a few of them, 'queuing' up for their photos to be taken. 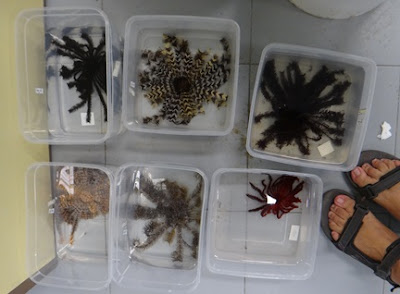 Feather stars are full of commensals, from crabs to brittle stars, worms and shrimps. The dredge also found large sea urchins and even a pretty little Scaly sea star. 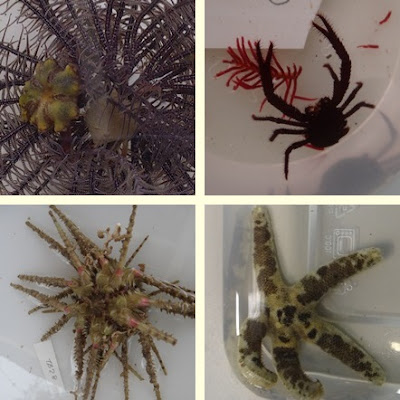 Dr JC Mendoza shows me this strange looking Mantis shrimp. It has ridges along the length of the body! Does it make it fast as a Ferrari and allow it to zoom rapidly? Is this a new record for Singapore? So much yet to figure out. Fortunately, Dr Shane Ahyong is with the Expedition to help us out! 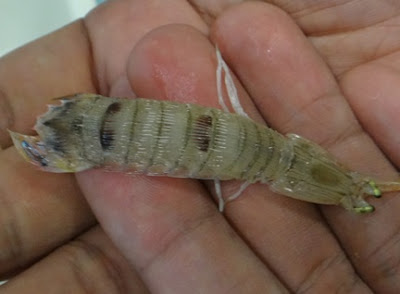 Thankfully, a large contingent of volunteers turned up this afternoon. They really helped with sorting the large amount brought back by the dredge and dive surveys! 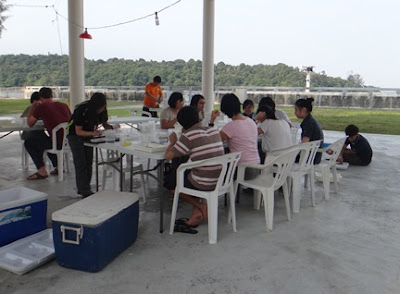 Here's a strange fish that Dr Zeehan explained but which I have now totally forgotten what she said. But it sure was an interesting long fish. 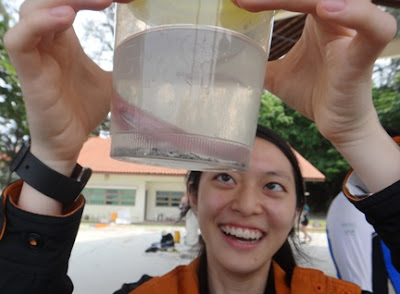 Dr Gretchen Lambert came by to have a look at the many ascidians found in the dive and dredge surveys. She kindly shared with me a photo of a strange ascidian that lives in a 'house' with its two little in- and out-current funnels under a 'roof'. When it is alarmed, the animal can retract rapidly and slam shut the 'door'. Wow! 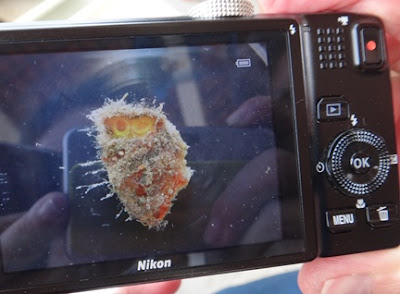 After lunch, during the not-so-low tide, Prof Daphne and I explored the western side of St. John's Island. There are nice rocky areas here. Here's a post about a trip I made here in 2009. 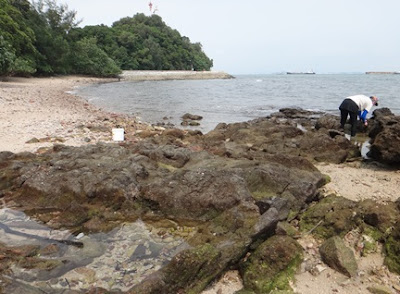 Hurray, Prof Daphne found the special Pink-spotted bead anemone which she named after her husband who found it where no anemone researcher would look. Very high up on the shore! We also saw the usual kinds of rocky shore marine life there. 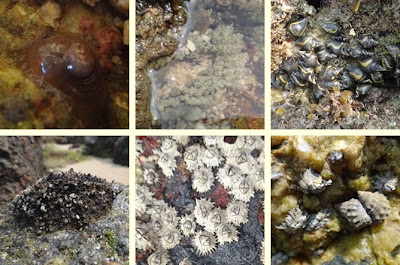 Just as we were about to settle for dinner and as the 'night shift' arrived, an otter was sighted near Base Camp! Wow! It was apparently quite a large otter. Long-time TMSI staff have seen dolphins and even sea turtles at St. John's Island, but this is the first time they have seen an otter! The only otter I've seen in the South was a little one in Pulau Semakau in 2011. 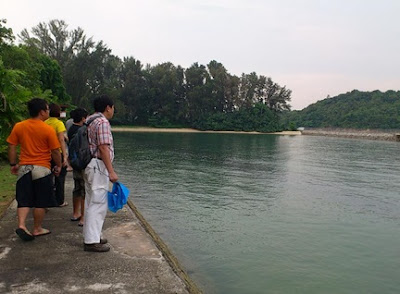 After another great dinner, as I left Base Camp at sunset, the divers were getting ready for a night dive. I wonder what they will find?!

During the Expedition, I will try to post live updates on twitter as well as to facebook and the Mega Marine Survey facebook page. These will get less frequent as I start to do field work. I'm not very good at the smart phone in the field, and also, phone connections are not always strong enough to post regularly. So also check out tweets by participants using the hashtag for the Survey  #MegaMarine. These are consolidated on the Mega Marine Survey blog.

Volunteer sign up for the Southern Expedition are already closed due to limited places and early logistical arrangements needed for participation.

But no worries, you CAN still join the Survey! Lots of surveys will continue after the Expedition, just at a less frenzied rate. There will be lots of other opportunities for volunteers to participate in dredging, field surveys as well as laboratory sessions. To join the Mega Marine Survey, register your interest in this form and you'll be invited to join the mailing list to receive updates on the Survey and sign up for Survey activities. Also check out the FAQs for more about the Survey.
Posted by Ria Tan at 9:57 PM