We enjoyed a glorious sunrise on our trip to Pulau Jong! And also came across some interesting animals. 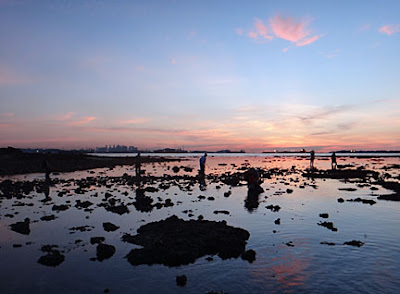 It's the last of our recces to prepare for the Mega Marine Survey's  upcoming Southern Expedition in May.

We arrived in the dark and once again relied upon Jumari to find us a safe spot to land.

Fishes are easier to photograph at night! Even with small swimming camera in torchlight! 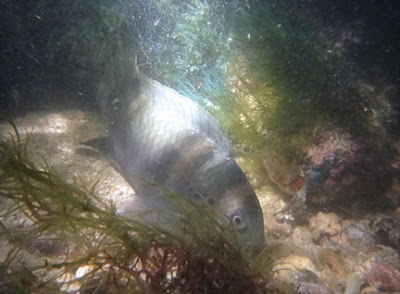 It's tricky landing on a rocky reef. We don't want to trample on corals and other growths. We also don't want to step on Blue-spotted fantail rays (Taeniura lymma) or Mr Stonefish! Fortunately, we had another injury-free trip. 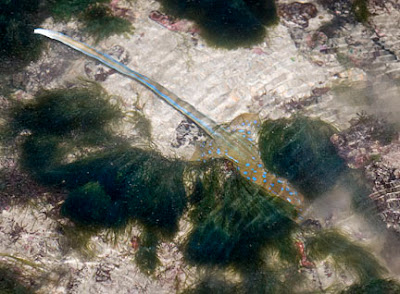 The little char-siew pau shaped island is just a short distance from the CBD. At low tide, a large reef flat surrounding it is revealed. 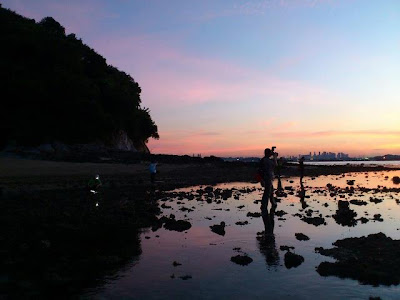 Pulau Jong lies next to the petrochemical plants on Pulau Bukom, producing puffs of emissions into the night sky. 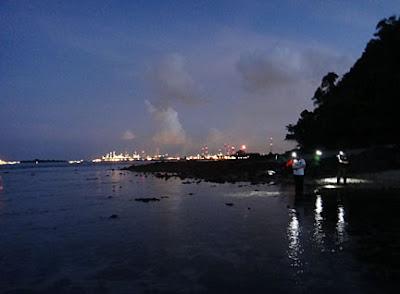 On the other end of Pulau Jong is Pulau Sebarok, where large amounts of petrochemicals are stored. 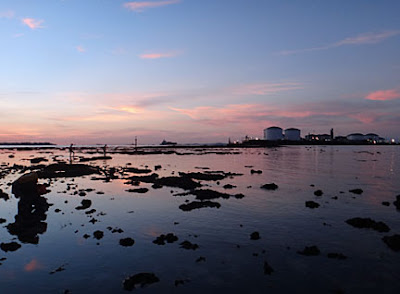 It's timely to visit Pulau Jong because of the nearby ongoing work by Shell to replace the SBM pipeline which would involved dredging and other major works. I attended a Shell briefing on this in Sep 2012.
There was a large vessel just off Pulau Jong, probably working on this project. 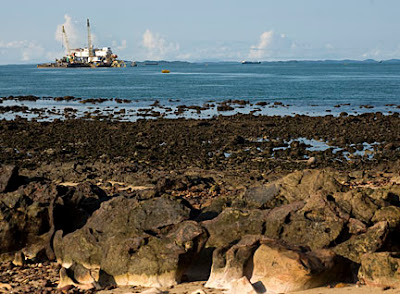 In anticipation of possible impacts of these works to the Jong reef flats, I quickly took photos of the common soft and hard corals seen here. I didn't come across any that were bleaching and most seemed alright. Although many of the leathery soft corals were still fragmented into smaller pieces. 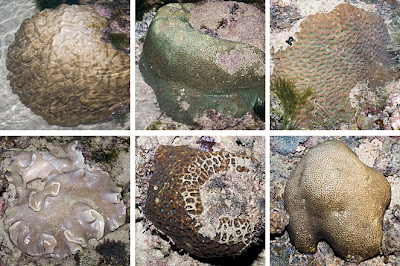 These soft corals and hard corals that were the first to bleach during the last mass coral bleaching event were alright today. The shore looked pretty much as it did on my last trip here in Jul 2012.

I was relieved to see that the Fluted giant clam (Tridacna squamosa) on this shore is still alright. 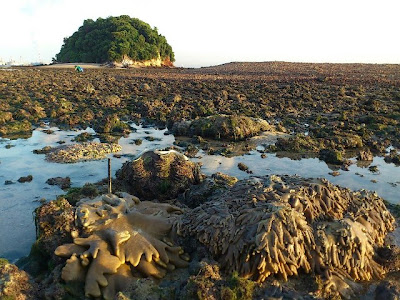 I also found the Merten's anemone (Stichodactyla mertensii) that we saw here on previous trips. 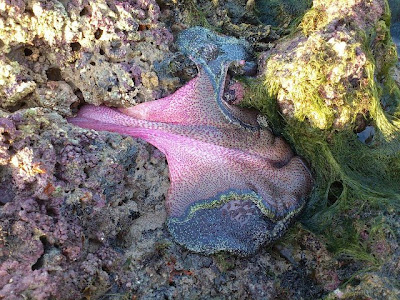 I noticed some larger sandy areas on the reef flat today. And it was here that I found a strange snail that I've not seen before. 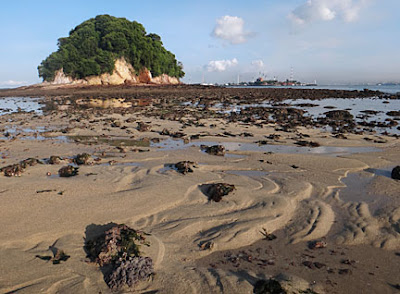 The animal was white with speckles, and blue eyes! 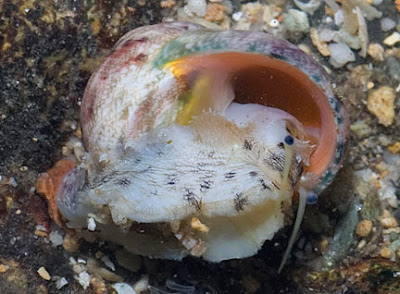 Here's a closer look at the snail. It looks like some kind of Top shell snail (Family Trochidae).

There were also many patches of Sickle seagrass (Thalassia hemprichii) on the eastern side of the reef flat. The seagrass was fresh and green, mostly long. 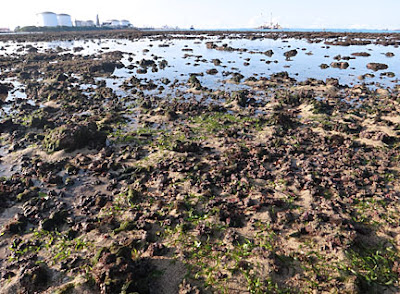 There were only small patches of Spoon seagrass (Halophila ovalis). 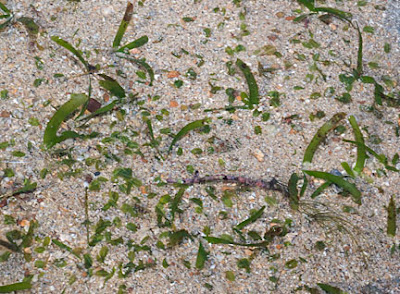 Pulau Jong has wonderful natural cliffs, topped by a natural coastal forest. Throughout our visit, we heard calls of herons and other birds in the vegetation. 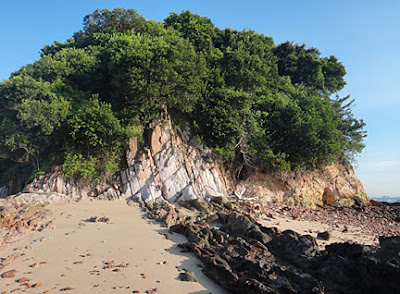 Alas, we came across three huge fish traps or 'bubus'. One fish trap was already 'disabled'. We set to work to 'disable' the rest. 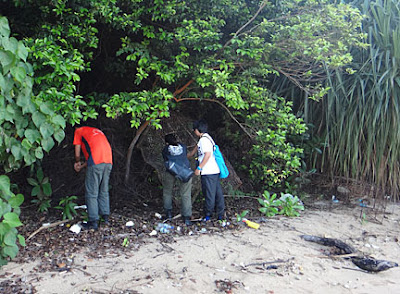 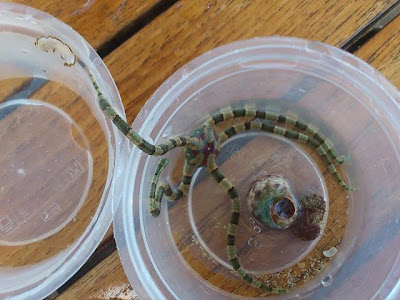 After the trip, we rushed off for Day 1 of the much anticipated Bryozoan and Hydroid Workshop!