"What's that big animal out on the shore?!" Mei Lin remarked as we headed out to Chek Jawa in the evening. 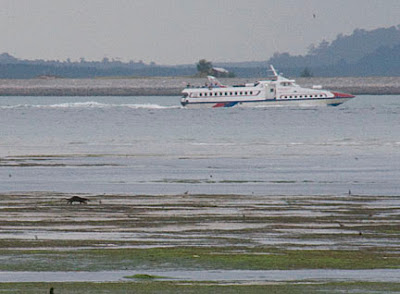 It's an otter! We also managed to get seagrass work done, and spot other interesting marine life!

My feeble lens is not long enough and here's my best result of the frisky otter before it disappeared into the water. 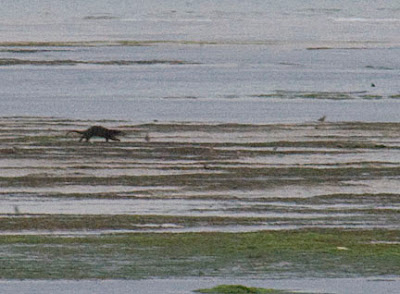 How nice to see after the trip that a brand new facebook page, OtterWatch has been set  up to gather otter sightings! This is part of Meryl Theng's project to study Singapore's otters, and she has just posted on her blog some tips on how to distinguish an otter from other large marine animals you might see on the shore. Bravo! Mei Lin has already submitted this sighting to the study. Please also contribute your sightings too! And tell your friends about OtterWatch! 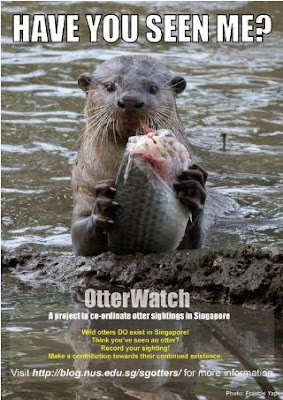 I was kindly invited along this trip by a group of students who are studying seagrasses. Uh oh! Weather is building up as we headed for the shore. 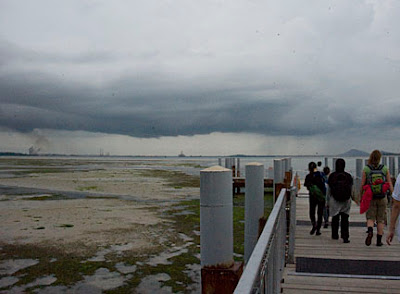 My job today is to show Eva and her team Needle seagrass (Halodule sp.) on Chek Jawa. There's lots of them here. They grow well on sand bars, especially the portion facing the sea where they seem to be the first to settle on bare sand. 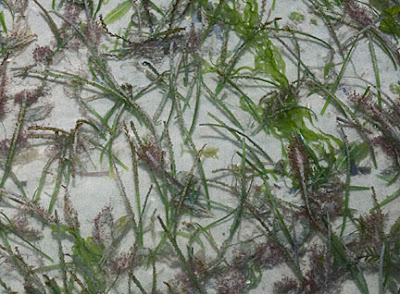 Needle seagrass can vary widely in width and length. For example, following our last trip to Cyrene, I took closeups of the skinny needle seagrass blades with the much broader seagrass blades that are sometimes seen. Mei Lin and I tried to find some on Chek Jawa for Eva but we didn't come across any. 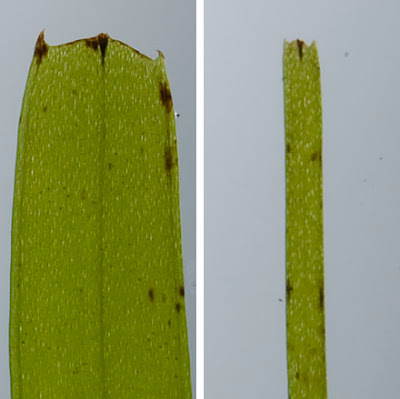 The patch of Smooth ribbon seagrass (Cymodocea rotundata) at Chek Jawa is still huge and lush. There are also good stretches of Fern seagrass (Halophila spinulosa).

I also took the opportunity to take close up photos of some seagrasses found on Chek Jawa. The tips of Smooth ribbon seagrass (Cymodocea rotundata) can vary quite a bit! But the tip is always smooth and has no serrations. 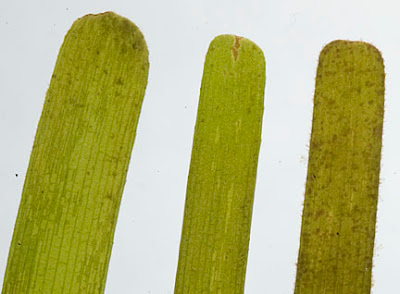 Spoon seagrass (Halophila ovalis) is abundant on Chek Jawa and also found on almost every shore in Singapore. 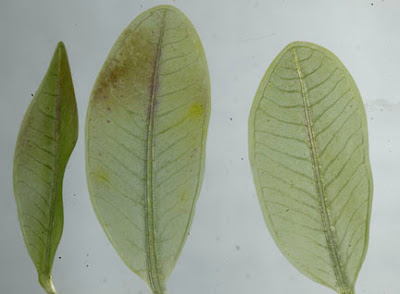 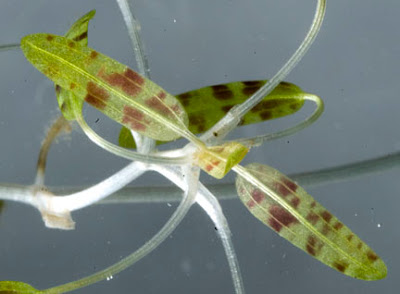 Fern seagrass (Halophila spinulosa) is only found on our northern shores and is common on Chek Jawa and Changi. It is made up of tiny little leafets. Each leaflet has serrated edges. 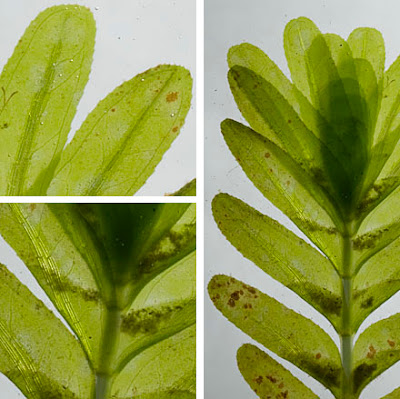 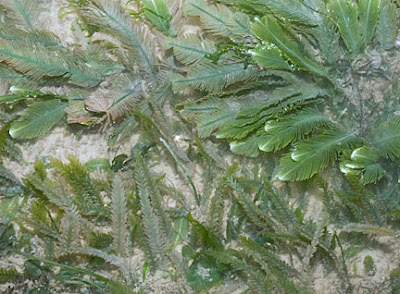 After we did the work we came to do, we had a quick look around. The sun had set by then and all kinds little creatures were starting to come out! We saw a Common sea star (Archaster typicus) and a Plain sea star (Astropecten sp.). 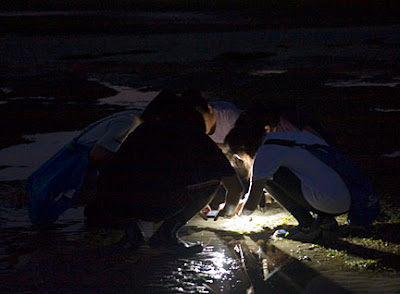 Mei Lin found this tiny hermit crab with a tiny sea anemone on its shell! 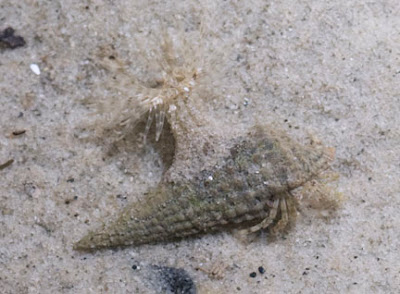 There were also many little gobies (Family Gobiidae) in the pools. They are easy to miss as they blend right into the sandy bottom! 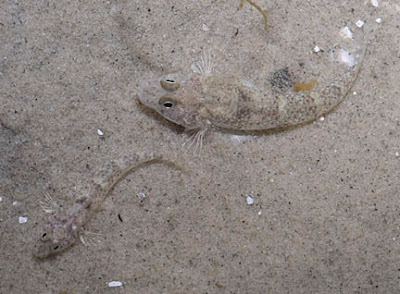 How nice to come across several Garlic bread sea cucumbers (Holothuria scabra) that are believed to play an important role in seagrass health. There are also tiny little fishes among the seagrasses, like this well camouflaged filefish (Family Monacanthidae).

Eva called us over to see a cerianthid (Order Ceriantharia) which had captured a tiny shrimp! It's the first time I've seen this behaviour!

Even though cerianthids are common and I've been going out to the shores so regularly. Just goes to show how much more we have yet to observe and learn about our shores!
Posted by Ria Tan at 11:23 AM