Beting Bronok is a very special Northern shore which used to be teeming with corals and 'reefy' marine life. Among the many rare animals commonly seen here are Bailer volutes (Melo melo). 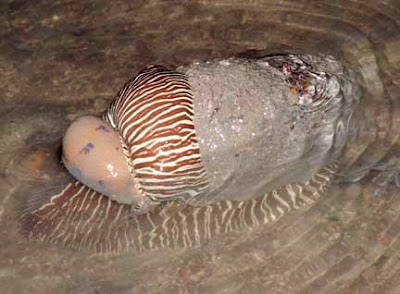 When I first saw this, I was quite perplexed. It sure looks like a Bailer volute, but a very oddly shaped one.

This is what a Bailer volute usually looks like. Looking more closely at the one above, I realise there is a small Bailer volute 'riding' on a much much bigger one. I have no idea what is going on! Bailer volutes eat other snails. Perhaps the little is making sure it doesn't get eaten?! 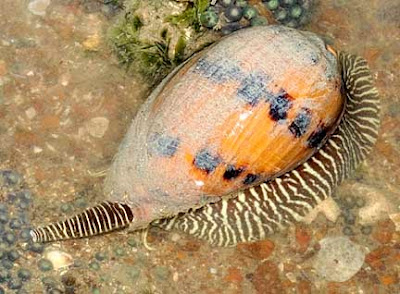 The cutest mollusc on any shore is of course the octopus. Those on Beting Bronok are tiny. I saw one hunting in a pool of water which looked like the usual Reef octopus. And many stranded out of water look pale and smooth. I have no idea if they are a different kind.

There are still a wide variety of sponges on Beting Bronok, in all kinds of shapes and colours. For some reason, we did not see very many nudibranchs, which is usually the case on a 'spongiful' shore. 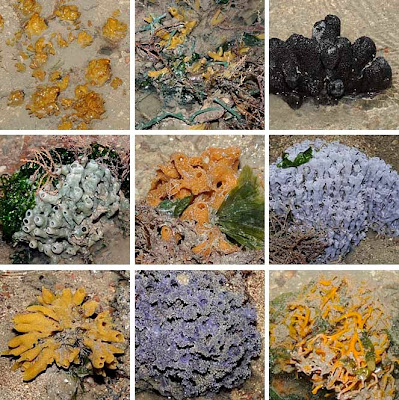 The only slugs I saw today were a solitary Hairy sea hare (Bursatella leachii) and James found this Bushy slug (Polybranchia orientalis) which we sometimes see in large numbers at our northern shores. Kok Sheng saw more slugs!

We are delighted to see many large Knobbly sea stars (Protoreaster nodosus) although these numbers are far less than they used to be. Unlike on other shores where they are found, we didn't see any small Knobbly sea stars on Beting Bronok. There are only very large grizzled great-grandmother Knobblies. 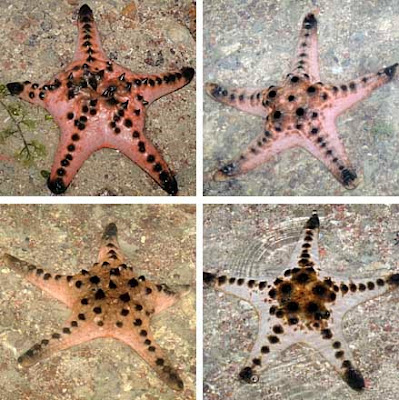 The most common sea star on this shore are the Biscuit sea stars (Gonodiscaster scaber). They were seen in various sizes from small to very large ones. 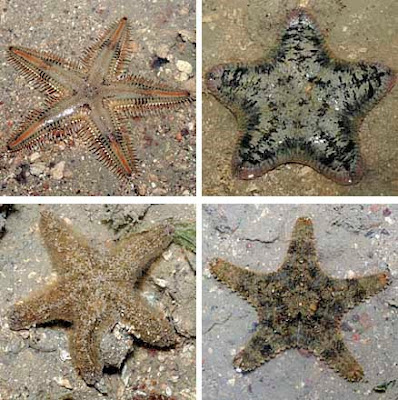 The only sea urchins I saw today were the Thorny sea urchin (Prionodidaris sp.). And lots of them. Some were small with thin spines. Others were enormous with thick thorny spines.

Also still common on the shore are Thorny sea cucumbers (Colochirus quadrangularis). I also saw some Orange sea cucumbers, though not in large numbers as in the past. And I saw two smooth sea cucumbers.

Alas, none of us saw any feather stars (Class Crinoidea), which used to be common here. But Chay Hoon found a basket star!

As for crustaceans, I saw a few Flower crabs (Portunus pelagicus) and this pretty Swimming crab with pale blue pincers (Family Portunidae). A well camouflaged Velcro crab (Camposcia retusa) was perched on a bleached coral. There were many Striped hermit crabs (Clibanarius sp.) and Mei Lin saw a special hermit crab. While I saw a gathering of many striped Cleaner shrimps (Lysmata sp.). The rest of the team also saw a tiny spider crab. But strangely, I didn't see any Egg crabs (Atergatis sp.). 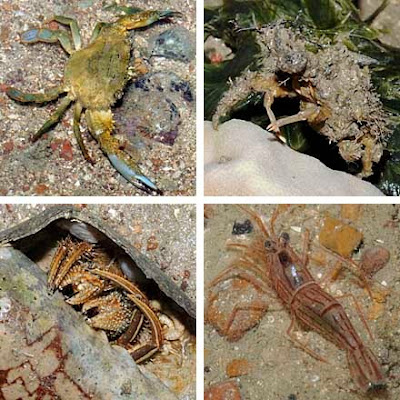 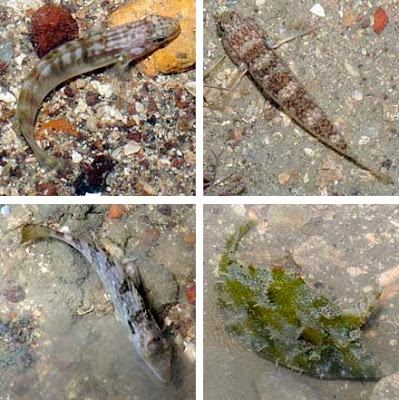 I saw two of these fishes. I'm not really sure what they are.

When I first saw this Brown-spotted moray eel (Gymnothorax reevesii) stranded out of the water, I thought it was dead.

But I noticed it was moving a little, so I carefully moved into the water, whereupon it wriggled away! The rest of team also observed stranded morays in a similar situation. This moray eel is very common on Beting Bronok, and we also often see it at Tanah Merah.

The rest of the team also found a pair of Estuarine seahorses (Hippocampus kuda)! And Chay Hoon saw a baby bamboo shark as well as an Marbled sea snake (Aipysurus eydouxii)!

Sadly, there were several fish traps on the reef. 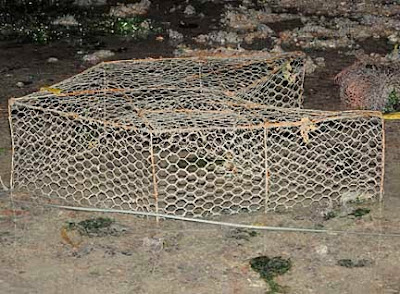 The team rescued a catfish from the fish trap, but the rest of the fishes in the trap were already dead. 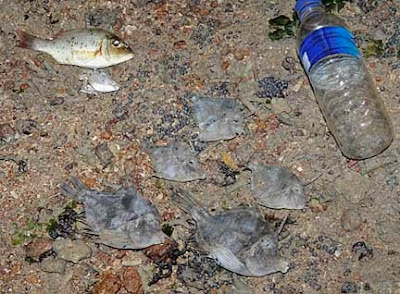 How nice to come across small patches of Spoon seagrass (Halophila ovalis) on the soft silty parts of Beting Bronok. I have not seen any kind of seagrasses on this shore before. 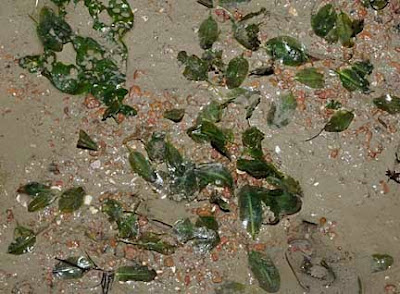 Today I saw a wide variety of seaweeds. Beting Bronok is so far the only place where I've seen the Parasol seaweed (Caulerpa peltata) growing in 'branches' (photo on the left). The usual form is in the photo on the right with the little 'umbrellas' growing near the surface.

Thankfully, there doesn't seem to be obvious signs on Beting Bronok of any effect of the oil spill that hit Chek Jawa and Changi recently.

Although this shore remains full of interesting creatures, to me, every year I visit Beting Bronok, it seems a little less rich. I've been visiting this shore since before reclamation started nearby. Here's some old photos of marine life at Beting Bronok.

We can only hope for the best when we visit again next year. The beautiful sunrise this morning helped lift the spirits. 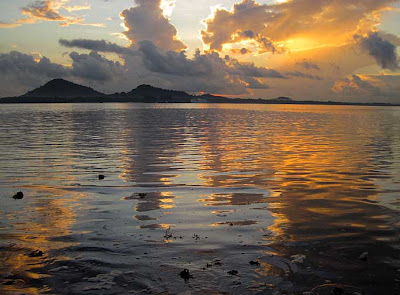 Thanks to Chay Hoon for organising the trip!

Other posts about this trip by