Why do fish have gills?

Of course fish breathe with their gills. But did gills evolve primarily for breathing? 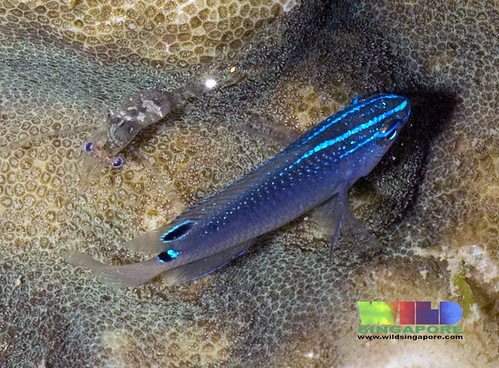 A recent study suggests fish evolved gills for the primary purpose of regulating the chemicals in their bodies.

Biologists have cast doubt on the long-held theory that fish gills evolved primarily for the purpose of breathing.

The researchers studied the development of gills in rainbow trout larvae.

Their experiment suggests that it is likely that fish evolved gills for the primary purpose of regulating the chemicals in their bodies.

The team reports in the Royal Society journal Proceedings B that this developmental study gives an insight into the evolution of fish gills.

Clarice Fu, a zoologist from the University of British Columbia in Canada, led the study.

She and her colleagues found, as the larvae matured, their gills developed the ability to regulate the chemicals in their blood earlier than they began to take up oxygen.

To discover this, the team measured the uptake of ions, which are charged chemical particles, such as sodium.

These ions are necessary for the body's cells to function, but they become toxic if their levels in the blood become too high.

Ms Fu explained that fish take up these ions from the surrounding water, to "maintain this delicate ion balance in their blood".

"In freshwater fish, like rainbow trout, they tend to lose ions from their blood to the water, because the ion concentration in blood is greater than that of freshwater," she said.

The team took measurements from the gills of young, developing rainbow trout to find out what functions they were performing.

"When the gills are still immature, a significant portion of ion uptake occurs at the skin. As the fish get older and the gills mature, [this] can gradually shift to... the gills," said Ms Fu.

Ms Fu told BBC News that the "pressures" on developing larvae are similar to evolutionary pressures.

"Some of these pressures include an increasingly active lifestyle, greater body size, increasingly thicker skin," she said.

Ms Fu explained that, as the larvae developed, the pressures drove ion exchange to the gills before the animals started to breathe through their gills, so the same thing may have happened as the fish evolved.

Professor Rick Gonzalez, from the University of San Diego in the US, studies the physiology of aquatic animals.

He described the study as a "very interesting first step", but said it wasn't clear if it answered the question of why fish evolved gills.

"Gills combine some of the functions of the lungs and kidneys in mammals, which leads to interesting interactions of function," he told BBC News.

"The physical and chemical nature of the water can play an important role in their function. So how these all work together to get the various jobs done is very interesting and offers insight into how natural selection works."