A bright blue sunny day at Tanah Merah, Andy and I head out to have a quick look. 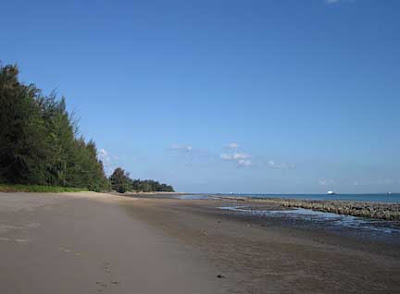 The tide seems a lot lower that it ought to be!

There's not many creatures out in the daytime, so I take the time to look more closely at the bazillions of Dubious nerites (Clithon oualaniensis) out on the shore.

They are very pretty. Its hard to believe that they are related to the Nerites that we see on the rocks. But like their much larger cousins, these little snails also have a striped body and long tentacles. 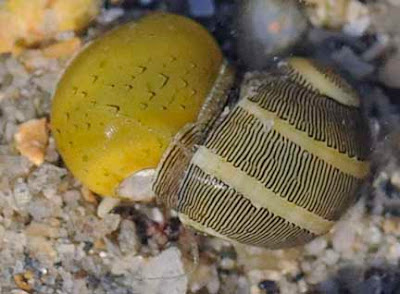 Among the more active creatures in daytime on the shores are hermit crabs. Unlike shores in the north like Changi, the Striped hermit crabs (Clibanarius sp.) are not so common at Tanah Merah. They are also much smaller. I wonder why? 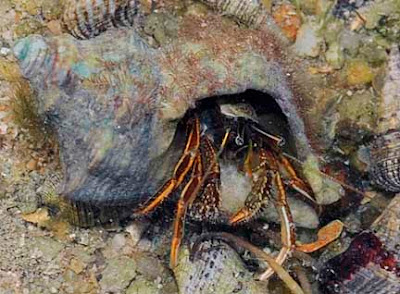 There are LOTS of these tiny hairy hermit crabs crawling about everywhere. 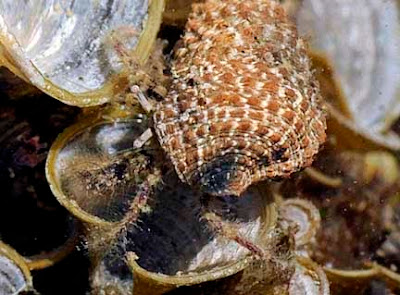 On the rocks, I saw this little black hermit crab that I seldom see. It has bright red antennae and little red-flagged appendages between the spotted eyes. 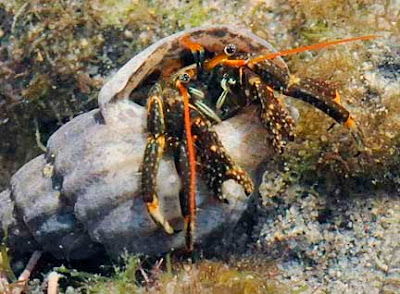 Also among the rocks, a little clam with a row of eyes. Probably a scallop (Family Pectinidae)? 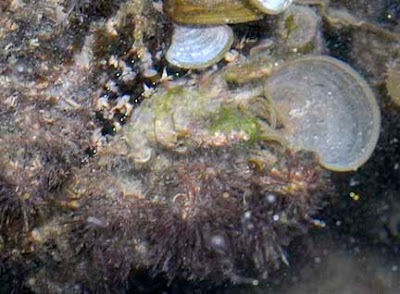 And finally, I see the special Spurred turban snail (Astrea calcar) that Kok Sheng has seen before here. It looks quite mundane until you see the gorgeous mother-of-pearl inner mouth.

This shore also has patches of interesting seagrasses. The small patch of Sickle seagrass (Thalassia hemprichii) is looking well and seems to be getting a little larger. This is the only patch of this seagrass that I've seen on the mainland, aside from the meadows at Labrador. 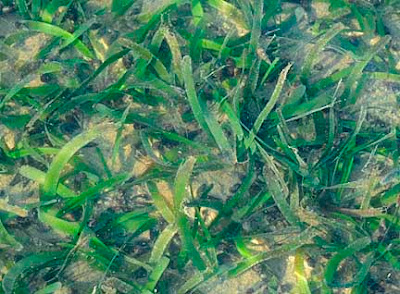 There's also a small clump of Tape seagrass (Enhalus acoroides). Alas, the tips are badly chomped, and the clump is entwined with all kinds of seaweeds. 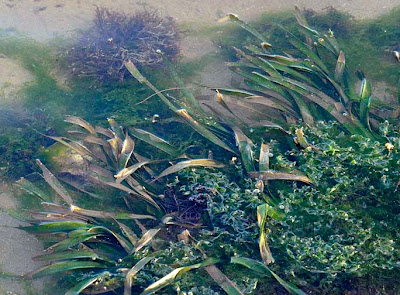 Seagrasses provide shelter for lots of tiny animals, like hermit crabs and Dubious nerites. Also a place for them to lay their eggs. The little white spots seem to be the egg capsules of the Dubious nerites.

There were also clusters of these odd spiky egg capsules. 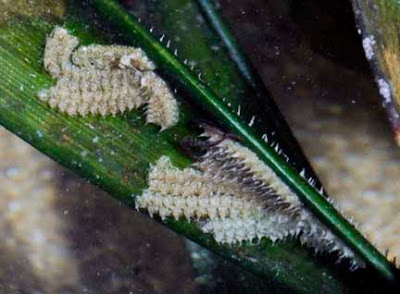 There's a large meadow of Spoon seagrasses (Halophila ovalis) at one corner of this shore. 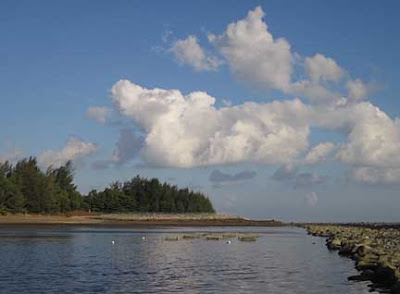 Eugene has set up an experiment here. It's great that we are finding out more about our seagrasses, including those that settle down on reclaimed shores like this one. 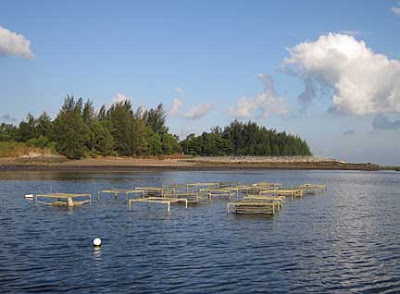 It took a while for me to find the Common sea stars (Archaster typicus) that we previously saw grouped in large numbers. There were only a few out and about on this trip. Perhaps they were all well hidden in the sand from the scorching sun. 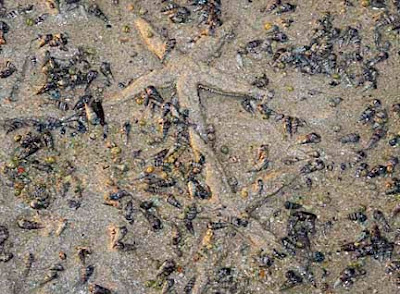 As we explored, I said hello to these people who were gathering flower crabs and turban snails from the shore. 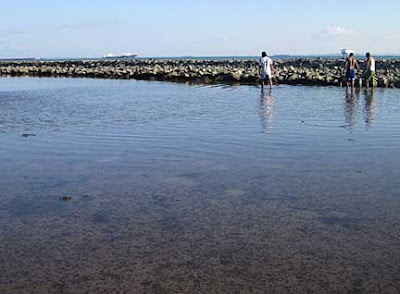 As the tide started to turn, the people began setting up driftnets on the shore. 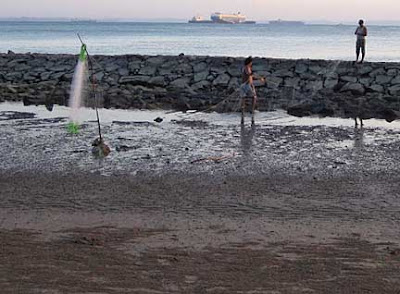 There was another plastic bag full of nets on the shore. 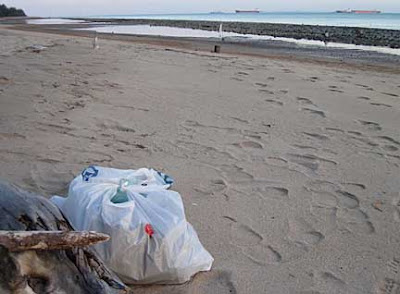 Andy also found a stonefish!! Check out Andy's video clip of the fish, which clearly shows how difficult it is to spot the fish among the many stones on the shore. By the time we met up and went back for me to have a look at the fish, the tide was already high so we decided not to risk it.

This is the third stonefish we have seen on this stretch of shore!

I also just heard that another of our friends doing field work got stung by a stonefish two weeks ago. It's important to be careful on the shore. Here's more about safety on our shores. 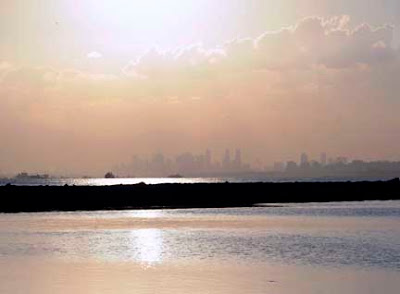 It was a very hot and hazy day! More trips coming up this long weekend!
Posted by Ria Tan at 9:02 AM